Film producer Guneet Monga, awarded France’s second-highest civilian honour, on stories that choose her, the importance of supporting women-led projects and what it takes for a movie to get into the Oscars She has an Oscar under her belt (for short documentary Period. End of Sentence, 2018), a BAFTA nomination (The Lunchbox in 2015), she took The Lunchbox (2013), Masaan (2015) and Gangs of Wasseypur (2012) to the Cannes Film Festival. Mumbai-based producer Guneet Monga, 37, one of the first Indian producers in the producer branch of the Academy of Motion Pictures Arts And Sciences, was recently awarded the Chevalier dans I’Ordre des Arts et des Lettres (Knight of the Order of Arts and Letters), France’s second-highest civilian honour. She speaks about the need for equality and diversity in filmmaking.

Dasvidaniya I produced because my mother was suffering from cancer. The story was at the core of my production house Sikhya’s (Entertainment) philosophy (meaningful content). I ran Anurag Kashyap’s company for five-six years, a lot of the content were his choices. Later, many titles were purely mine, like Peddlers (2012), The Lunchbox, and Haraamkhor (2015). I took the success and baggage that came with them. I fell between the cracks many times, I had no reference or peer group to help me navigate.

You took a break in between. How did it help?

For three years, there was self-discovery and deep self-reflection as to why I do what I do. I love showcasing first-time directors, but each title can’t be a struggle, their business needs to be healthier. I took a break, returned (in 2016), got the rights of Captain (GR) Gopinath’s story (for the Suriya starrer Tamil film Soorarai Pottru, 2020, based on the life of the Air Deccan founder), and started work on Pagglait. I lost my parents when I was 24, I couldn’t mourn. I asked for a Limca at my mom’s funeral. These experiences have shaped my choices. Stories choose us, we give ourselves too much credit. With Lijo Jose Pellissery’s Malayalam film Jallikattu (2019), I was just helping a friend. But scripts need to speak to me. They shouldn’t let me sleep, that’s the connection I need with a story.

The pandemic left the global film industry scrambling. How did you make sense of it?

As an independent producer it’s all about being the energy. Pitching something with that zest, that’s what I do — how do we compact all that to a Zoom screen? I wanted to take flights and make pitches across the world for stories and content to travel. That power was taken away, it felt very crippling. We learnt to navigate the new world order. I’d two movies shot pre-pandemic, we spent a lot of time finishing them, as work had slowed down. We ultimately released Soorarai Pottru (Amazon Prime) on Diwali last year and Pagglait (this March on Netflix) last month. There were two podcasts for Spotify and a short series for Flipkart Video. The digital world exploded. We licensed our movies. End of the year, we got to a thriving space, but now we are looking at another lockdown. 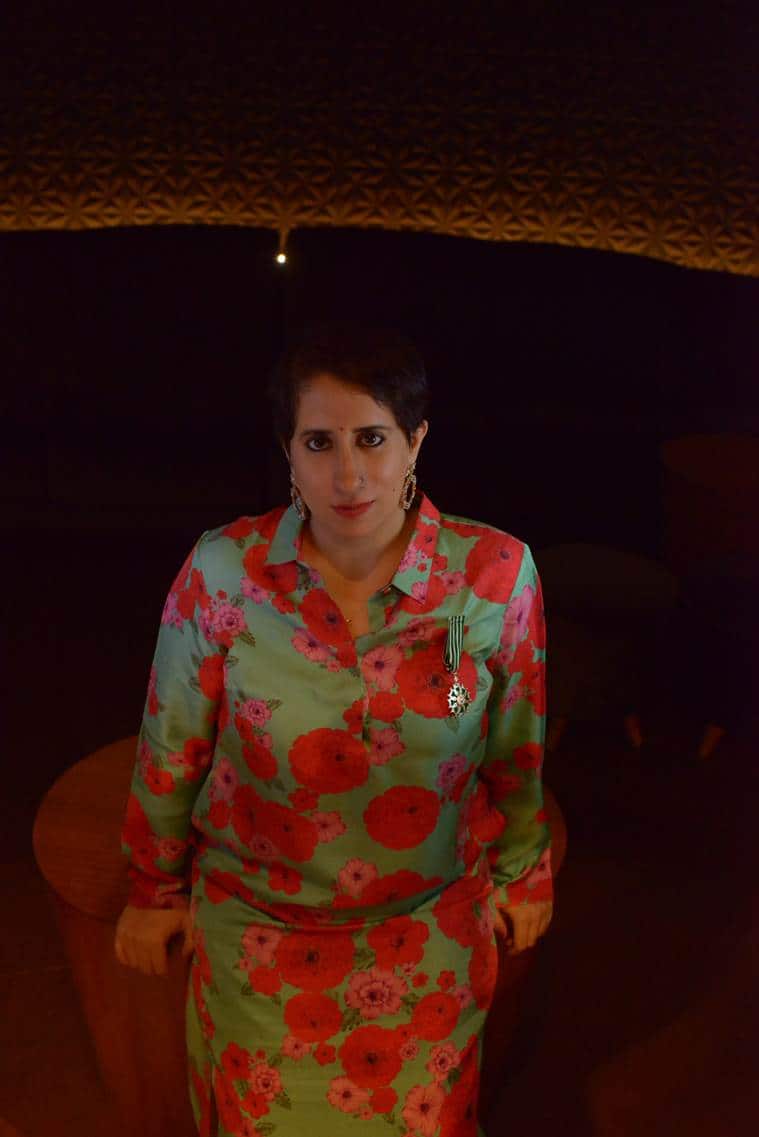 The OTT space has exploded as theatres and cinemas are struggling to survive owing to the pandemic and the lockdown. What are your thoughts on that?

It’s hard. This is a low phase. But it won’t stay forever, people will be back on the streets and into the cinemas. Cinemas will not die. Remember when DVDs came people said the same, same when Blu-Rays came. Even when the VCR boom happened, cinema tickets have only gotten more expensive then. The sense of a community-viewing of a story will not go, but consuming content on demand will also stay. Even the older generation in now used to the OTTs.

Soorarai Pottru was one of the first films you released on an OTT. Did you, as a producer, have to shift gears as opposed to you releasing it for the theatres?

Soorarai Pottru was a reality check. More than us, it was a huge step for Suriya, the co-producer of the film. He took a brave plunge with an OTT release — I mean, look at the scale of films and releases he is used to as a superstar with a huge footprint in Tamil cinema. Our film was ready for release in April 2020, but we kept pushing it. Suriya kept putting out apology letters.

OTT platforms have now come under the government purview, with a set of rules in place. What’s your take on the space?

The (online) space went through a boom in 2020, when everyone was locked up. They had to up their purchasing and marketing, something new was needed week-on-week. But that said, now there is a lot of self-censorship happening at the creation level itself. There’s a lot more awareness of what boundaries to push. It’s limiting as storytellers. But we will continue to express, and find more avenues, ways and creativity in ourselves.

What was going on your mind when you recently tweeted about the abolishing of the Film Certification Appellate Tribunal.

I was confused. I wanted to know what was the thought behind the move, and was it even discussed with the industry? What’s the recourse now? Things are already so complicated!

Through you India realised that there’s a lot that goes into getting a film into the Oscars race. How did you get that right and what was your biggest learning?

It was when I was doing the campaign for Vetrimaaran’s Visaranai in 2016, that I learnt the whole process first-hand. We took the film to the Venice Film Festival, and then it was India’s Oscars entry. Dhanush and Vetri asked me, ‘what do we do?’ I said, ‘let’s go there and see.’ I was in Los Angeles with Vetri for three months. We sat there and understood how and where to advertise, where to screen our film, etc. You have to make sure that the voting community has seen the film. Start by opening your film at a renowned festival. In LA, a lot of parallel events — film-institute events, supportive award functions, like a Sundance Film Festival — take place. You’ve to apply for these and be in the news early on. With The Lunchbox, we were building the campaign for it to be our entry to the Oscars, but India didn’t give us a chance, as it was not selected. With Visaranai, I was able to tap into those resources. You cannot run an Oscars campaign in one-two months, it’s a year-long strategy. While India loves the international awards, we don’t know how it’s done.

Did you always want to produce, more than direct?

No really. But there’s a dearth of producers, we need creative producers (CPs). A healthy marriage between a CP and a director is necessary for a good film. As a CP you know where a creative story can go.

Film production has been a male-dominated space for long.

Yes. So, high time we changed that. We are now aware of it, and should appreciate that knowledge and change things.

Was starting a women’s collective India Woman Rising (IWR), and picking the Oscar-selected Bittu, a step in that direction?

That we only have 5 per cent of women directors in our industry got us thinking. What was a passion project for (director) Tahira Kashyap Khurrana and me, became real with (producer) Ekta’s (Kapoor) joining, who jumped on the idea immediately. We launched this January and picked up Karishma Dev Dube’s short film Bittu. I’d seen it last year when it won at the Student Academy Awards and entered the Oscars race. I decided to help push it. It’s very isolating to keep marketing, hustling alone, but when three women pull their resources together, it’s beautiful. The privately-run collective IWR will discover, amplify and distribute. We will use our connections to push independent stories helmed by women filmmakers. We want to change the status quo of women in the industry, which we three are a part of. A lot of women don’t have a transactional lens. By default, women bring a lot of empathy to the table. Imagine helming a project, with 200 people, and with that said empathy. We underestimate that power. We need to highlight the atmosphere created by a nurturing woman leader, it’s a top-down effect.