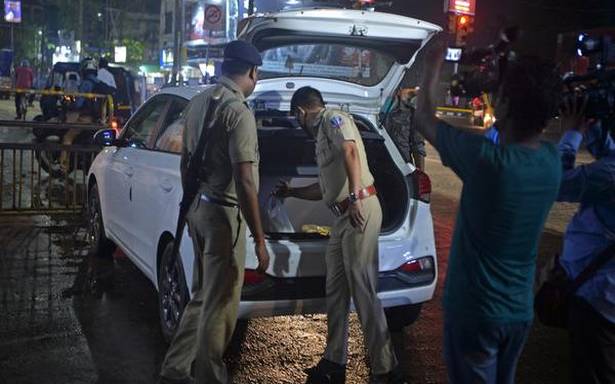 The Election Commission of India has made elaborate arrangements for counting of votes for West Bengal Assembly election on Sunday. There are 108 counting centres across the State where counting will start at 8 a.m. Across these centres, counting will be carried out in over 700 halls.

The Election Commission has specified seven tables for smaller counting halls, and up to only 14 tables in bigger halls for counting of the votes polled in the EVMs.

The ECI has made arrangements for a three-tier security at each of 108 counting centres. The premises will be guarded by personnel of the West Bengal police and central armed police forces. Every counting agent has to produce a COVID-19 negative certificate before entering the counting centres. About 30% of counting staff have been kept as reserve. ECI officials said that considering the COVID outbreak, this year there are more EVMs and counting centres and the announcement of results may be delayed.

Even hours before the counting begins, reports of sporadic violence have been received. Supporters of Trinamool Congress and BJP clashed at Katwa in Bardhaman. At Narendrapur in State’s South 24 Parganas, two personnel of the bomb disposal squad sustained serious injuries while diffusing crude bombs. The bombs were being carried in an ambulance and intercepted by locals.