Ashok Gulati writes: It must try to ensure professionalism in cooperatives and make them competitive 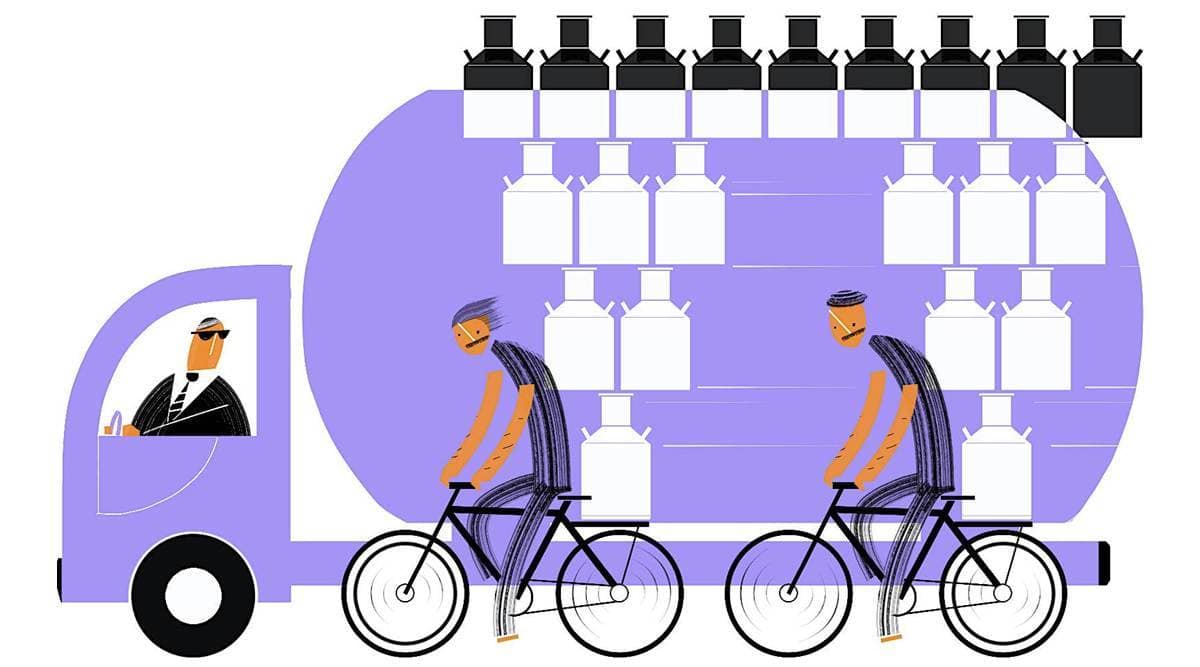 July is an important month in India’s economic history. On July 24, 1991, India decided to unshackle the spirit of private sector entrepreneurship through the move to de-license industry and reduce tariffs on a host of commodities. It was an indirect admission of the failure of the socialist state with its controls on the economy. The debate on the issue often turned bitter and even industry was divided for almost a decade. Remember the Bombay Club, which wanted protection on grounds that the country’s industry was in infancy and there was also a need for self-sufficiency (read atmanirbharta). But they were denied the umbrella of high protective duties and gradually the Indian economy started revving up to stand on its own legs. As a result, over the years, India has almost doubled the “Hindu rate of growth of 3.5 percent” (the famous punchline of the late Raj Krishna). It was done quietly and with humility by an academic-turned-technocrat who went on to become the Finance Minister, Manmohan Singh. He had the political support of the then Prime Minister P V Narasimha Rao.

Manmohan Singh’s trade policy changes improved the terms of trade for agriculture and benefitted millions of farmers. Agri-exports zoomed, but this led to higher domestic prices. Before there could be a response from the supply side, the Congress was out of power and export controls came back to depress domestic agri-prices.

In 1991, Manmohan Singh wanted to delicense the dairy sector as well, but there was stiff opposition from Verghese Kurien, the champion of cooperatives and the “milk man of India”. As a compromise, Narasimha Rao partially de-licensed the sector through the Milk and Milk Products Order of 1992. It was after 10 years in 2002 that the dairy sector was fully de-licensed. Atal Bihari Vajpayee was the prime minister then. The developments in the dairy sector thereafter are proof enough that competition between cooperatives and corporate dairy players has benefitted millions of farmers around the country.

Kurien “invented” the original Amul model — collecting milk from millions of small and marginal farmers, processing as per food safety standards, and distributing to consumers in metro cities to start with, and then to second and third-tier cities. But with the entry of the private sector, the wheels of this model got wings, and the growth of the dairy sector accelerated at double the speed. Today, both procure roughly the same quantities and growth in the organised private sector is faster than in cooperatives.

Two weeks ago, the Narendra Modi government created a new Ministry for Cooperation. India is, perhaps, the first country to have such a ministry. One will have to wait and see what this new ministry’s agenda is and how it plans to take the country forward. However, India’s tryst with the cooperative movement has produced mixed results — few successes and many failures. There are cooperatives in the financial sector, be it rural or urban. But the performance of these agencies when measured in terms of their share in overall credit, achievements in technology upgradation, keeping NPAs low or curbing fraudulent deals has been poor to average.

It is often believed that urban cooperative banks had huge transactions during the de-monetisation phase, and, in fact, were one of the main factors responsible for the failure of demonetisation. Sugar cooperatives of Maharashtra, initially touted as exemplars of the movement, are in doldrums now. In fact, many are being sold to the private sector. Interestingly, some of the very people who were running these cooperative factories are buying them at throwaway prices.

Let me come back to milk. It is here that the performance of the cooperative champion, Gujarat Cooperative Milk Marketing Federation (GCMMF) — with its poster brand, Amul — has been most successful. What led to this success? Initially, during Operation Flood, it received a lot of capital at highly concessional terms. But its success also owed a lot to Kurien who believed in professionalism and business and, therefore, kept politics away. He supported dairy farmers strongly, at times even at the expense of consumers. But despite the grand success of Gujarat’s milk cooperatives in Gujarat, the model did not spread to other states as successfully. In UP, the biggest producer of milk, cooperatives, are nowhere in the scheme of things. Almost 60 per cent of milk procured from cooperatives comes from two states, Gujarat and Karnataka.

Karnataka’s story is somewhat interesting. In its eagerness to please milk farmers, the Karnataka Milk Federation (KMF), which sells its products under the brand name of Nandini, gives them Rs 5 to Rs 6 extra per litre. This subsidy, given by the state government, cost the exchequer Rs 1,260 crore till 2019-20. KMF procures a lot of milk and then dumps it at lower prices in the market for consumers. This depresses prices in adjoining states like Maharashtra, affecting the fortunes of Maharashtra milk farmers. If Maharashtra and Karnataka were two different countries, Maharashtra would be challenging Karnataka at the WTO. But since they are adjoining states, who do Maharashtra farmers complain to? If the new Ministry of Cooperation can iron out such distortions in state price policies due to subsidisation, it will do a great service to the country.

Cooperatives desperately need technological upgradation. If the Ministry of Cooperation can give them soft loans for innovation and technology upgradation, I have no problem. But why not extend the same terms to the private sector and see the magic of transforming India? A level-playing field is critical to see which model suits India the best. Of course no model is perfect, but the government’s endeavour should be to support the one that relies the least on tax payers’ money. And finally, can the Ministry of Cooperation ensure least political interference in the operation of cooperatives? If cooperatives are led by IAS and/or political leaders, without much professionalism, then I am afraid taxpayers will have to foot the bill for someone’s power capturing game.

This column first appeared in the print edition on July 19, 2021 under the title ‘Areas of competition and cooperation’. Gulati is Infosys Chair professor for Agriculture at ICRIER