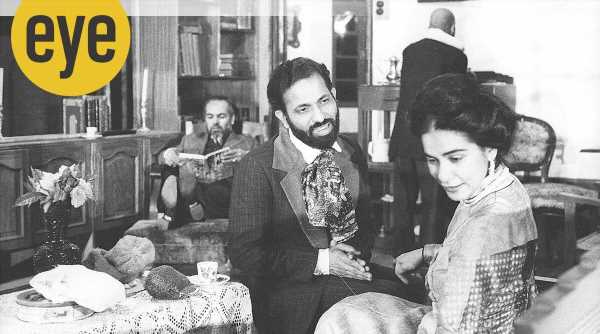 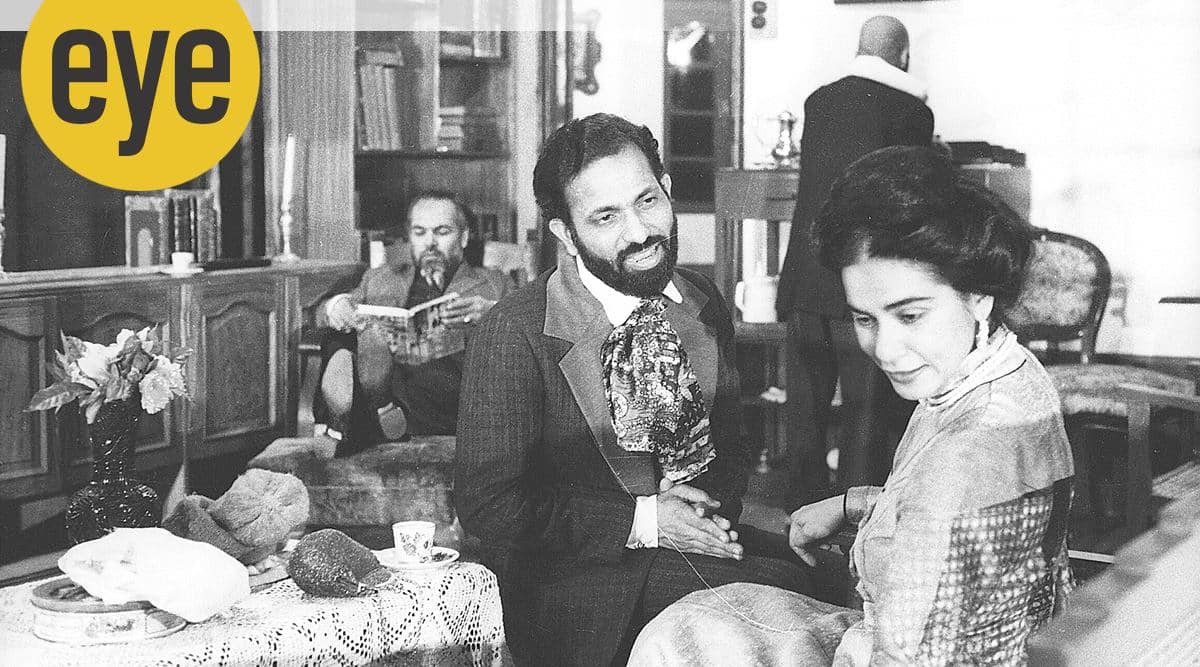 “I find that the behaviour of human beings contains a whole spectrum of expressions ranging from the ‘realistic’ to the ‘melodramatic’. Such labels are found in art, but in real life, they all flow into each other at different moments, depending on the situation.” ~ Surekha Sikri

Surekha Sikri (née Verma) was born in 1945 to Wing Commander LC Verma and Zohra Verma, an academic, who taught at the Aligarh Muslim University (AMU). It was after watching Ebrahim Alkazi’s production of King Lear in 1964 at AMU that Surekha was prompted to apply to the National School of Drama (NSD) in Delhi after graduating from AMU.

My first glimpse of Surekha was when she breezed into NSD in June 1965. Dressed in a light cotton salwar kameez with a crinkled chunri, I saw a shy young girl from Aligarh, of unusual good looks, sparkling eyes and a reticent manner, hesitantly receive instructions during our orientation session. My batchmate for three years at NSD, along with other consummately more confident young actors such as Uttara Baokar and Srilatha Swaminathan, what drew my attention to Surekha was her withdrawn quality. Interestingly, this quality did not make her invisible. On the contrary, it seemed to attract attention towards her. All through our student years at NSD, a number of young boys fell madly in love with her! This resulted in a string of mooning young lads hanging around Rabindra Bhawan, vying for her attention. Surekha, on the other hand, appeared nonchalantly unaware of the havoc she was causing, though, I’m quite sure, it was just a camouflage! Surekha’s compelling quality, therefore, lay in being soft-spoken, aloof and undeniably mysterious — qualities that she would later weave into the fabric of the many characters she was to depict. 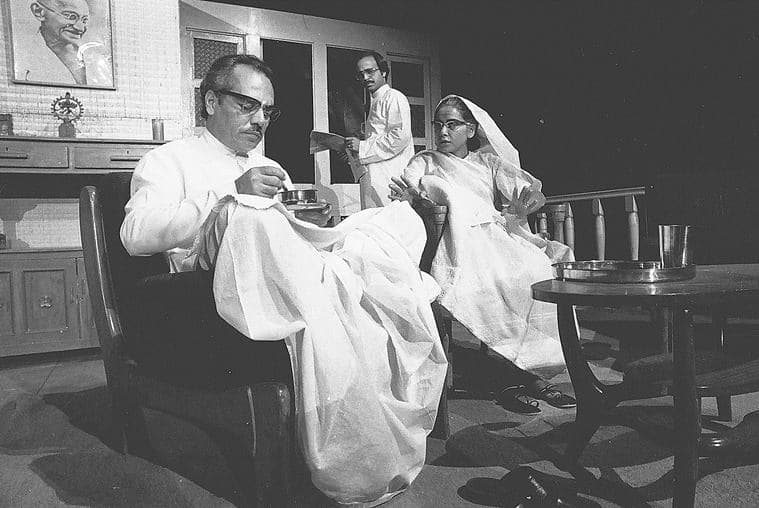 Surekha took Delhi completely by storm with her performance as the central protagonist in Devyani Ka Kehna Hai in 1972. Written by Ramesh Bakshi and directed by Rajendra Gupta, it was the story of an utterly unconventional Indian girl who — in her dress, language and behaviour — displays a sexually-liberated attitude. Spurning societal values and the idea of marriage, Devyani experiments with a live-in relationship. Surekha captivated audiences by depicting, very realistically, a new kind of young woman on the Indian stage for the first time — adolescent, modern, outspoken, bold, restless, confrontational. For Surekha, playing Devyani was a liberating experience as she identified closely with the rebellious protagonist.

The opportunity to join NSD’s Repertory Company came the following year in 1973, when, along with intense and committed ex-NSDites like Uttara Baokar, Manohar Singh, Raghubir Yadav, Pankaj Kapur, Vijay Kashyap, KK Raina, Dolly Ahluwalia, etc., a professional company of brilliant actors was established by Alkazi. Along with Manoharji and Uttara, Surekha helped in building the company with one outstanding production after another. Often playing the female lead, Surekha’s performances were highly detailed and emotionally raw. Playing Alison opposite Manoharji’s Jimmy Porter and Uttara’s Helen in John Osborne’s Look Back in Anger (1956) under Alkazi’s direction in 1974, all three actors created a trio of electrifying talent on the stage. This also heralded Manoharji and Surekha often being cast as a pair in productions like Aadhe Adhure (1976), Sandhya Chhaya (1978), Mahabhoj (1982), Tughlaq (1982) and Cherry ka Bagicha (1983).

I remember rehearsing a scene with Surekha and Manoharji for Mannu Bhandari’s Mahabhoj. Hours and hours at each rehearsal were spent by Surekha working on a paan sequence. She rehearsed in detail how she would open the paan daan, how she would take out the paan (betel leaf), smear kattha (catechu) on it, put it in her mouth, wipe the spittle, and finally, the way she would sit on a gadda (mattress) on the floor. To perfect this simple set of tasks in conjunction with her dialogue, work out the pace and rhythm of the actions — all of it virtually consumed her. They were done with deep focus and a concentration that could only be described as shraddha (devotion). This was one of the processes Surekha adopted for physicalising the role, locating its psychological gesture. This was the time when we were attempting to move away from the tyranny of words and find a new equation with the physicality — using the actor’s body and her voice as the means — of expression. 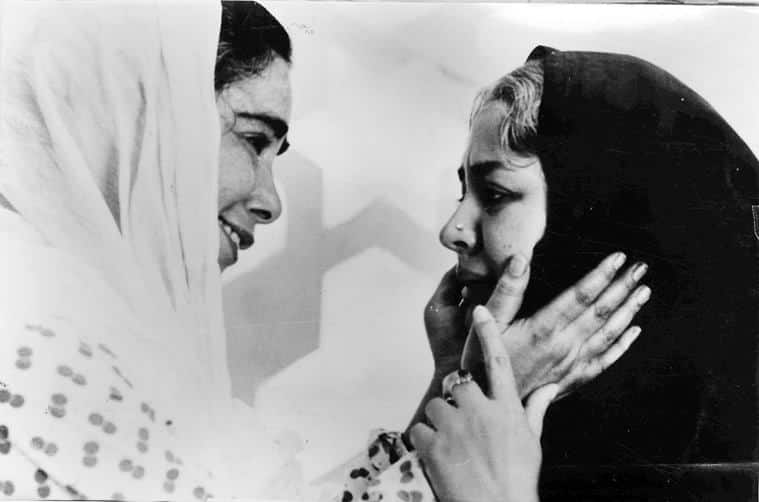 Surekha was extremely particular and precise about rendering a dialogue in such a way that its exact meaning could be communicated. “Things have to be meaningful to me. I can say a single line of a script in 10 different ways, but if it can be said in a way which could wake up some human being somewhere, make a difference, I would like to say it like that,” she confessed to me in an interview a few years ago.

It was this kind of detailed approach to character building that Surekha carried with her from theatre into films, when she shifted to Bombay in 1987. Her years of experience held her in good stead when experimental directors like Shyam Benegal and Mani Kaul cast her in their New Wave films. Shooting for cinema, unlike theatre, did not provide her with the luxury of long rehearsal periods. Quickly adapting herself, she now began to rely on her improvisatory skills in coming to grips with her characters. And etching roles that have now become history — from Kaul’s Dostoevskian Nazar (1991) to Benegal’s post-Partition films Mammo (1994) and Zubeidaa (2001). Surekha won the National Film Award for Best Supporting Actress for Govind Nihalani’s period telefilm Tamas (1987), Mammo, and, very recently, in Badhaai Ho (2018). In the last decade, one of Surekha’s most memorable performances was as Dadisa in the television series Balika Vadhu (2008-16).

Surekha Sikri will undoubtedly be remembered as one of the finest actors of contemporary times, who, through the poetry and grace of her renderings, allowed us to experience the subterranean emotions which are concealed within the modern Indian woman’s psyche.

(Amal Allana is a theatre director, ex-chairperson of National School of Drama, and director of Art Heritage gallery, Delhi)