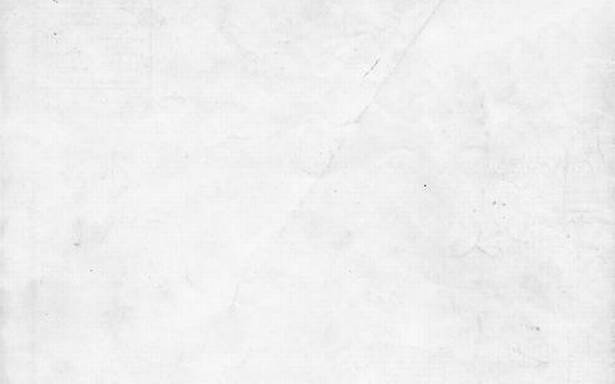 On June 24, Kiran and Vinay were shot multiple times in Dwarka by the girl’s family. The episode left Vinay dead and Kiran recuperating in a women’s shelter. The Hindu visited their village to meet the families who shared what lies behind the murder

The sun was peaking on a summer afternoon in Gopalpur village in Sonipat. A suffocating silence prevailed; most stayed indoors. A 12-year-old boy popped up. Asked about the house of a girl whose husband had recently been killed ‘to save the honour’, the boy directed promptly: “Everyone in the village knows both the houses, of the girl and the boy, and the whole story,” he said with a rather stern face.

Past a bungalow was a double-storey house with cemented exterior. Two wooden cots and chairs were laid out inside the courtyard. Sheela Dahiya had just returned after buying groceries from a nearby shop.

As soon as she heard her daughter Kiran’s name, she broke into tears. Her husband Jai Bhagwan – visibly drunk – sat on a chair finding it tough to speak coherently. “I will approach Narendra Modi,” he kept repeating.

Ms. Sheela complained that police are not letting her meet her daughter and that the family had visited the police station thrice in the hope that officers will take them to the hospital because that’s the only way they know they’ll be able to meet the daughter.

“I received a call from her from a police officer’s number right after the incident. She asked me to take her home. We went to the hospital to meet her but we were not allowed. We haven’t been able to since then,” she said, adding that she, her husband, and two sisters-in-law had gone to Dwarka Sector 23 police station on July 12 and 13. They waited all day long at the police station but without any luck.

However, Deputy Commissioner of Police (Dwarka) Santosh Kumar Meena said that Kiran was discharged from the hospital and sent to a women’s shelter to ensure her safety. She reportedly told officials that she wouldn’t be safe at her maternal house.

Kiran’s brother Aman (21) and her cousin Vicky (22) have been arrested along with others for shooting her husband Vinay Dahiya dead at their rented accommodation in Ambrahai village on June 24. They fired bullets at both, but she survived.

Both families were against the relationship and marriage because they were from the same gotra. But now Ms. Sheela wants her back. “I can even die to keep my daughter safe here. I’ve never even laid a hand on her. I just want her back. Whatever happened was in the past,” the mother cried with a passing mention of Vinay.

The father butted in: “Us ladke ka naam mat le… vo to marr gaya.. mujhe bas meri beti wapas chahiye [Don’t take the boy’s name… he is dead now… I just want my daughter back]”. The mother promptly told him to shut up.

The shooting episode was not an on the spur of the moment incident. The antipathy had been brewing since the lovers fled their houses and got married in Chandigarh in August 2020. Their love story dates further back to 2013 when Kiran was in Class VIII.

Ms. Sheela remembered that Kiran used to go to school in the bus and Vinay used to follow her. The word spread in the village and the family members became aware of it. “Those were the last days when she physically attended the school. We made her drop out and sit at home. She took Class IX exams from home and wasn’t allowed to study thereafter,” the mother recounted.

She said they did everything they could to salvage their honour. “Sab kuch izzat bachaane ke liye kiya tha,” she said.

With a tinge of regret, she says: “Police ko complaint dene ka socha tha us waqt bas izzat ke maare chhor diya. Agar us waqt bola hota to shayad aaj ye din na dekhna padta. [We wished to complain against Vinay but stopped because of honour. If we would have, then maybe we wouldn’t have had to see this day]”.

The end of studies didn’t mean the end of their relationship. Over the next few years, the two families met through mediators and both lovers were instructed not to see each other. But the more they tried to disunite them, the stronger their relationship grew.

Kiran’s brother Aman, however, had a streak of violence. “Aman bhai was teased among his peers for didi’s relationship. A few years ago, Vinay had told Aman bhai that he was his brother-in-law in front of 25 other boys. It hurt his pride. Vinay had also said that he would kill Aman,” recalled Himanshu alias Sunny (15), Kiran’s cousin and Vicky’s brother.

Aman allegedly killed a friend of Vinay in 2017 when he refused to call Vinay to a place Aman wanted him to come. Aman was then 17 and spent a year in an observation home. But the panchayat intervened, and the issue was apparently resolved.

Two years later, on August 13, three months after Kiran has turned 18, she left the house when everyone was asleep. The same day, they got married in Chandigarh and sought protection from Kiran’s family. The court, however, stated that they should seek protection from local police.

A few days later after the marriage, the village panchayat ruled that the couple should stay out of the village following which both families reportedly snapped contact.

But Aman was still seething with anger. On June 24, he, Vicky and a few other youths entered the couple’s house and shot multiple rounds at them, leaving Vinay dead.

“If I had any idea that Aman was going to do something like this, I would have beaten him black and blue myself. I have two children and none of them are with me now,” cried Ms. Sheela.

A house in mourning

A few meters away from Kiran’s house is Vinay’s double-storey residence. His photograph, with a garland of yellow genda, hangs on the wall. His family is vehemently against bringing Kiran to the house and wants nothing to do with her anymore.

But just before his murder, they had begun talking with their son, and though reluctantly, accepted the marriage. “I had spoken to him the day he was killed. She was pregnant and she and Vinay had gone to a hospital for her abortion because of some complications. He had called me to ask for some home remedies and visit them to help the girl,” claimed Vinay’s mother, who didn’t wish to be named.

Half an hour before the murder, Vinay’s brother Deepak said they had spoken to him. Now, all that remains of him is a car — he used to drive while working as a driver at the IGI Airport —parked outside their residence. “Bohot samjhaya tha use. Maara bhi tha. Nahin maana. [We tried a lot to make him understand but he didn’t. We beat him too],” said Mr. Deepak.

The villagers too were against the relationship, and they pinned the blame on city culture. All this happens in cities like Delhi, not here, said grocery store owner Rakesh.

“They were brother and sister. No girl and boy in this village can marry each other. It’s against the rule of nature. It’s a sin,” he said, assertively.