Mohanlal’s rich body of work shows us why he is, indeed, ‘The Complete Actor’, who has excelled in varied roles, without clinging too tightly to his star image by repeating the same act over and over again. 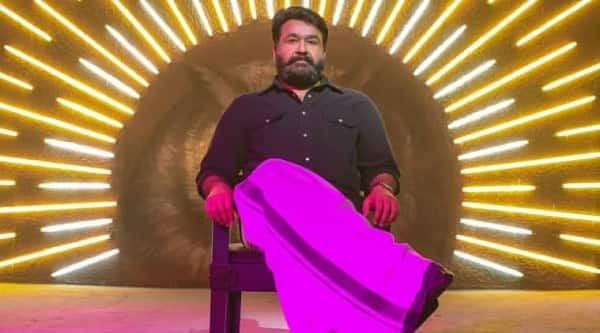 Mohanlal, one of the finest actors of the country, turned a year older today. He is 59 now and has done more than 300 films in multiple languages since he made his screen debut with Manjil Virinja Pookkal in 1980. Like all inspiring stories, Mohanlal also had a very humble beginning as an actor. He began his acting career by playing negative roles and slowly graduated to being the protagonist. In the span of nearly four decades, he has performed a wide range of characters that not many of his contemporaries have managed to achieve.

How did he get the moniker ‘The Complete Actor’ (which is also the name of his official blog)? South Indian movie stars adding a popular and catchy prefix to their names is not something unheard of. In fact, now, it has become one of the must-haves on the list to project oneself as a star with a significant fan following.

Many monikers sound quirky, pompous and some even very confusing. Mohanlal’s moniker ‘The Complete Actor’, however, requires no justification. Mohanlal’s rich body of work shows us why he is, indeed, ‘The Complete Actor’, who has excelled in varied roles, without clinging too tightly to his star image by repeating the same act over and over again.

For me personally, Mohanlal is the reason why I started watching Malayalam movies. Growing up in a family, that saw and enjoyed movies of all languages, I found Malayalam films boring and slow. And for long, I continued to avoid any offer from my family to watch a Malayalam movie. Why would a 10-year-old waste time on ‘slow, art-house films,’ when I had plenty of Rajinikanth films to watch? And everything changed when I saw Mohanlal’s Narasimham (2000), a mass entertainer, which immediately clicked with me. I was honestly surprised when I found out that Malayalam movies also could be fun and entertaining. And the film also made me realize that my pre-convinced notion of Malayalam cinema had prevented me from discovering a treasure trove of entertainment. And thus, I began looking at films that Mohanlal did in the past.

Spadikam (1995) was another gold-pot for a kid who was looking for pure entertainment as opposed to pure cinema. Mohanlal’s Aadu Thoma’s distinctive idea of glamour and masculine style was a hit. Ravanaprabhu (2001) and Yoddha (1992) too turned Mohanlal into my favourite action hero.

I was yet to discover the best part of the actor’s profile: comedy.

There were fewer stars of Mohanlal’s stature who were able to do what he did in the comedy genre. Adopted from Hollywood romantic comedy – While You Were Sleeping – by director Priyadarshan, Chandralekha (1997), was and still remains, a gold standard when it comes to comedy in mainstream cinema. Later, I discovered his other outstanding work in comedy – Kilukkam, Chithram, Vandama, Kakkakuyil, Nadodikkattu, Boeing Boeing, Thenmavin Kombath, Thalavattam, Mazha Peyyunnu Maddalam Kottunnu, Akkare Akkare Akkare, Gandhinagar 2nd Street to name a few.

I saw Mohanlal as the Rajinikanth of Malayalam cinema, who has an impressive screen presence, delivered punch dialogues without breaking a sweat, has a unique style, he could fight and tickle ribs. But, as I grew older, I realised Mohanlal was more than Rajinikanth. He is a natural actor and had plenty to offer than other superstars.

Vanaprastham, after Kamal Haasan’s Moondram Pirai (1982), was one of the reasons that I started appreciating slow cinema. It narrated the complexities faced by a Kathakali artist, which helped Mohanlal win one of his five National Awards.

Just see, for example, Mohanlal’s performance in the climax of Kireedam (1989) and Drishyam (2013). I know, these two films could not have been more different from each other. But, for me, the stories of both the films align at its core. Both the films tell the tale of the devasting consequences that an innocent family is forced to deal with due to the sinister actions of a bad man.

In the climax of Kireedam, Mohanlal’s Sethumadhavan, overcome with guilt, breaks down when he realizes that he has killed his rival Keerikkadan. Towards the end of Drishyam, Mohanlal stoically admits to his family members that he killed the man that tried to hurt them. And he says it without an iota of guilt or regret as opposed to Kamal Haasan’s sobbing performance in Tamil remake Papanasam (2015). This is just an example of the range of emotions that the actor can bring to his characters.

I was able to find a Mohanlal movie that matched by evolving film sensibility. I understood that the older the Mohanlal film the better it was. Hint: the best of Mohanlal’s lies between 1980 and 2000.

Now, you decide whether or not ‘The Complete Actor’ moniker is justified given Mohanlal’s vast and sprawling body of work.