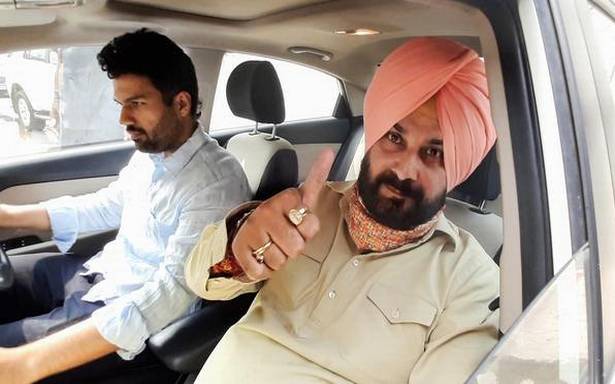 A day after he was appointed as Punjab Congress chief, former Cabinet Minister Navjot Singh Sidhu on July 19 said he would work towards giving the power of people back to the people through the Congress’s 18-point agenda for Punjab.

“Will work along every member of Congress family in Punjab to fulfil the mission of #JittegaPunjab as a humble Congress worker to Give Power of the People Back to the People through the #PunjabModel & High Command’s 18 Point Agenda … My Journey has just begun !!”, said Mr. Sidhu in a tweet.

“Today, to work further for the same dream & strengthen the invincible fort of @INCIndia, Punjab. I am grateful to Hon’ble Congress President Sonia Gandhi Ji, Shri @RahulGandhi Ji & Smt @priyankagandhi Ji for bestowing their faith in me & giving me this pivotal responsibility,” he added.

The 18-point programme was suggested by the three-member All India Congress Committee (AICC) panel set up to resolve the power tussle between Mr. Sidhu and Punjab Chief Minister Amarinder Singh.

The agenda included issues surrounding action in 2015 sacrilege cases, drug menace, liquor, transport and mining mafia, besides working a way out on power purchase agreements with private companies, among others.