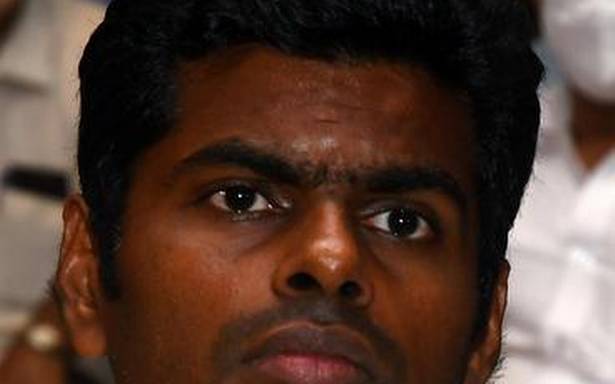 BJP State president K. Annamalai, on Friday, asserted that he would not apologise for the allegations of corruption he levelled against Electricity Minister V. Senthil Balaji, on social media platforms.

Mr. Annamalai accompanied the party’s national general secretary Arun Singh, who visited Tiruppur on Friday, to oversee the construction work of the district headquarters building. During an interaction with journalists, Mr. Annamalai was asked whether he would apologise as demanded by the Minister. “I will not apologise. Let them file a case in the courts,” he replied.

Mr. Annamalai recently took to Twitter to level charges of corruption at Tangedco, which Mr. Senthil Balaji denied and then demanded an apology for.