Senior counsel Nitya Ramakrishnan, representing Mehbooba Mufti, said that the matter was "ripe for hearing" before the high court. 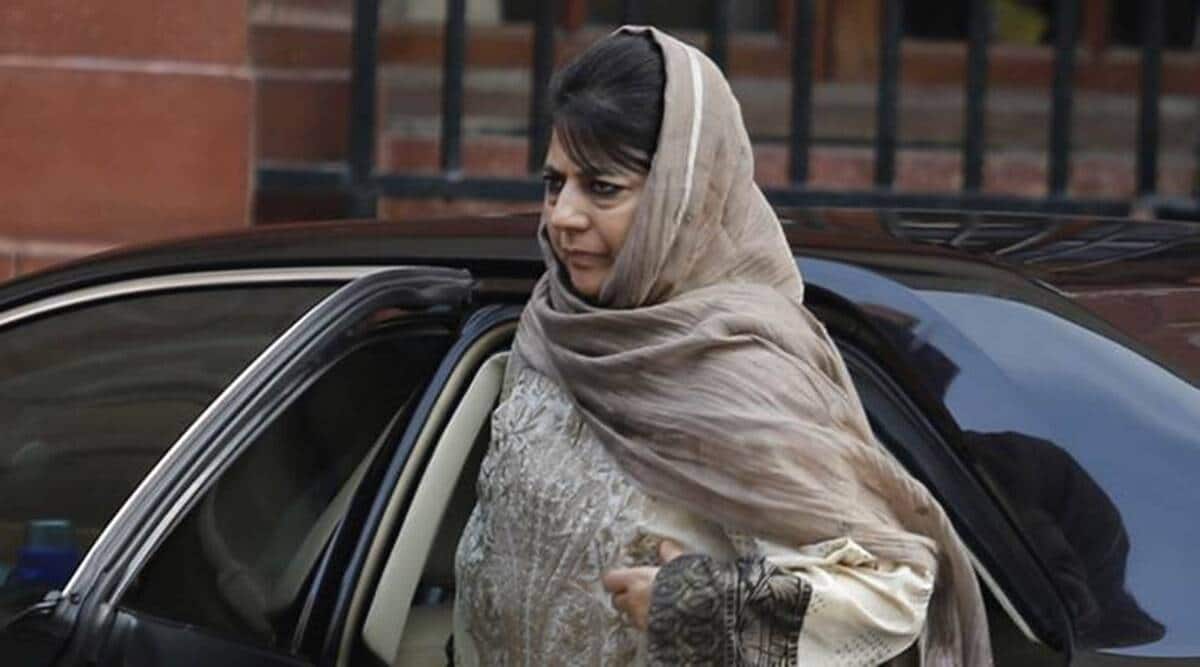 The Centre Tuesday told the Delhi High Court that it will seek the transfer of Mehbooba Mufti’s challenge to the Constitutional validity of a provision of the Prevention of Money Laundering Act (PMLA) to the Supreme Court.

In view of the Centre’s stand, a bench of Chief Justice D N Patel and Justice Jyoti Singh adjourned the hearing on the former J&K Chief Minister’s petition till September 30.

“Several petitions concerning various provisions and scheme of PMLA…are pending. Matter has been assigned to a special bench and parties have exchanged questions, one of which is directly in question here,” said Solicitor General Tushar Mehta, appearing on behalf of the Centre.

“Can we say you would prefer a transfer petition?,” the court questioned the Solicitor General who responded, “Yes, you can.”

“I intend to move a transfer petition. If they agree, we can do it together,” Solicitor General added.

Additional Solicitor General SV Raju added that the questions before the Supreme Court included issues concerning the commencement of investigation under PMLA.

Senior counsel Nitya Ramakrishnan, representing Mufti, said that the matter was “ripe for hearing” before the high court.

“I’m happy if we can move (Supreme Court) together,” she added.

On September 9, the court had listed Mufti’s plea for final disposal on September 14.

Mufti, in her plea filed in March, has sought to declare section 50 of the Prevention of Money Laundering Act as void and inoperative, being unfairly discriminatory, bereft of safeguards, and violative of Article 20(3) of the Constitution.

Section 50 of the Act empowers the authority, that is, officers of ED, to summon any person to give evidence or produce records. All persons summoned are bound to answer the questions put to them and to produce the documents as required by the ED officers, failing which they can be penalized under the Act.

She has also challenged issuance of summons to her by the ED in a money laundering case and sought a stay which was refused by the court earlier.

The 61-year-old leader, who was released last year after more than a year in detention following the scrapping of Jammu and Kashmir’s special status, was served notice to appear at the ED headquarters in the national capital.

Initially, the ED had summoned Mufti for March 15 but it did not insist for her personal appearance at that time. Thereafter, she was summoned for March 22.

Mufti, in her petition, said she has received summons from the ED under the provisions of the PMLA, purporting to call for ‘evidence’ on pain of punishment, whereas she is, to all intents and purposes, a subject of investigation.

“She has not been informed if she is being summoned as an accused or as a witness. She has also not been informed of what she is being summoned in connection with and the scheduled offence under the PMLA which gave rise to the proceedings in respect of which impugned summons has been issued to her. The petitioner is not the subject of investigation, nor is she an accused, in any of the scheduled offences to the best of her knowledge,” the plea said.

The plea claimed that ever since Mufti was released from the preventive detention following the formal abrogation of Article 370 of the Constitution, there have been a series of hostile acts by the State, against her, acquaintances and old family friends, who have all been summoned by the ED and a roving inquiry about her personal, political and financial affairs was made, in the course of which their personal devices have been seized.

Earlier, Solicitor General and advocate Amit Mahajan, representing the ED, had said there was no need to issue a formal notice to them as they are already appearing before the court and said they will file a short note on the issue of question of law.