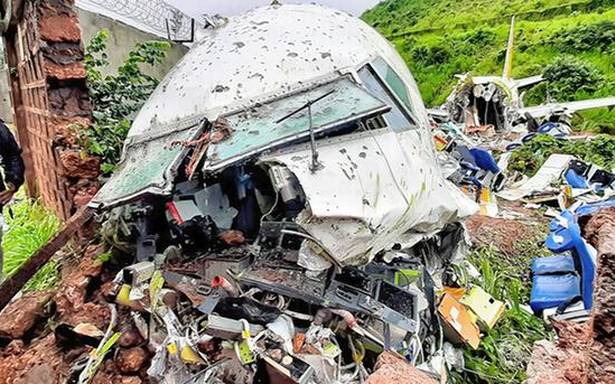 Uncertainty has prevailed over the resumption of the operation of wide-bodied aircraft which were suspended after the Air India Express crash last August at the Calicut International Airport.

Confusion reigned following a letter by Union Minister of Civil Aviation Jyotiraditya Scindia to Chief Minister Pinarayi Vijayan last week asking the State government to hand over 152.5 acres of land to the Airports Authority of India (AAI) for the expansion of the airport.

The AAI has projected a land requirement which is yet to be handed over by the State Government. Among various other issues, the delay in handing over the land has been impacting the implementation of various projects pertaining to the aviation sector in Kerala.

Additionally, Mr. Scindia also pointed out that a sum of ₹5.29 crore is outstanding on part of the State Government as Viability Gap Funding (VGF) share against Regional Air Connectivity Fund Trust (RACFT).

Authorities at the Calicut Airport believe that acquiring land for the expansion of the airport would be a pointless exercise unless the Ministry restores the operation of wide-bodied aircraft and the Haj Embarkation point. The issue of acquiring land arose when the Advisory Committee for the Calicut International Airport was awaiting the report of the Aircraft Accident Investigation Bureau (AAIB), which is probing the accident.

Mr. Scindia in a letter addressed to M.P. Abdussamad Samadani, Lok Sabha member representing Malappuram constituency, in July, said that the probe report on the accident would be made public in August. He added that the draft report had already been under consultation with the accredited representative of the U.S-based National Transportation Safety Board. However, the report has not been published until now.

Sources said that the operation of wide-bodied aircraft hinged on the recommendations in the report of the AAIB, under the Ministry of Civil Aviation, which investigates aircraft accidents and incidents in India.

The Air India Express flight 1344, a Boeing 737-800 aircraft, involved in the accident on August 7, 2020 claimed the lives of 21 persons including that of the pilot and co-pilot and left at least 100 passengers injured and many in critical condition.

Incidentally, the operation of wide-bodied aircraft was banned at the Calicut airport from May 2015 after the Court of Inquiry report on the Air India Express Boeing 737 crash in Mangaluru in May 2010.