Buoyed by its performance in neighbouring Telangana, the BJP is testing the waters in Andhra with plans to contest the Tirupati Parliamentary seat where a by-election is due following the recent death of YSRCP MP B Durgaprasad Rao. 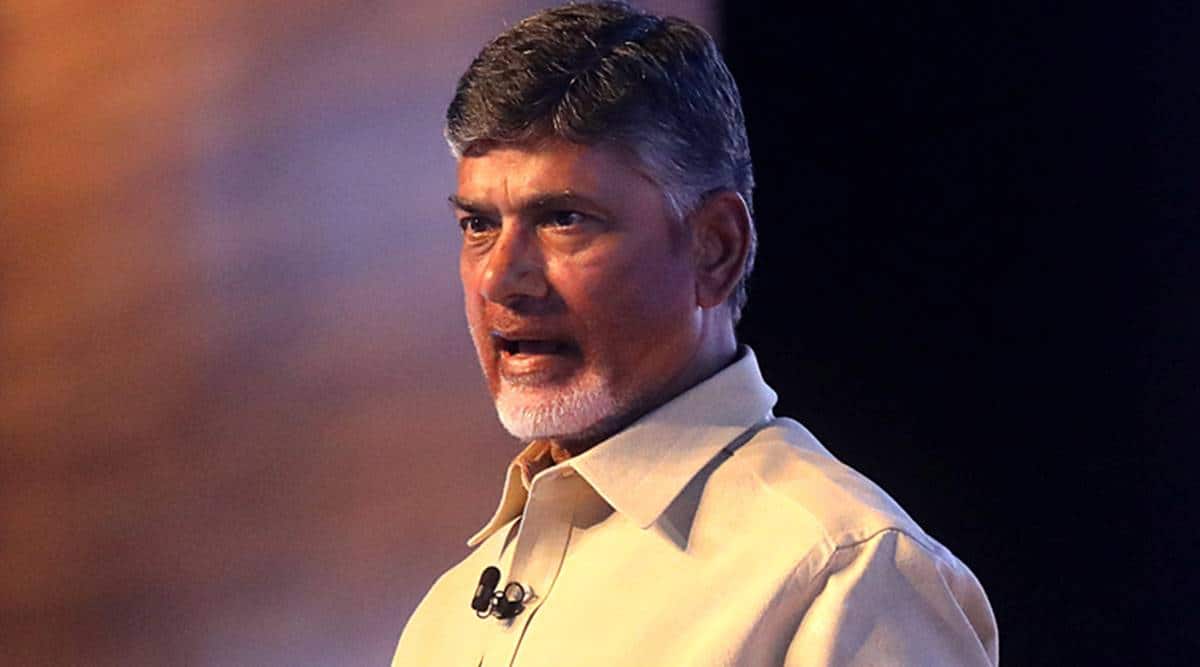 Routed in Assembly as well as Parliamentary elections in 2019, and with the Bharatiya Janata Party trying to get a foothold in the state, N Chandrababu Naidu’s Telugu Desam Party (TDP) is rebranding its politics in Andhra Pradesh, with a pro-Hindu tilt.

Desecration of idols and vandalism at temples in the state has provided it with a pretext to position itself as a protector of Hindu traditions. Such communal politics is new to Andhra, and TDP probably felt the urgency and compulsion to change tack with the BJP having initiated an aggressive membership drive, and having announced a rath yatra now.

Buoyed by its performance in neighbouring Telangana, the BJP is testing the waters in Andhra with plans to contest the Tirupati Parliamentary seat where a by-election is due following the recent death of YSRCP MP B Durgaprasad Rao. That may be so, but it is the TDP, the NDA’s ally till a bitter break-up in March 2018, which has launched fiery attacks on the YSRCP government and Chief Minister YS Jagan Mohan Reddy.

“Chandrababu Naidu is using BJP’s tactics to keep his flock together and also counter the BJP. He has been scaling up Hindutva politics with each success episode of BJP in Telangana. If the BJP intensifies its powerful politics of polarisation, it will be easier to draw TDP support base into its fold rather than YSRCP support base which is solidly behind Y S Jagan Mohan Reddy. If that happens, BJP will replace TDP in Andhra just as it has done so in Telangana by elbowing out the Congress,” says political scientist Prof K Nageshwara Rao.

Why Naidu is changing his politics

To be politically relevant and stave off the BJP, the Telugu Desam Party led by N Chandrababu Naidu is increasingly adopting a pro-Hindu stance. From recalling Y S Jagan Mohan Reddy’s Christian faith to taking up the cause of temples, Naidu hopes to recapture the public imagination and beat the BJP at its own game.

Taken aback by the TDP’s aggressive stand, and not to be left behind, the BJP Tuesday announced they would take a rath yatra from Ramatheertham in Vizianagaram to Kapilatheertham near Tirupati. The choice of Ramatheertham as the starting point of the yatra may not be without reason.

Just last Tuesday, the 400-year old idol of Lord Rama at Ramatheertham in Vizianagaram was desecrated. And TDP’s Naidu had strongly criticised the government for lack of action. “One should not show such religious intolerance. The slogan Jai Sri Ram is resounding in Ayodhya at present. The Lord Rama temple at Ramatheertham has always been held in high regard in Andhra. In such a temple, miscreants beheaded the Rama statue, but the government is not taking any steps to catch the culprits,’’ Naidu said.

In 2014, when the TDP was an NDA ally, the BJP had won four Assembly and two Lok Sabha seats in Andhra Pradesh. However, as YSRCP swept the polls in 2019, the BJP drew a blank and its vote share dropped to 0.84 per cent compared with 3 per cent in 2014.

BJP’s proactive Hindutva politics has made Naidu wary. “This is the fear that has driven TDP to adopt the ideological strategies of BJP. BJP leaders are openly claiming that they will soon make TDP irrelevant and will be the main rival to YSRCP. To weaken TDP, BJP is already trying to woo influential TDP leaders of different castes,’’ says Prof Rao.

The statements by TDP leaders in the last few days indicate that it would not be averse to adopting a shrill tone. While Naidu and his son Nara Lokesh affirmed TDP’s secular politics, they said Reddy can not be spared for his utter disregard for the sentiments of other religions. “CM Y S Jagan Mohan Reddy is a betrayer of Hindus,’’ Naidu alleged.

He did not stop at that, and even referred to Jagan’s religion. “Jagan Reddy may be a Christian. But thinking to use power for converting Hindus is wrong. If people in power resort to religious conversions, it amounts to betrayal,’’ he said. Many party leaders also make oblique references to Jagan’s faith and allege he doesn’t have regard for Hindu traditions.

Initially, the Y S Jagan Mohan Reddy government blamed mischief mongers and superstitious persons for the vandalism. Party spokesperson Ambati Rambabu later put the blame on TDP activists for the communal discord. After the incident at Ramatheertham, the Chief Minister described this as a “political guerrilla warfare”. But then, his government and the party turned defensive as TDP’s onslaught intensified.

On his part, Jagan Mohan Reddy tried to blunt the TDP by laying the foundation stone for reconstruction of nine temples that were demolished during the TDP regime to widen roads. These temples have already been reconstructed elsewhere.

Andhra Pradesh TDP President K Atchannaidu denies TDP having changed its strategy to counter the BJP. “Conditions in Andhra Pradesh are different from Telangana or elsewhere. In Telangana, the TDP vote bank went to BJP. The BJP may be trying to expand in Andhra, but it won’t work. It is not one or two incidents, at least 145 incidents have occurred and not a single arrest has been made. We are fighting for Hindus, not because of BJP,’’ he said.

Somu Veeraju, a hardliner, who recently replaced Kanna Lakshminarayana as state BJP President, however, says the party is working to become the main rival to YSRCP. “The situation is fertile for us because there is a political vacuum in AP. We will be the main contender in the next election. TDP will lose relevance by then,’’ he said. Though its presence is limited, the BJP has started an aggressive membership campaign in the state.