Due to its geographical positioning and influence on regional stability, the political future of Afghanistan will be of considerable significance to several nations with competing sets of interests as well as to pan-Asian relations as a whole. 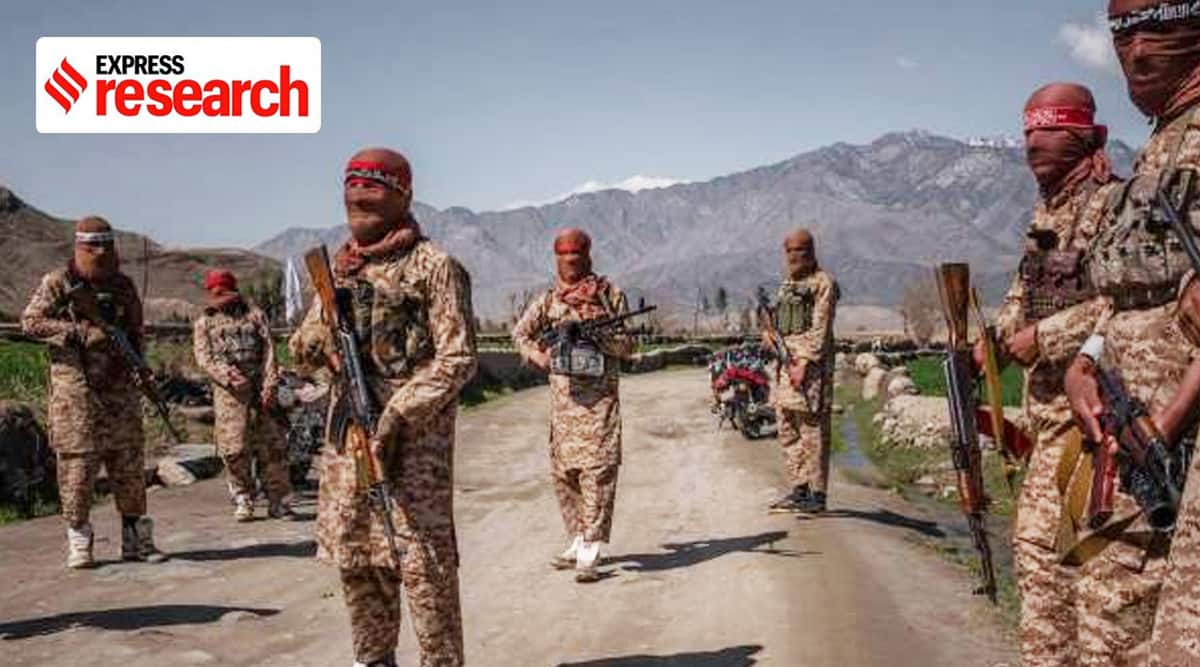 Earlier this month, the Biden administration confirmed its intent to withdraw all American troops from Afghanistan by September 11 of this year. With NATO announcing its decision to follow suit, Afghanistan will soon be free of foreign forces for the first time in the 20 years since the 9/11 terrorist attacks. The impact of this shift will be compounded by the Taliban’s rise in power.

Earlier this year, the Council for Foreign Relations asserted that the Taliban is currently at its strongest compared to any other point since the invasion of Afghanistan in 2001. The Taliban now controls approximately 19% of districts in Afghanistan with the government controlling another 33% and the rest being contested between the two factions. The Taliban have thus far largely ignored the terms of the Doha treaty which marked a historic settlement between itself and the United States, leading to worries of increased insurgency in the country and the impending risk of civil war. Several regional observers also fear that the tacit support of Pakistan, Russia, China and Iran for the Taliban will legitimise its role and force the current Ghani administration to cede power to it. Due to its geographical positioning and influence on regional stability, the political future of Afghanistan will be of considerable significance to several nations with competing sets of interests as well as to pan-Asian relations as a whole. For many, the next round of the ‘great game’ is about to begin.

The many episodes of the ‘great game’ since 1870

The Khyber Pass, described by Rudyard Kipling as a “sword cut through the mountains,” has long functioned as a passageway between Central Asia and the Indian subcontinent and currently lies on the border between Pakistan and Afghanistan. From Alexander the Great to Genghis Khan, many legendary generals have attempted to conquer India through this arid gateway, leading historians to describe the strategic borderland of Afghanistan as the Graveyard of Empires. Since the first invasion of Afghanistan in approximately 516BC, several conquests have been staged in the region, highlighting Afghanistan’s strategic importance and eventually giving rise to the concept of Afghanistan being the stage for the ‘Great Game.’

The Great Game is a term popularised by Kipling for the rivalry between the British and Russian Empires in Central Asia, starting in the 19th century and continuing through 1907. The conflict was rooted in Britain’s desire to create a buffer between its crown jewel India, and the ever-expanding Russian Empire. In 1830, the British Lord Ellenborough began the ‘Great Game’ with an edict establishing a new trade route from India to Bukhara (now in Uzbekistan) with Turkey, Persia and Afghanistan serving as a barrier against Russia. The Tsarist Russian government was vehemently opposed to such a move, which would not only compromise its access to the Silk Route, but also prevent it from taking control of any ports on the Persian Gulf.

These diverging interests culminated in a series of four unsuccessful wars for the British to conquer Afghanistan, Turkey and Persia. Not only did Britain suffer resounding defeats in all of them, but it also lost control of several territories including Bukhara to the Russians. A young Winston Churchill later criticised British policy in the area, stating “financially it is ruinous. Morally it is wicked. Militarily it is an open question and politically it is a blunder.” The Great Game officially ended with the Anglo-Russian Convention of 1907, which divided Persia into a Russian controlled northern zone, an independent central zone and a British controlled Southern Zone. Afghanistan was declared as an official protectorate of the British but remained a nominally independent nation.

The proxy war between the USSR and USA in Afghanistan in the late 1970s gave the term Great Game “a new lease on life.” Serving as a battleground for the Cold War, Afghanistan was invaded by the Soviet Union in 1979. Over the next nine years, the American backed Mujahedeen’ or jihadists, fought a series of guerrilla wars against the Soviets and the Afghan government which ended with the withdrawal of foreign forces in 1989 in accordance with the terms of the Geneva Accord. The Soviet-Afghan war was widely considered as a failure for both sides, with historians pointing to the conflict as a root cause for the collapse of the USSR and attributing rise of extremism in Afghanistan to the destruction caused by the fighting. During the conflict, roughly 800,000 Afghans were killed, more than 5 million fled abroad and approximately 2 million were displaced from their homes. Even with Afghanistan temporarily out of the global contest, the Great Game endured in Central Asia. In a 1996 editorial, the New York Times suggested that “everyone could benefit in the revived game by agreeing to split the winnings.” In its conceptualisation of the game, players included not only the competing nation states but also multilateral corporations that stood to profit from the oil rich Persian Gulf.

The 1990s would prove to be tumultuous for Afghanistan, with the country falling into the hands of the Taliban in 1996. Although the Taliban was formed from the ashes of the American-backed Mujahedeen, it soon locked horns with its early benefactors by providing shelter to Osama bin Laden’s Al Qaeda. After Al Qaeda launched the September 11 attacks against the United States, Afghanistan, despite not claiming any of the terrorists as their own nationals, once again became the target of foreign forces. Once again, scholars seized upon this opportunity to label the NATO invasion of Afghanistan as another phase in the Great Game. However, while several aspects of the game endured, its fundamental premise seemed to shift closer towards the conceptualisation of international affairs articulated by American political scientist Samuel Huntington in his seminal thesis, the Clash of Civilizations. Writing for the Journal of American History, Bruce R. Kuniholm describes this new great game not as a clash between civilizations, but as a conflict “within states, within cultures and within an increasingly global community over the values and ideas that underpin modernization.”

However, that iteration of the conflict proved to be less of a great game and more of a zero-sum game. The US invasion of Afghanistan was the longest foreign conflict fought by the Americans as well as the most expensive, costing upwards of $1 trillion. At one point, NATO had approximately 100,000 boots on the ground, of which, 3,500 returned. Afghanistan suffered even greater losses, with more than 65,000 security personnel and 111,000 civilians dying as a result of the conflict. Furthermore, despite channelling billions of dollars of aid into the country, World bank Figures indicate that over half the Afghan population live on less than $1.90 a day. 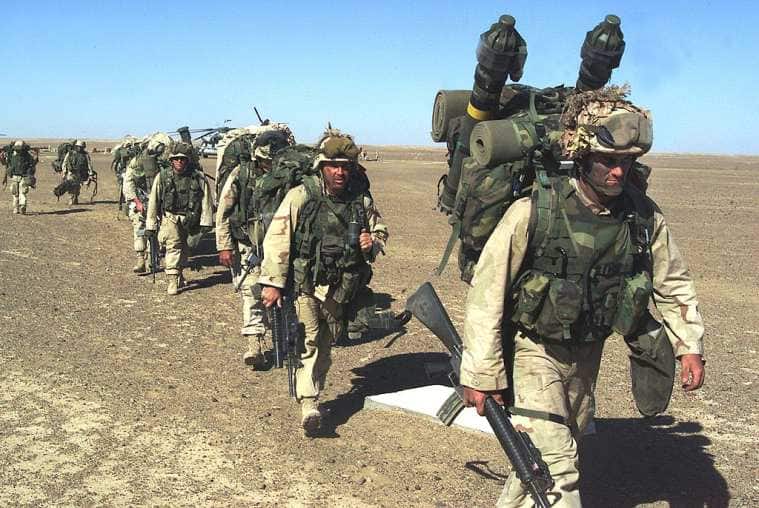 India and the Great Game

India and Afghanistan have shared a relationship from the time of the Indus Valley civilization. Afghanistan has been the gateway to India for several invading armies including that of the Mughals and were both ruled by the same rulers more than once.

India has also maintained strong ties with Afghanistan since independence, signing a number of treaties with Kabul under Afghan King Zahir Shah’s regime in the mid-twentieth century. While India was not heavily involved in the anti-Soviet jihad or the NATO invasion of Afghanistan, it, along with Russia and Tajikistan, provided important resources to the Northern Alliance in their fight against the Taliban. Changing dynamics within Afghanistan could have potential ramifications in India in regard to the spread of extremism, Pakistan’s growing sphere of influence in the region and India’s own relationship with the Taliban.

Sameer Patil, Fellow for International Security Studies Programme, Gateway House told indianexpress.com over phone that “India is unlikely to deviate strongly from its current position in Afghanistan. It has historically been reluctant to intervene militarily in any foreign nation and stands little to gain from doing so in Afghanistan.” Due to India’s developmental track record, having provided over $3 billion in aid to Afghanistan, it stands to benefit from the goodwill of the Afghani people and any form of aggression, diplomatically or otherwise, could provide fodder for the Taliban to stroke nationalist sentiments against another “foreign occupier.”

Writing for Foreign Policy, Harsh Pant and Kriti Shah, researchers at the Observer Research Foundation in New Delhi, note that both the Taliban and New Delhi have indicated a willingness to work together in recent years. Whether or not they will be successful in that endeavour will be contingent on Afghanistan curbing the spread of extremism across its borders, on the strength of Indo-Pak relations following the ceasefire on the Line-of-Control and on India’s ability to successfully walk the line between providing transitional stability and overextending its interference in Afghani politics.

The big concern of terrorism

A big reason for concern among regional powers is the possibility of rising terrorism after the withdrawal of American forces. The Soviet-Afghan war necessitated the military training and armament of countless Afghan citizens and foreign volunteers, many of whom ended up becoming leaders of groups including the Taliban and Al Qaeda. While their training and tactics originated in the battlefields of Afghanistan, they were soon exported to every corner of the globe. This practice continued well after the war.
Writing for the New York Times Magazine in 1994, Tim Weiner had reported, “in the five years since the Soviets withdrew, tens of thousands of Islamic radicals, outcasts, visionaries and gunmen from some 40 nations have come to Afghanistan to learn the lessons of jihad, the holy war, to train for armed insurrection, to bring the struggle back home.”

Under the Taliban, the situation intensified. After seizing Kabul in 1996, the Taliban imposed a strict form of Sharia law across the vast majority of Afghanistan that was under its control. Political experts have warned that with changing dynamics within Afghanistan, India will have reason to fear the resurgence of Taliban in the country. Patil pointed to the spillover of the Mujahedeen into Jammu and Kashmir in the 1980s as a historical precedent for such concern. He also noted that when the Obama administration first signified its intent to exit Afghanistan in 2014, the Taliban and Pakistan-based terrorist groups saw an opportunity to spread instability to J&K through means of irregular warfare. This shift from conventional warfare to irregular warfare in many ways vindicates Kuniholm’s theory of the new great game.
Pakistan and China in the new ‘great game’

In a speech to the National Defence University in Washington DC, in 2010, Pakistani General Ashfaq Parvez Kayani argued that Pakistan wanted “strategic depth in Afghanistan but (did) not want to control it.” Furthermore, he asserted that it was within Pakistan’s imperative to keep Afghan state institutions, including the military and police, in check in order to ensure that they did not pose a threat to Islamabad’s “strategic interests.” Pakistan has since maintained this narrative, insisting that its involvement in Afghanistan is a byproduct of security concerns emanating from a need to protect its borders. No Afghan government has recognised the Durand Line, an international boundary separating Pakistan and Afghanistan, and despite the Taliban’s ties to the Pakistani military, the organisation has aligned itself with the government’s viewpoint on this matter. Pakistan has been a key player in the great game since the Soviet invasion of Afghanistan and it is unlikely that Islamabad’s role will be diminished anytime soon.

Then there is China. In a way, China’s involvement in the great game is more similar to that of the British and Russian Empires than to the more recent conflicts fought within Afghan borders. Like the Russians in 1830, China views Afghanistan as an important component in its One Belt, One Road initiative and is eager to protect its investment in the region, especially in terms of the China-Pakistan economic corridor.