As Ford Motor Co shuts down its manufacturing plants in India, hundreds of workers will lose jobs.

Glimpses from a protest by workers outside Ford’s car assembly and engine-making facility in Sanand, Gujarat, September 21, 2021. 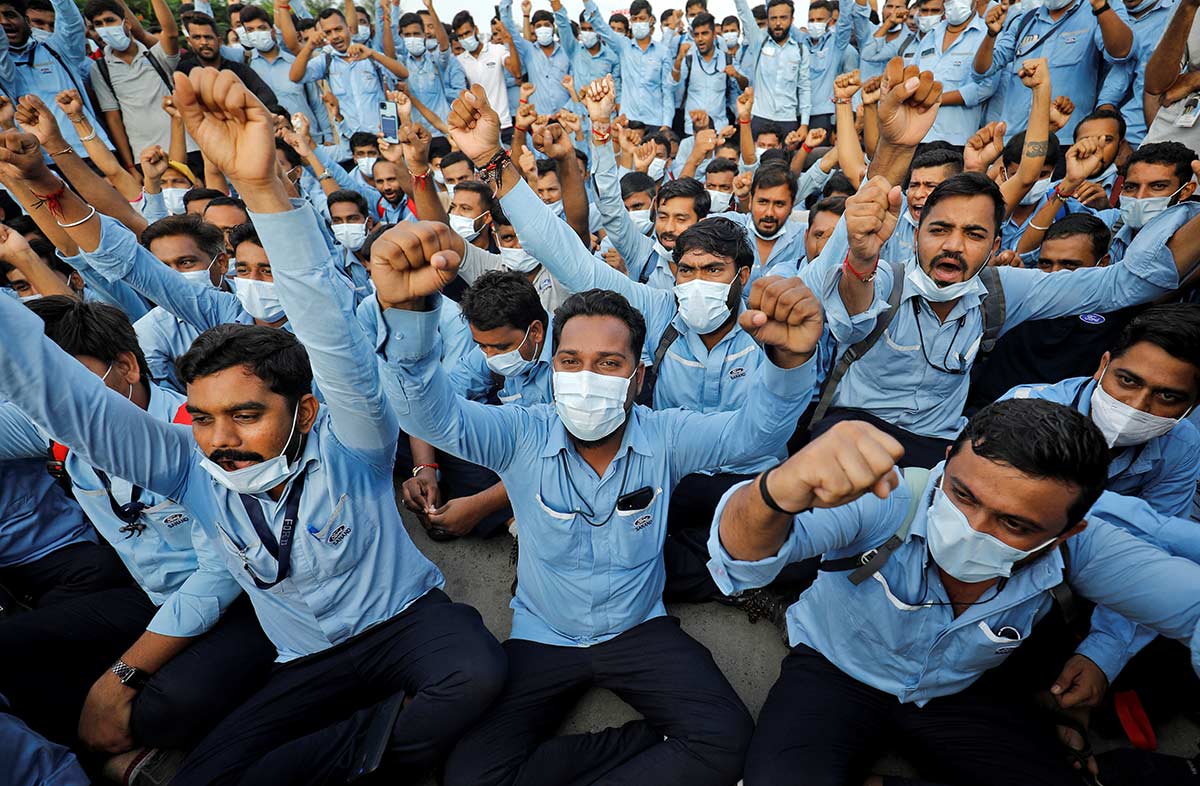 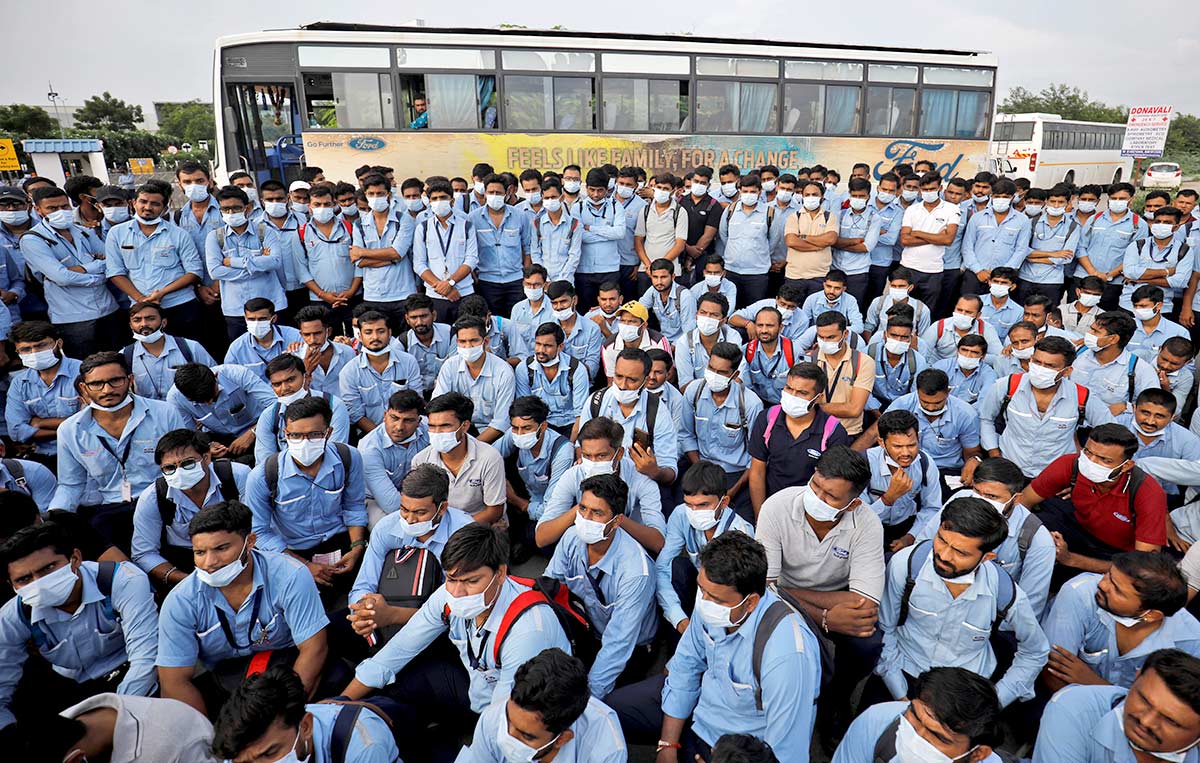 IMAGE: Workers at the protest. 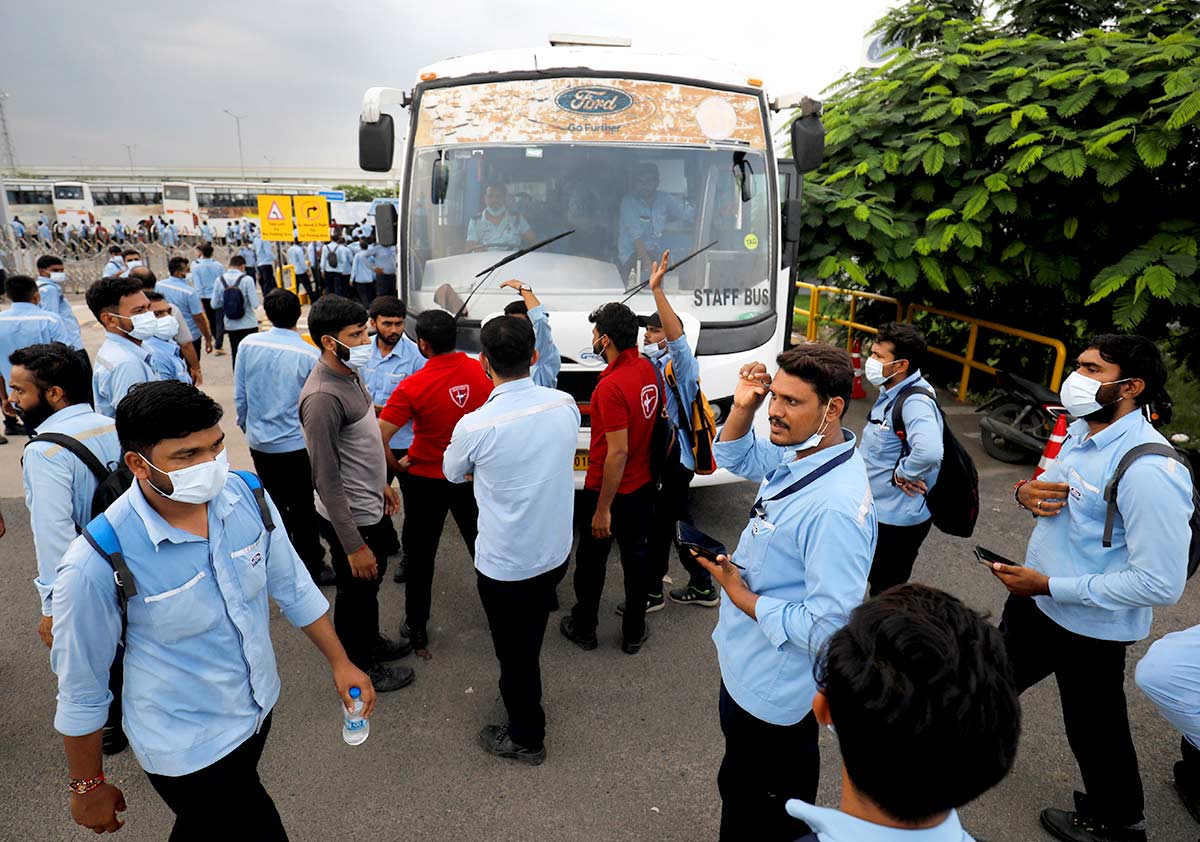 IMAGE: Workers stop a bus carrying other workers during the protest. 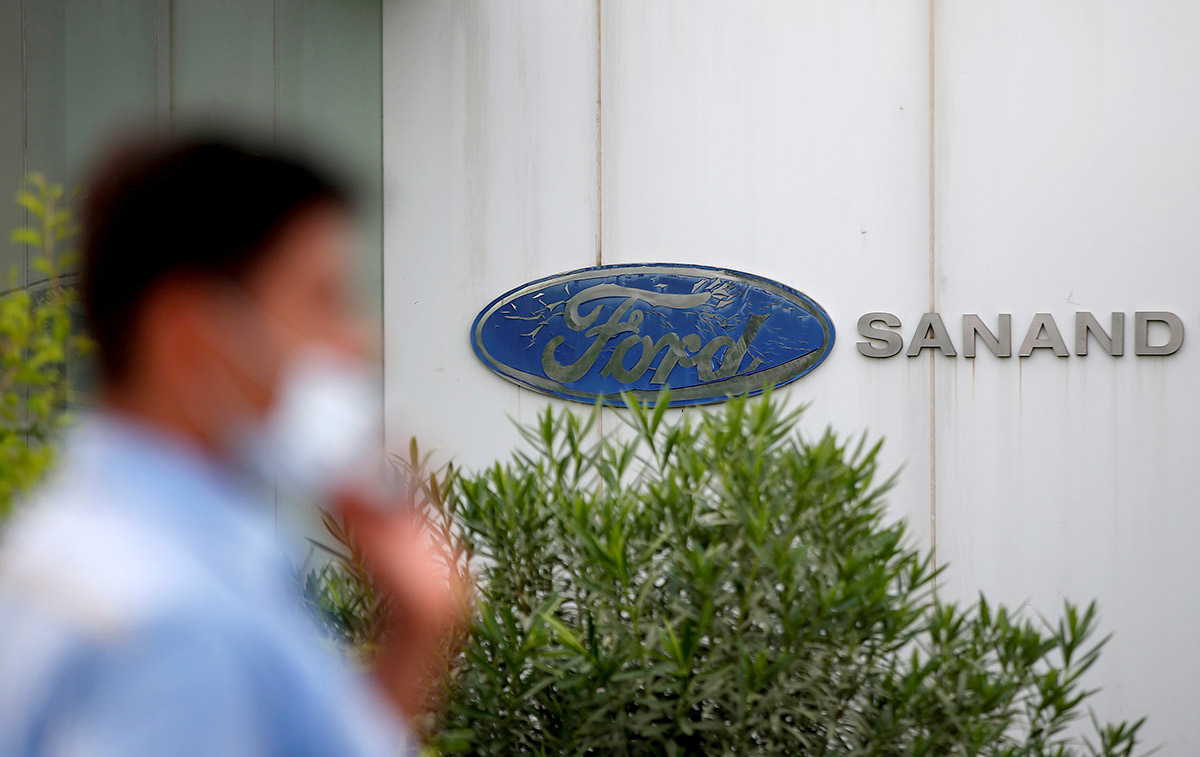 IMAGE: A worker walks past the famous Ford Motor Co logo during the protest. 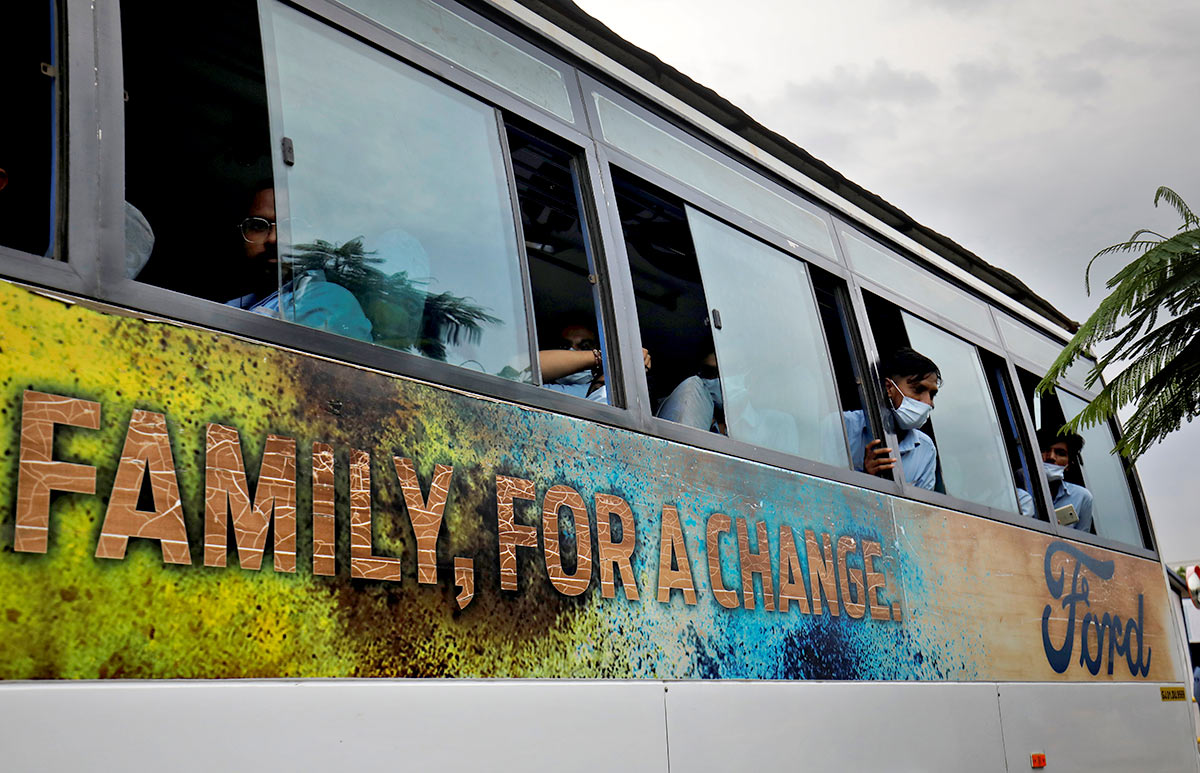