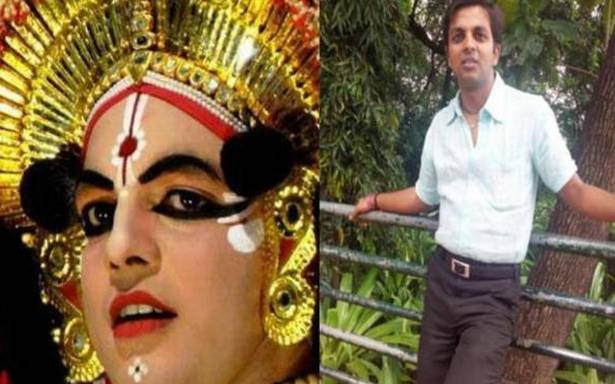 Noted Yakshagana artiste Uday Hegde Kadabala is missing, according to a complaint filed by his wife, Ashwini Kondadakuli, with police.

In a complaint filed with Kota police in Udupi district she said that her husband, aged 37 years, is incommunicado since April 21 after he left home in his car. The artiste is from Mathyadi village in Kundapura taluk of Udupi district.

Mr. Kadabala is presently associated with Perdoor Yakshagana Mela. His phone is also not reachable since April 21, Ms. Kondadakuli, who is also a Yakshagana artiste and a teacher, said.

She tried to trace him by contacting her relatives and friends, but to no avail.

Police said that they are trying to locate him based on his mobile phone’s location. Kota police have registered a case in this connection.

Mr. Kadabala is a well-known artiste of Badagu Thittu school of Yakshagana. He is the son-in-law of doyen of Yakshagana Kondadakuli Ramachandra Hegde.