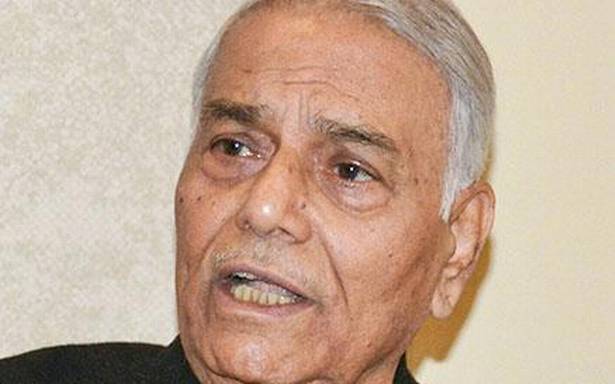 "You will be surprised at today’s development as to why at this age I am joining a party when I had withdrawn myself from party politics. This is because the country is passing through crucial times," Mr Sinha said.

The 83- year-old politician said that democracy does not only mean that elections after five years . "The strength of democracy lies in the strength of institutions and I say it with regret that these institutions including the judiciary in the country have been weakened," he said.

Mr. Sinha quit the Bhartiya Janata Party in April 2018. "The BJP of Atalji (Atal Behari Vajpayee) and the BJP now are poles apart. Atalji believed in consensus, but the BJP today believes in conquering," he said.

Showering praises on Ms. Banerjee, Mr Sinha said that she is a fighter and expressed hope that TMC will return to power with a thumping majority. "A message should go from Bengal that what Modi (Narendra Modi) and Shah (Amit Shah) are doing from Delhi cannot go on," he said, adding that a victory of TMC would strengthen call for parivartan (change) in 2024 Lok Sabha polls.

Mr Sinha had also campaigned for the party during the 2019 Lok Sabha polls in West Bengal.