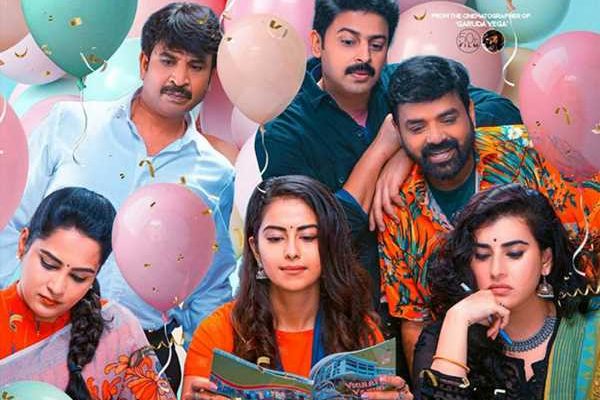 Uyyala Jampala fame Avika Gor is going to be seen again in the upcoming Telugu youthful entertainer 10th Class Diaries, after her long interlude from the Telugu industry. She is popularly known for the television serial in Hindi Baalika Vadhu and after its Telugu dubbing Chinnari Pelli Kuthuru.

Not less than this, Avika Gor has also attained a tremendous craze around her from all the Telugu audience through her Telugu debut Uyyala Jampala. The latest news is that the makers of her new film 10th Class Diaries have decided to disclose the trailer. And, the trailer is going to be released by the prominent hero Dhanush, today at 7.02 pm.

In this film, Avika Gor is the love interest of hero Sriram. The film is helmed by Anji and backed by Achyut Rama Rao P. Suresh Bobbili has taken care about the music segment of the film. The film also has Archana, Himaja, Srinivasa Reddy, Vennela Rama Rao and others in the pivotal roles.