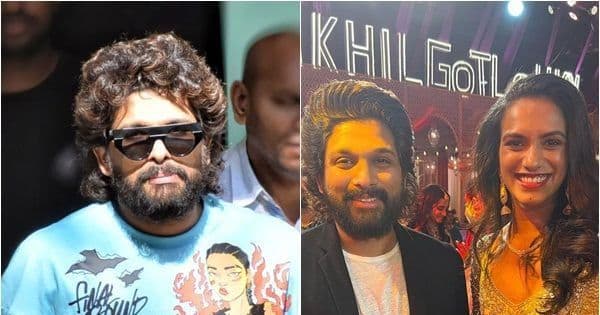 A couple of days ago, Allu Arjun got brutally fat-shamed by netizens for his latest appearance. He was spotted in Hyderabad and looked bulky in a printed T-shirt with black trousers. Online users were quick to call him ‘vada pav’ and a ‘buddha’. But it seems like the queen of the badminton PV Sindhu’s latest post appears to be a sly dig at trolls. She shared her fangirl moment with Allu Arjun by calling him by his nickname the ‘stylish star’.

The moment of the day came when Sindhu, who is the first-ever Indian woman to win two Olympic medals, was captured with Allu Arjun at the engagement ceremony of industrialist Nimmagadda Prasad’s son Nikhil in Hyderabad. While Allu Arjun looked uber cool in a black blazer on a white shirt paired with white shoes, Sindhu looked beautiful in a lehenga.