Around Town – From Jim Sarbh headlining a play for NCPA to an online ballet performance by New York-based choreographer Adriana Pierce, to new books and art exhibitions – a round-up you must not miss 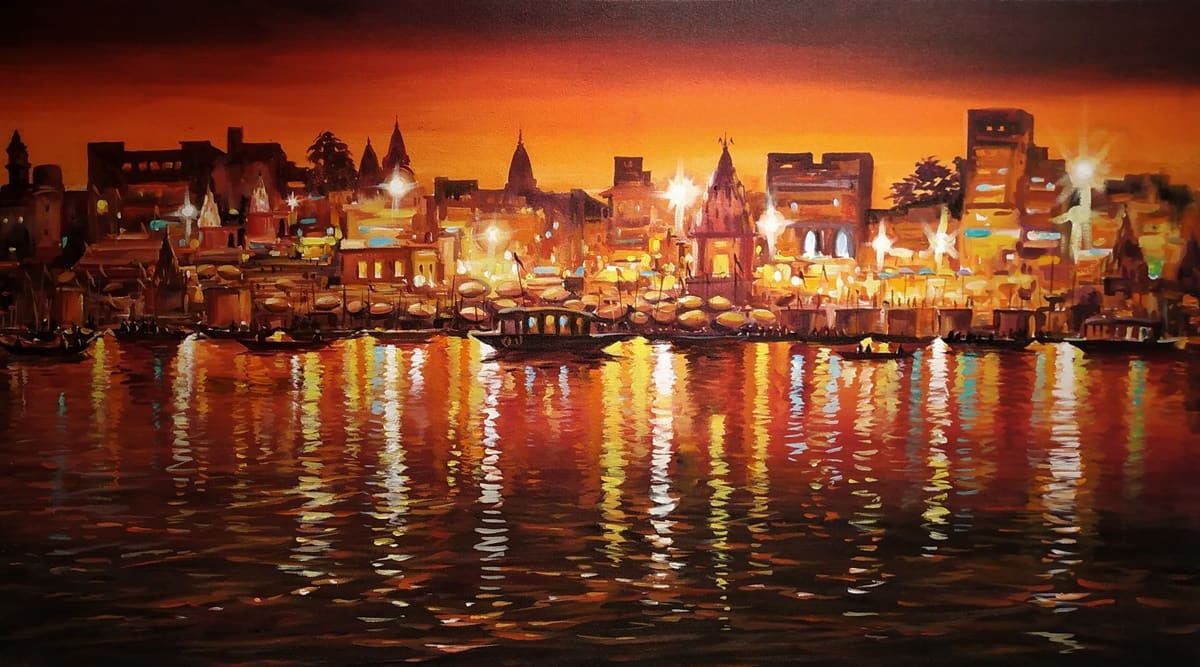 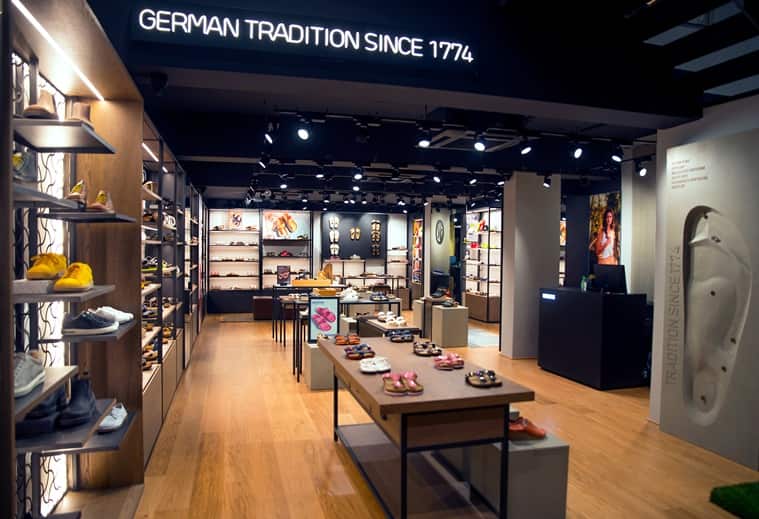 Their cork-soled sandals, strengthened with jute and suede, had made Birkenstock a well-known entity, especially where open sandals were concerned. The German footwear brand has grown from its rather simple orthopaedic beginnings to being worn on the ramp at the Paris Fashion Week. They have now opened their first-ever mono-brand store in India in Indiranagar, Bengaluru. It is their largest brick and mortar store in Asia and also houses the largest footbed prototype in Asia as well — measuring three metres. The footbed of Birkenstock sandals is their unique feature as they contour themselves to the wearer of the sandals. The sandals also had their pop-culture moment when they were adopted by Hollywood actors Kate Moss and Gwyneth Paltrow. The giant store in Bengaluru is reflective of the expansion policy of the brand who has also opened other outlets across India, in cities like Mumbai, Delhi, Chennai and Hyderabad. Since her first book, The Zoya Factor, Anuja Chauhan has created many a world of light-hearted romance with her wit and humour that have made her one of India’s bestselling English-language authors. The Bengaluru-based writer is back with another novel. Her sixth book is a murder mystery that she wrote in the middle of the lockdown in 2020. Club You To Death (HarperCollins India, Rs 399), which released this week, is set in the fictional world of the Delhi Turf Club and follows the lives of ex-lovers Bambi Todi and Akash ‘Kashi’ Dogra as they help ACP Bhavani Singh crack a murder case that takes place within the club premises. The story keeps the reader guessing the identity of the killer with every plot twist, and weaves a whodunnit that will keep readers hooked till the end. 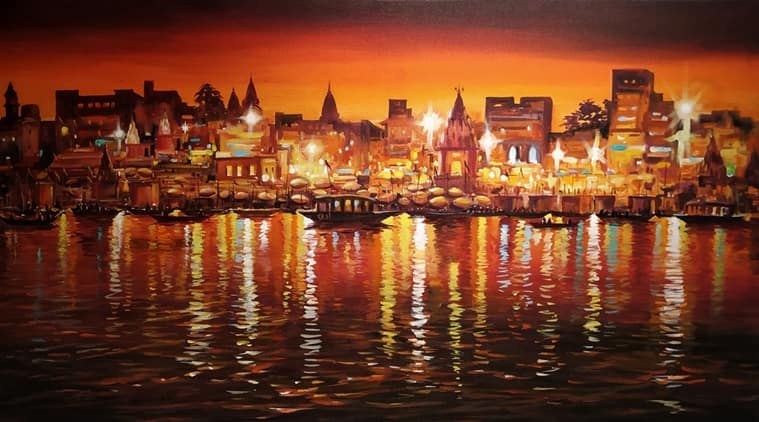 If you are looking to start an art collection, have a look at Art Grooves, an online art exhibition and sale. Be it watercolours or acrylics, still-life or landscapes, there are works by 22 artists that you can browse through. Art Grooves is an initiative by self-taught artist Poornima Dayal. “Last year, when the lockdown began, we had to consider what would happen to art exhibitions. I knew many people who were painting more because they were at home but were looking for a platform to showcase their work,” says the Mumbai-based artist. Dayal initiated a virtual meet-up for artists, where they could share more about their practice, connect with a wider public and also sell works if they wished. These monthly meet-ups have now crystallised into Art Grooves, where interested audiences can connect directly with artists over Whatsapp and learn more about their works. There are both full-time painters as well as hobbyists who are part of Art Grooves and Dayal says that 100 per cent of the sales will go to the participating artists. Prices start at Rs 3,000 and go up to a lakh. Visit Art Grooves at https://pankh.live/artists/

Left on the Roads 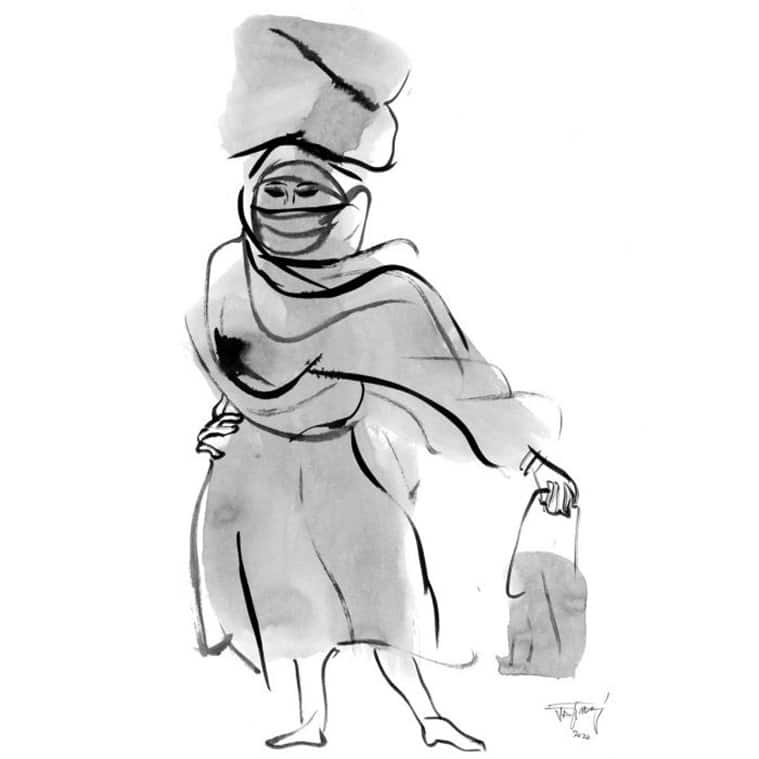 A solo show of Jatin Das, titled ‘Exodus 2020’, is a series of ink paintings done by the artist during the lockdown in the wake of mass migration of labourers across Indian cities. Captured in ink on paper, in his signature style, the artist sensitively looks at the struggle, the poverty and the experience of migrant workers in urban India. “Like everyone else, I was stuck at home for more than six months. I barely stepped out. What I missed the most was going to my studio, where I work from morning till late evening. Instead, I spent most of my time cooking and cleaning. But I was restless at home. I had 200-odd acid-free paper, some inkpots and lots of brushes. So, I began painting. What appeared in the newspapers and television, and what I had observed over the years, all spontaneously came pouring out. And that is how the series was born,” says Das. The exhibition is on till March 15 at Art Alive Gallery, Panchsheel Park, New Delhi. 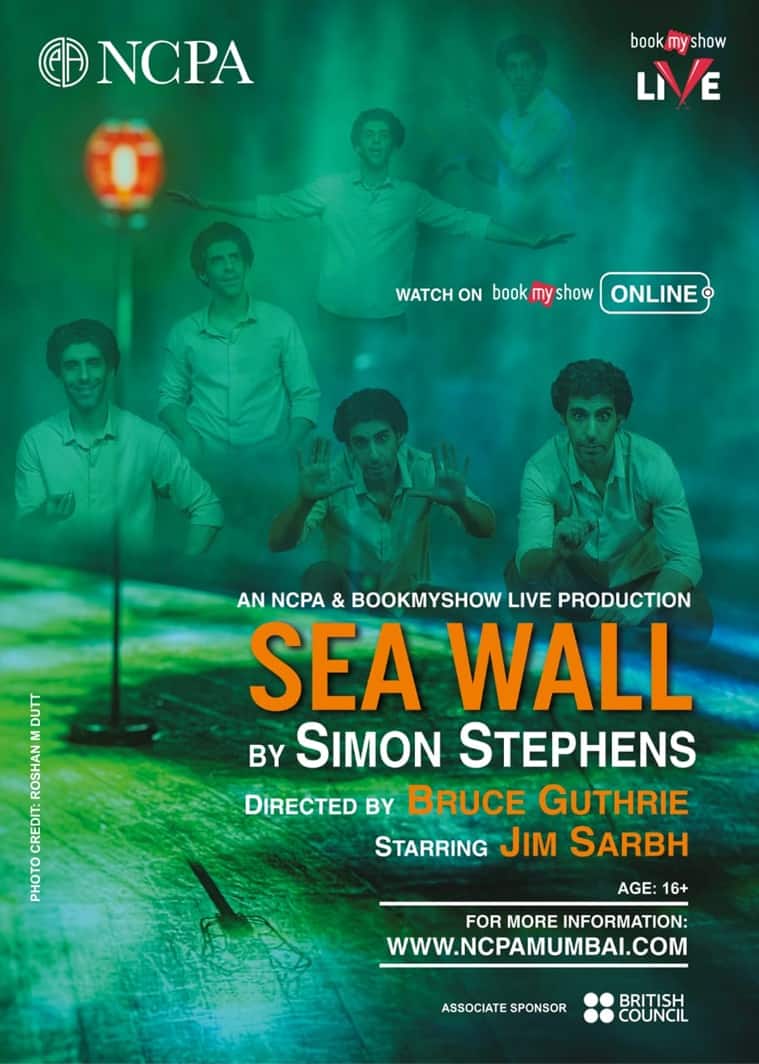 You don’t have to travel to Mumbai to watch the latest production of the National Centre for Performing Arts (NCPA), titled Sea Wall, in which Jim Sarbh presents a sensitive monologue as the protagonist, Alex. He speaks directly to the audience about his wife, his daughter, his father-in-law, photography and the bottom of the sea. He seems a natural, happy and engaging person; within him, flicker some questions about belief and religion. Alex’s contentment soon fades away into deep and heart-breaking grief, which seems fitting for the post-pandemic world. Based on Simon Stephens’ critically acclaimed script, the play is directed by Bruce Guthrie, Head of Theatre at NCPA. On February 27- 28 on BookMyShow.com; entry: Rs 300.

New York-based dancer, choreographer and actor Adriana Pierce will be exploring the varied ways in which two women communicate and connect through a ballet piece that is a tribute to LGBTQ+ women and their stories. “When I speak to queer women ballet dancers,” she says, “the number one dream they (we) all have is to do pas de deux work with other women. This is simply not a common practice in ballet choreography, and when it does occur, it’s generally accomplished by using the physical partnering codes which already exist within ballet’s binary gendered movement system. I want to create a duet for two women that honours their movement styles, physique, emotionality and connection, in a way that is not harnessed or codified by ballet’s traditional technical ideals. I also feel it’s imperative that audiences get to see genuine and thoughtful queer stories and relationships.” #QueertheBallet by Pierce and featuring American Ballet Theatre’s Remy Young and Sierra Armstrong is a process performance that is available on YouTube till Feb 28. Entry is free.