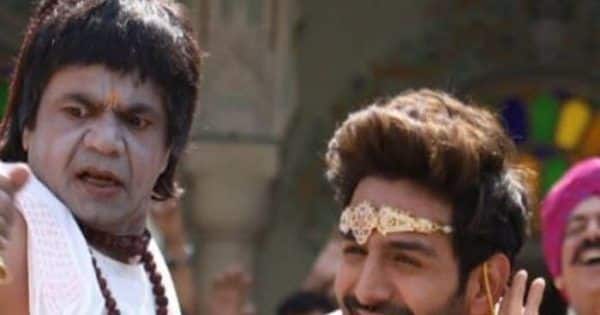 Kartik Aaryan’s Bhool Bhulaiyaa 2 has broken all the records of his previous films and right now he is enjoying the super success of the film. Kartik Aaryan has become a true blue with his latest release. After a downfall in Bollywood where Hindi fs weren’t working well and being compared to south films, Kartik’s film has become a gamechanger and how. And now the actor is termed as a saviour of Bollywood. Here’s how!

Trade expert Taran Adarsh in his interaction with Bollywood Hungama picked out the media reports for calling Kartik unprofessional after he exited Karan Johar’s film Dostana 2 and now making him the saviour. ” Last year, a section of the media was saying that he’s the most unprofessional actor and he has become big for his boots because he was removed from a particular film. The same media is calling him the saviour today. The irony of life!”

He further added, ” The industry had a string of flops. Flops sabki Zindagi main hota hai but to have such low numbers and when your lifetime doesn’t go beyond Rs. 25 or Rs. 30 crores is a cause of concern. And we are talking of A-list stars like Ajay Devgn, Shahid Kapoor, Tiger Shroff and Ranveer Singh. So, somewhere, a correction is happening and people are preferring mainly wholesome films.” Praising the actor he concluded, ” I feel he has delivered as an actor, and that too in a very big way.”

Kartik Aaryan deserves to be credited

While trade expert Komal Nahata too was all praises for Kartik and said he should be credited for bringing back the umber sin Bollywood, ” “With the South films doing so well, people were wondering ‘Bollywood ka kya hoga. Kartik Aaryan’s film meanwhile has emerged as such a success story that people are heaving a sigh of relief. However, I wouldn’t like to see such a high-funda word as ‘saviour’ because it’s not like Bollywood was finished. In the media’s eyes, Bollywood was over. I had always maintained that it was a bad patch. There would have been a concern if Bollywood films would have flopped despite being good. Except for Jersey, no film was good and it flopped due to other reasons and mainly due to KGF fever. So bad content failed and it would have failed even in the pre-Covid days. Nevertheless, Kartik Aaryan has done a fantastic job. I am very happy for him. He deserves to be credited, definitely”.

But one cannot agree more that Kartik Aaryan became a ray of sunshine with Bhool Bhulaiyaa 2.