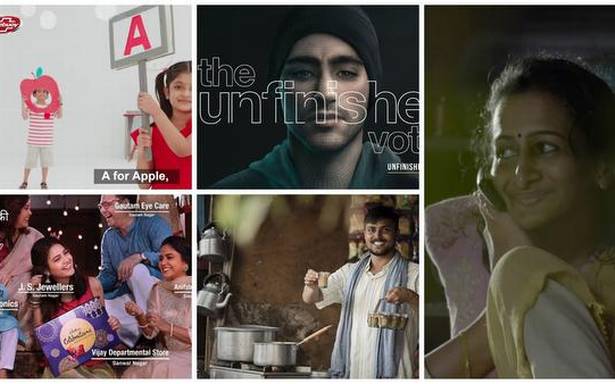 Some of the work done in 2020-21 was, in many ways, reflective of the period itself: edgy and unusual. This was work that respected the environment it inhabited. As a member of this year’s Health & Wellness Jury at One Show (oneshow.org), I had the privilege of meeting quite a few of such unexpected gems.

Take, for instance, the ‘Unfinished Votes’ project executed by gun safety organisation, Change the Ref. It saw the threads of technology, creativity and humanity coming together to create the fabric of a safer society – at an individual as well as collective level.

Closer home, the ‘Artist’ film done by Savlon was a fresh piece. In a sea of sameness, where the currents were in the ‘wash your hands, wear a mask, maintain social distancing’ direction, it swam differently. What made these pieces distinctive in their own right was the way they intersected cause, concept and craft.

On Cannes Lions: The one piece of work that, for me, stands out is the Lifebuoy ‘H for Handwashing’ project by Lowe Lintas. It is simple, insightful and has the rare potential to be implemented at a grassroots level – which, especially in a country like India, is the acid test.

In terms of sheer memorability created by the oddest choice of celebrities, Cred (the Rahul Dravid creative, for instance) obviously stands out. The campaign has possibly one of the deepest budgets to rely on. This has allowed them to take well-known people and transform each one of those personalities, making them do the oddest of things. And it mostly seems to come together.

On Cannes Lions: A worthy contender according to me, which has already won a Bronze Lion In Creative Data Lions (as on June 23) is the Not Just A Cadbury Ad (Ogilvy) entry by Mondelez India. A good mix of creatives, backed by geo-located data, enables Cadbury to provide an advertising platform for local retailers – across geographies like Mumbai, Pune, Indore, Lucknow and Delhi – who have been affected by the pandemic. A great idea that deserves every award it gets.

For obvious reasons, a lot of the work done for brands last year contributed in their own way in tackling the pandemic and its fallouts. For me, the standout piece of work was Axis Bank’s ‘Reverse the Khata’ by Lowe Lintas. It had heart, it is rooted in the Indian ethos, and offers a practical solution to help the society at large.

On Cannes Lions: As has always been the case with international award shows, a lot of amazing work in India is so culturally-rooted that it gets lost in translation despite the best efforts of the Indian jurors. But that’s fine too. That’s the game it is.

My top picks are Dove’s Courage is Beautiful campaign, Body Form’s Womb Stories, and Burger King’s Moldy Whopper commercial. I choose these three because each one is a breakthrough idea and the execution has taken it to excellence. These are pieces that will forever be quoted in advertising agency corridors.

As told to Nidhi Adlakha and Rosella Stephen