While North MCD has seen the highest drop at over 50,000, the East MCD recorded around 15,000 fewer admissions this year. South MCD, however, saw enrollment increase by around 7,000. 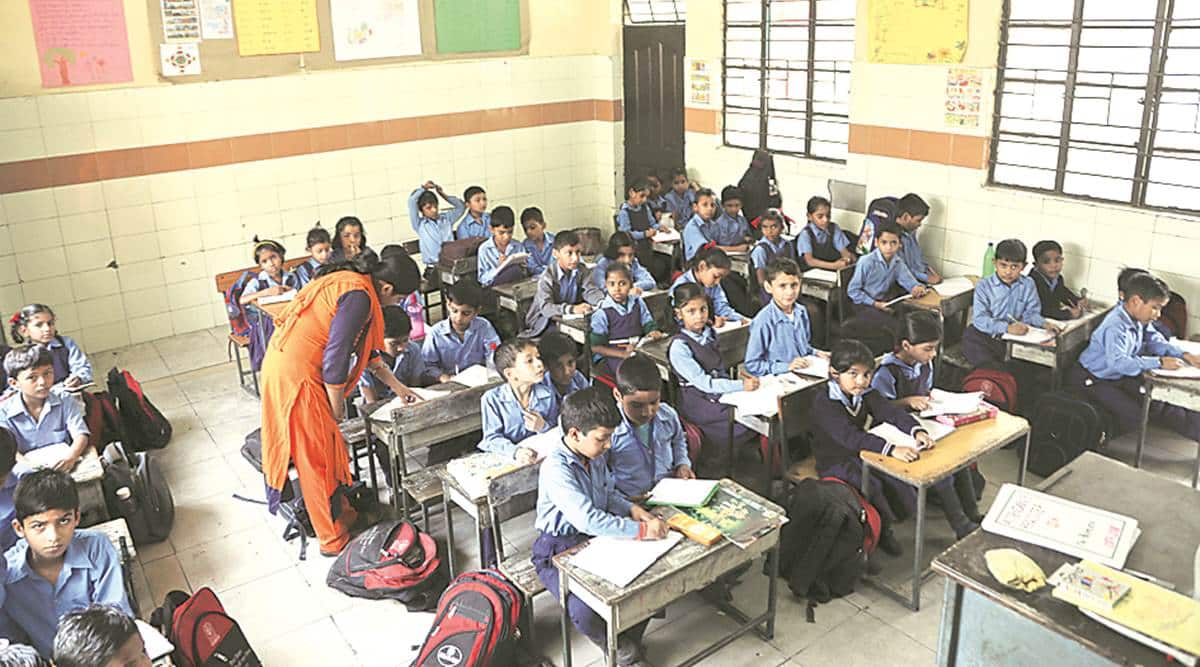 Migration of workers due to the Covid-19 pandemic has impacted the enrollment of students in civic body schools, with 62,000 fewer students enrolled in the academic year 2020-2021 compared to the previous year, officials said.

While North MCD has seen the highest drop at over 50,000, the East MCD recorded around 15,000 fewer admissions this year. South MCD, however, saw enrollment increase by around 7,000.

The enrollment data of the last four years from schools of the three civic bodies — North, South and East — shows that though the enrollment has declined every successive year, the drop of 62,406 students this year is the highest.

This is despite the fact that the enrollment drive continued till September this year, unlike the previous years where it ends in August. 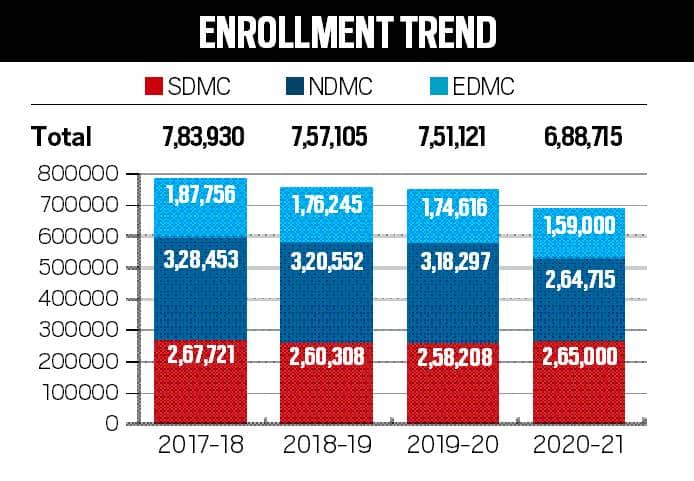 Officials in all corporations said that although the enrollment has been decreasing ever since Delhi government schools began admitting students nursery onwards, as parents do not prefer changing the school of their ward, the migration of workers due to Covid pandemic this year has further affected the enrollment.

There are over 1,600 schools run by corporations across Delhi, from Nursery to Class 5, where children mainly from poor families study. The EDMC has 357 schools, South body has 581 schools while North has 714 schools.

East MCD has also seen a decline of over 15,000 students, which is the highest in the last four years.

The South body, which has better infrastructure in its schools, however, has shown a rise in the enrollment from last year, with 2,65,000 students being enrolled in comparison to last year’s 2,58,208.

Education committee chairperson of South body, Mukesh Suryan, attributed the rise to an extensive drive involving visiting slums and jhuggi clusters to encourage students to take admissions. He also said a lot of students from private schools have also taken up admission in MCD schools as their parents’ incomes are down due to Covid.

An official in a South MCD school, however, said though the figures are high on paper, it may not be so once schools open. “In the past also we have seen tendencies of parents to get names of the children enrolled in multiple schools since government schools give benefits such as uniforms and bags. Sometimes even those carrying drives enroll more students to drive up the numbers. It will be detected through Aadhaar numbers once schools reopen,” he said.

“Most of the students in our schools are children of workers and poor people. They have been affected most due to Covid, either in the form of losing employment or going back to their hometowns. So naturally, we will lose out on admission,” said a North body official.

An East MCD official said, “We are still trying to bring more students. There are several students in Yamuna Khadar area who cannot come. We are trying to make some provisions to provide them education there itself.”