A delegation of JNUTA office-bearers was escorted to the Human Resource Development (HRD) Ministry by police but the association said they were not able to meet any official. 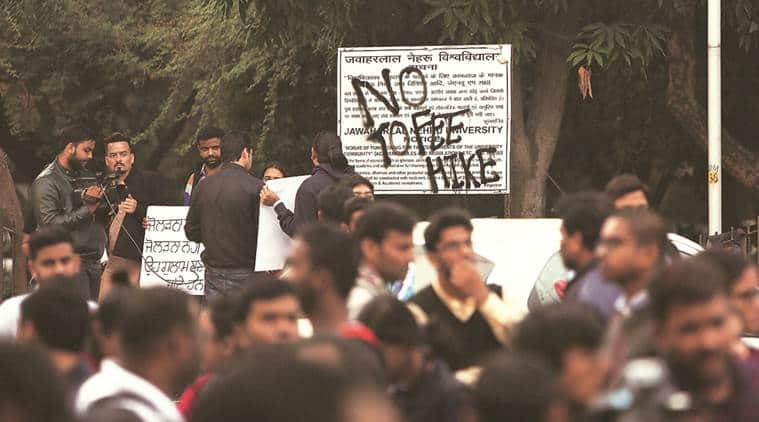 The Jawaharlal Nehru University Teachers’ Association (JNUTA) on Monday staged a march to demand that the report of a high-powered committee set up by the Centre on the fee hike issue be made public. They started their march from Janpath but police stopped them near Shastri Bhawan.

A delegation of JNUTA office-bearers was escorted to the Human Resource Development (HRD) Ministry by police but the association said they were not able to meet any official.

In video| Why are JNU students protesting?

“In a most shameful manner, the HRD ministry refused to meet a delegation of the JNU teachers who marched to the ministry,” said Surajit Mazumdar of the JNUTA.

“The refusal to meet the delegation only suggests that the HRD has no reply and the formation of the high-powered committee was a diversionary tactic and not a serious effort to resolve the situation in JNU.”

Last week, the JNUTA had sought an urgent appointment with Union HRD Minister Ramesh Pokhriyal ‘Nishank’ to seek the ministry’s intervention in ensuring that the impasse over hostel fee hike is resolved.

The JNUTA said neither the report submitted by the HRD Ministry-constituted high-powered committee has been officially made public nor has the ministry announced any follow-up action, despite the urgency that the situation demands.

The three-member panel submitted its report last week (on Tuesday).