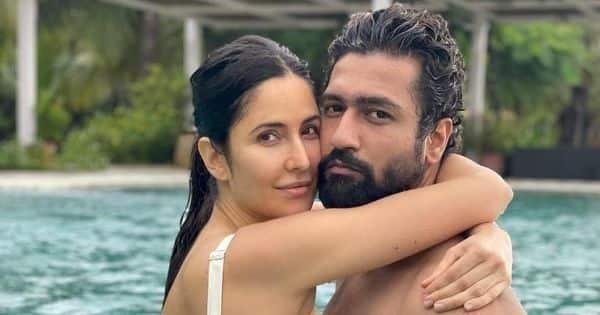 Vicky Kaushal and Katrina Kaif got married on December 9, 2021 in Rajasthan. It was one of the most popular celeb weddings. Now, according to a Bollywood Hungama report, the couple is expecting their first child. The actress is reportedly 2 months’ pregnant. The report also says that several producers have been asked to reschedule their date diaries for Katrina. She has Merry Christmas, Phone Bhoot and Tiger 3 in her kitty. There is no official confirmation of her pregnancy though.

Back in 2019, Katrina had opened up about having kids in an interview with Filmfare. She had said, “Not having a father figure does create a certain vacuum and makes any girl feel vulnerable. When I have kids, I want them to have the experience of being with both parents. Each time I’ve gone through something emotionally hard, I was compelled to reflect that it must be nice for those who have a strong fatherly support from a male figure, who loves you unconditionally.”

Meahwhile, recently, Katrina shared a PDA pool with Vicky and it went viral instantly. “Me and mine,” read her caption. Vicky and Katrina keep giving us couple goals.

Vicky spoke about Katrina in an interview with Hello India magazine. Calling her a great influence in every aspect of his life, Vicky said, “I’m very fortunate to have found a life partner in her because she’s an extremely wise, intelligent, and compassionate person. I learn a lot from her every single day.”