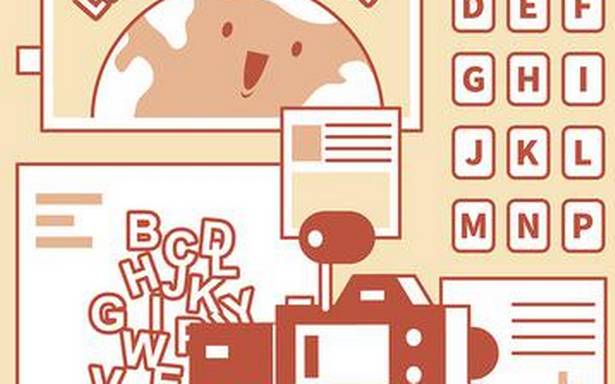 What is the meaning of the expression ‘play out of one’s skin’? (V Gayathri, Trichy)

The Americans coined this expression in the second half of the 20th century, and today, it is frequently heard on both sides of the Atlantic when people are discussing sports. Commentators are particularly fond of this expression. When you say that someone ‘played out of his skin’, what you are suggesting is that he put up a brilliant performance – though it was a spectacular performance, it does not necessarily result in the individual or his team winning the game/match. The expression carries with it the suggestion that it was a very energetic display.

Mithali played out of her skin, but India ended up losing by twenty runs.

At this year’s French Open, Djokovic played out of his skin to beat Nadal.

In recent times, native speakers of English have begun using the expression in contexts other than sports.

At the concert, he sang out of his skin – the audience went nuts.

How is the word ‘unctuous’ pronounced? (MV Sridhar, Nellore)

The word is limited to formal contexts, and it is normally used to suggest disapproval. The first syllable (‘unc’) rhymes with ‘skunk’, ‘bunk’ and ‘punk’, while the following ‘t’ sounds like the ‘ch’ in ‘chips’, ‘cheap’ and ‘chess’. The final ‘ou’ sounds like the ‘a’ in ‘china’. The word is pronounced ‘UNK-chu-es’ with the stress on the first syllable. Someone who is unctuous is very insincere; this individual flatters other people or does favours for them hoping to get something in return. On the surface, he comes across as a friendly individual who is full of praise for you; but his excessive flattery, leaves a bad taste in your mouth. He is not someone you trust.

I can’t stand Mohan. I find his unctuous voice and smile revolting.

Please don’t have anything to do with her. She is as unctuous as they come.

The word comes from the Latin ‘unctus’ meaning ‘anointed with oil’. It is from this word that we get ‘ointment’.

What is the metal substance at both ends of one’s shoe lace called? (Rakesh Sethi, Meerut)

In the old days both ends of a shoelace had a metal tip; nowadays, it is mostly plastic. Whether it is metal or plastic, the tip at the end of the shoelace is called an ‘aglet’. The first syllable rhymes with ‘bag’, ‘tag’ and ‘lag’, and the vowel in the following syllable sounds like the ‘i’ in ‘bit’, ‘hit’ and ‘kit’. The word is pronounced ‘AG-lit’ with the stress on the first syllable. It comes from the French ‘aiguillette’ meaning ‘needle’. The function of an aglet is to ensure that the ends of a lace do not fray (become worn out). Any idea what the holes through which one inserts the lace are called? ‘Eyelets’ is what some people call them.

The child was unable to insert the aglet through the eyelet.

“Flattery is like cologne water; to be smelt, not swallowed.”