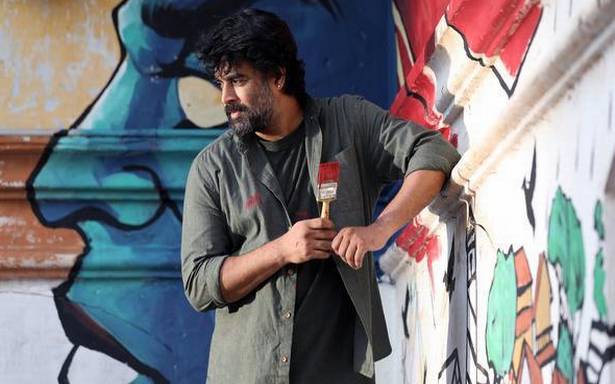 From an aesthetic point of view, ‘Maara’ directed by Dhilip Kumar is beautifully-shot and works somewhat better than the Malayalam film ‘Charlie’, although its rigidity comes close to spoiling the otherwise pleasant and charming film

For you to like Maara, you first need to understand who his distant cousin Charlie is, or rather, what he is. He is a figment of imagination; a mythical figure in an imaginative world. He is a vagabond (“naadodi”) who swoops in and out of other people’s lives; a charmer bringing joy and happiness into their lives. You could say that he is an incarnation of Amelie. And like that movie, Charlie is a character that could only exist in a book; a fairy tale to be accurate. And when you say fairy tale, it immediately defies logic and writes its own rules.

The film’s larger design and the undying interest to meet Charlie, were the fascinating aspects for me, apart from, you know, Shruti Raman (Parvathy). Charlie is so deceptively simple that, in other words, is a difficult film to adapt. Because, it’s sensibilities are firmly rooted within the film’s reality, and make little to no sense to adapt for a different sociocultural background. But what Dhilip Kumar (cleverly?) does in Maara is that he takes the soul and gives a more literal interpretation of what a fairy tale would look like, in a real world. Look at the props, murals, landscapes and the costumes that Dhilip uses to get the desired texture, with an excellent production design. It screams passion. Aesthetically speaking, Maara is a better adaptation of Charlie more than the film itself.

It begins with a mouthwatering opening involving a little girl on a bus journey, pestering her grandmother for bedtime stories. She is least interested in “long long ago, so long ago” tales. She wants to hear a story that is unusual. She wants a story that would satisfy her quest for imagination. When a fellow passenger, an elderly nun called Mary, narrates a fable-like journey: of a soldier and his pursuit in finding his “soul” locked inside a fish (I’d have preferred a mermaid, but it may not be a child’s tale), we get a beautiful animated sequence with waves, winds, thunderstorms and a conch…the fairy tale comes alive and thus, begins the girl’s journey. In a way, the title scene that we see itself is a figment of the girl’s imagination. Elsewhere, like the girl, someone is on a train journey and their lives are bound together by destiny.

And this little girl grows up to become a restoration artist, Paaru aka Parvathy (Shraddha Srinath), restoring artefacts and priceless pieces of art. It isn’t an irony that the biggest restoration Paaru would take up, is to retrieve the soldier’s long lost soul. But who is this soldier? Is he real or a myth? Could he be real? He could, when Paaru stumbles upon murals of the Legend of the Soldier in Kerala (is there a better place to show the intersectionality of different communities?), when she runs away from home when pressured to get married. She is, if one may, out to search for her soulmate.

The murals point towards one name: Maaran (Madhavan). Could he be the soldier? Could he be the answer that Paaru is looking for? Maara is about this never-ending search and the characters are constantly searching. In order to complete the larger puzzle that is Maara, Paaru has to meet a myriad characters to get the bigger picture. It’s like the Savitri character from Navaratri. The only difference is that the characters that Paaru meets needed better scenes. For instance, in Charlie, the late actor Kalpana played a sex worker. I don’t exactly remember the conversation she has with Charlie, but it created a lump in my throat. I welled up. Though Abhirami tries her best to make the character affecting, it doesn’t achieve the same results. Same with Alexander Babu. And with Guru Somasundaram. And same with Kishore too.

Dhilip Kumar comes across as a visual filmmaker. Some of the images in Maara are beautiful and stunning at once — a superb shot of Maara’s looming shadow and an extreme wide shot of Paaru amidst a face mural come to mind. The dramatic bits needed more polishing, but definitely worked better than Charlie, thanks to an excellent decision to cast the slightly senior actors in Mouli, Junior Balayya, RS Sivaji and Bharathi Mani.

Mouli plays Vellaiya who, too, is searching for his teenage love, Meenakshi. He is a dramatist, the man behind the Legend of the Soldier for his play, for his…Meenu. It’s a storyarc, which seemed okay in Charlie and had the veteran Nedumudi Venu playing it. Here, the nested lives of Vellaiya-Mara-Paaru-and-Meenakshi are a little too dramatic for the good. Mouli, especially, is fantastic in the scene where he meets Meenakshi. Decades of longing for this moment and when it arrives, Vellaiya instinctively wears his glasses to see if it’s really her. Theirs is a story that completes Maara and Paaru. And your heart warms when Meenakshi (who takes a different name now) asks if the soldier had found his soul and when Vellaiya says, “Naadagathula, adutha anju nimishathula-ye kedaichiruchu.”

But Maara is also a bummer. Because it’s a little too stiff and doesn’t have the playfulness between the lead characters; Dulquer Salmaan and Parvathy Thiruvothu truly complemented each other. Shraddha Srinath does the heavy lifting for the most part and Madhavan is too rigid to be a character that is lucid and fluid. Which is why when Dulquer and Parvathy meet in the climax, you were like, “Wow, they finally met.” In Maara, that moment gets watered down and you end up with: “Well, they finally met.”