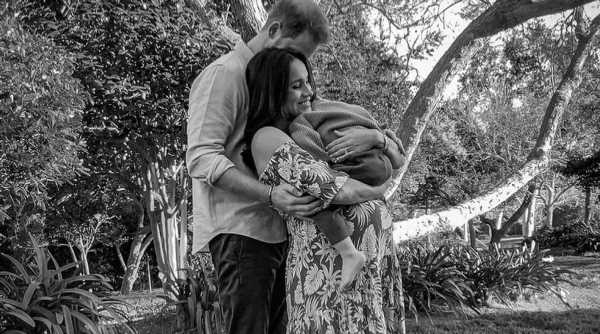 It is believed that the name has been on Harry and Meghan's radar for close to two years now, ever since they were expecting Archie in 2019

Baby girl Sussex has finally arrived, and her parents Prince Harry and Meghan Markle are overjoyed, naturally. They announced her birth on the Archewell website, stating “she weighed 7 lbs 11 oz” when she arrived June 4 at 11.40 am at the Santa Barbara Cottage Hospital in California.

“Both mother and child are healthy and well, and settling in at home,” the official statement read.

While this news has made royal fans excited, it is the name the Duke and Duchess of Sussex chose for their second child that has impressed people. Lilibet ‘Lili’ Diana Mountbatten-Windsor has been named after her great-grandmother, the Queen, whose family nickname is ‘Lilibet’. Her middle name, Diana, was chosen to honour her late grandmother, the Princess of Wales, Diana Spencer.

This is how netizens have reacted to the news and the name:

But, it did not come as a surprise to many people that the couple would choose this for her name, for it has been on their radar for close to two years now.

It is believed that back in 2019, when Meghan was pregnant with her first child Archie — and the world did not know whether she was carrying a girl or a boy — the Sussexes, on a visit to the town of Birkenhead, had heard some name suggestions from a group of school children. In fact, Harry had shown particular interest in the name ‘Lily’, asking a parent about the spelling.

Over the last few months, as people began to predict names for baby girl Sussex, ‘Lily’ was thrown around quite a lot. Only, they decidedly tweaked the spelling to honour the queen, Harry’s grandmother, whom he thinks of fondly. It was also expected of them to include Diana, for Harry had been particularly close to his mother, who died tragically in a car accident when he was only 12.

He has, on numerous occasions, said he hopes his mother would be proud of him, and would look down fondly on his family.