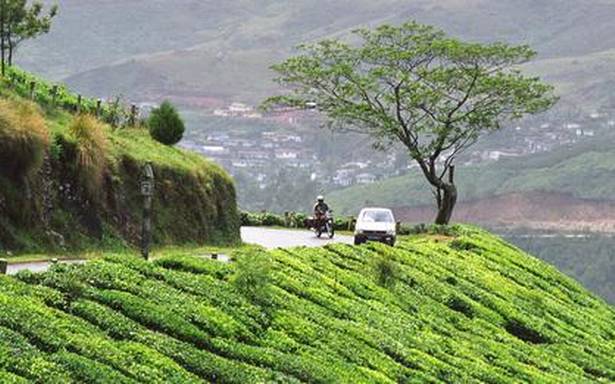 The hills and bansuri, the pathan and the rabab, Hindi film music abounds with stereotypes. It is time they broke free

Successful background music in films comes to the aid of visuals without us acknowledging its presence as such. It accentuates the beauty of locations, sensualises on-screen romance, demonises villainy. Stereotypes of any kind are also often formed in the background, subliminally, often without us realising it.

What’s the background sound that comes to mind in the following scenes? Two flowers symbolically meeting to show the union of lovers. A leading lady’s exaggerated blush. The camera panning across lush green mountains. I can immediately hear a sitar flurry in the first two scenes while the third would be the flute in any major pentatonic (a pentatonic is a five note scale) raag.

No flute in Garhwal

Too many film cameras have panned across mountains with flute music in the background in Hindi cinema. What prompted this coupling in the first place? Is the pentatonic bansuri an inherent quality of a mountain? A random draw from Garhwali/ Uttarakhandi pop song videos from the 90s and noughties is likely to throw up the combination of flute and hill. It is probably true then that the longstanding musical soul of a mountain is the transverse bamboo flute.

But before we freeze this essentialism, it would help to look into some myths from Garhwal. Musicologist Andrew Alter writes in Mountainous Sound Spaces (2014) that despite the abundant use of flute in Garhwali pop songs, he has rarely seen it being played in the hills. Other researchers in the area cite a similar experience.

What’s more, the few folktales in which the flute makes an appearance link it to acharis—fairies and sprites. The flute playing of one Jitu Bagadwal from a Garhwali folk story attracts mountain sprites that by and by devour him. Some scholars have observed that the cautionary nature of such tales resulted in parents discouraging their children from playing the flute in the hills.

These days, mountains don’t get the mandatory major pentatonic flute salute in films. That is because film stereotypes have evolved and become more nuanced.

In the film days of old, a mountain was a mountain—mostly a mere backdrop for song and dance. There was something trans-Himalayan about this simplification; you could be in Kashmir, Himachal or Sikkim. All would serve as generic backdrops for Bollywood formulas and often have their valleys filled with flute music. Now, when films situate songs in Kashmir, you can hear the rabab play in the background. The composition Tum from Laila Majnu (2018) for a fine example. The instrument feels closer to home with its plucks resonating in the Valley since it is traditionally played in the region. Like other instruments employed in the service of cinema, the rabab too has had a peculiar journey.

My first memory of it is when it lent weight to the diasporic henna-haired pathan in Yaari Hai Iman… from Zanjeer (1973). We would hear more from the rabab later, when Khuda Gawah (1993), the Bollywood saga set in Afghanistan released. The irresistible popularity of the film has since prompted many local rabab players to include its songs in their repertoire. Post 9/11, one could find the rabab supplementing the minor scale (stereotypically associated with a certain darkness) background scores of various war films, with visuals of what were purportedly the hardy mountains of Iraq and Afghanistan.

It’s all film music’s doing — the chronology of fatal friendships to larger-than-life Afghans to the rabab’s staccato coupled with Kalashnikovs in action. I go over some of these scenes to research this article and end up giving up what I’m hearing to what I’m seeing. Even when I want to listen, I end up internalising the sound, again unacknowledged. Such is the power of the visual.

Did this happen every time Mehmood came on screen accompanied by the mridangam, nagaswaram and veena in Padosan (1968)? The music was used as an auditory cue to highlight his theatrical ‘South Indianness’. Such attempts may not have been outrightly punitive like the fourth movement of Beethoven’s Ninth in A Clockwork Orange (1971), but they did colour impressionable palettes; interpreting the Carnatic sound, for instance, as comical for me for many years to come.

Now is a good time to bring background sounds up front and confront the spells cast by lingering musical clichés. One remedy could be pulling off an exorcism—a pahadi jaagar (musical all-nighter) where a jugalbandi of the flute, rabab, nagaswaram, dotara et al improvise and break out of the visual boxes they have been stuffed into, unleashing their infinite potential.

The writer is a journalist, music learner and teacher.