The top court said that courts are not experts in each and every subject and time has come when the interference in this arena should be stopped. 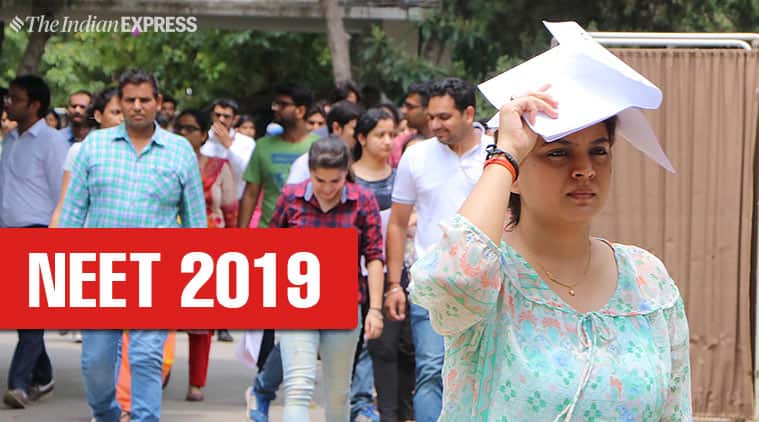 The Supreme Court Friday refused to entertain a plea which sought quashing of the answer keys of some questions in the NEET(UG)-2019 examination saying that an expert body has duly applied its mind and revised answers were issued. The apex court, however, allowed the four Hyderabad based students who have challenged the answer keys, to approach the high court for the relief.

It said that courts are not experts in each and every subject and time has come when the interference in this arena should be stopped. A vacation bench of Justices Ajay Rastogi and Surya Kant allowed the four medical aspirants to withdraw their plea and granted them the liberty to approach the high court with their grievances.

At the outset, senior advocate Abhishek Manu Singhvi, appearing for the students, said that wrong answer key were given by the National Testing Agency which conducted the exam on May 5.

He said the five questions having four marks each had more than one correct answers or had an answer which was different from answer key issued by the NTA.

“All multiple choice answers cannot be scrutinized by this court. We are not experts. We think somewhere some line needs to be drawn,” the bench said.

It said that interfering with the answer key would mean that the Supreme Court has become an appellate body above the NTA.

The bench said that after the answer keys were issued to the questions asked in the May 5 examination, several students had made a representation about the correct answers and subsequently revised answer key were issued.

“We see, an expert body has applied its mind and revised answer key was issued. In some cases, the answers were corrected. There does not seem to be a case of mala fide intent,” it said.

Video | Not happy with the results? Check options

Singhvi said that students career will be affected if the answers key were not corrected and suggested that an expert body should be constituted which shall look into the correct answer keys as the counselling is yet to start from June 19.

“Nowadays, there is too much interference going on in this arena which is creating a lot of problem,” the bench said.
Counsel appearing for another set of students from Kolkata, who have filed a similar plea in Delhi High Court said that their petition was coming up for hearing on June 17.

He said that NTA has initially in its information voucher said that there will be only one answer to the questions in NEET examination but it was later found that a question had more than one answers.

To this, the bench told Singhvi said that it would be appropriate if they approach the high court with their grievances.

Yesterday, the apex court had agreed to hear a plea of medical aspirants, who claimed that the answer key of five questions asked in NEET(UG)-2019 exam was wrong and the paper needs to be quashed.

The petition filed by four Hyderabad-based students — Kayathi Mohan Reddy and three others through advocate Mahfooz Nazki, said that National Testing Agency (NTA) which conducted the exam issued wrong answer keys and therefore jeopardised the career prospects of the aspirants who sat for the exam.

The exam was conducted on May 5 and the official answer key was issued on May 29 to the questions asked in the examination.

“Upon perusal of the key, the petitioners were shocked to note that answers to a number of questions were demonstrably wrong,” the plea said.

The students said they gave the representation about the errors in the official answer key on May 30 and subsequently on June 5, a revised answer key was published.

“Pertinently, no option was given to the candidates to file any objections. To the shock and chagrin of the petitioners, not only did the key continue to have errors, some answers that had been correctly notified earlier, stood changed to a wrong answer,” the petition said.

“…it is thus ex-facie evident that the whole exercise of examination conducted by the respondent no. 1 (NTA) is grossly illegal, arbitrary and impinges upon the constitutional and fundamental rights of the Petitioners herein and is vitiated in terms of the law laid down by this Court”, it said.

The plea said, “The respondents have not only failed to rectify the defects/errors in the question papers but have also refused to accept any representations sought to be made by the petitioners in respect of the revised key. The whole process is, therefore vitiated and is liable to be set aside”.