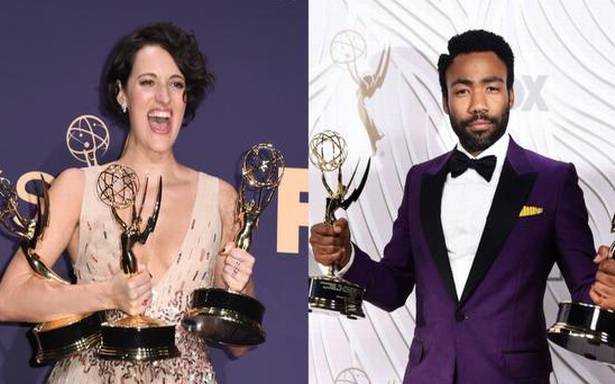 Amazon Studios announced today that the award-winning writers, producers, and actors Donald Glover (Atlanta) and Phoebe Waller-Bridge (Fleabag) will create and star in Mr. and Mrs. Smith, a new series based on the 2005 New Regency film. There are so far no updates on who else the series will be casting.

The 2005 feature film Mr. and Mrs. Smith, from New Regency and starring Brad Pitt and Angelina Jolie, grossed US$487 million worldwide during its release. It follows a husband and wife struggling to keep their marriage alive until they realise they are both secretly working as assassins. Unfortunately, their next respective assignments require them to kill each other.

This is not Glover and Waller-Bridge’s first time teaming up; in 2018, they co-starred in Solo: A Star Wars Story.

Waller-Bridge is a multi-award-winning writer and actor, known for the BBC 3/Amazon series Fleabag, in which she starred, created and produced. Waller-Bridge won three Primetime Emmy Awards, two Golden Globe Awards, two Critics’ Choice Awards, in addition to a BAFTA Television Award. As a writer and producer, Waller-Bridge is known for her work on the first season of the critically-acclaimed BBC America series Killing Eve. She contributed to the script of the latest James Bond film, No Time to Die, which will release later this year. On television, she has been seen in Crashing, which she also wrote, Broadchurch, and Run, which she executive produced with Vicky Jones. On film, Waller-Bridge has appeared in Goodbye Christopher Robin, and The Iron Lady.

Meanwhile, Glover — also known as musician Childish Gambino and mcDJ — has won two Primetime Emmy Awards and two Golden Globe Awards. His hit single ‘This is America’ won him four Grammys, too. He has starred in successful televesion shows such as Community, 30 Rock, and in film voiced Simba in 2019’s Lion King, and starred in The Lazarus Effect, Spider-Man: Homecoming, and Magic Mike XXL. Glover is also the writer behind award-winning series Atlanta, and the Rihanna-starrer Guava Island in which he also starred. He served as an executive story editor for 30 Rock, too.

“Talk about the dream team! Donald and Phoebe are two of the most talented creators and performers in the world. It’s truly a dream for us, as it will be for our global audience, to have these two forces of nature collaborating as a powerhouse creative team,” says Jennifer Salke, Head of Amazon Studios, in a statement. “Mr. & Mrs. Smith is an iconic property, and we can’t wait to see how Donald, Phoebe and Francesca make it their own. We’re thrilled to be working with them, and with such great partners at New Regency.”

Mr. and Mrs. Smith will kick off exclusively on Prime Video in more than 240 countries and territories worldwide.