In Karnad’s imagination there were no boundaries, his pursuit of art and truth had an unfailing honesty

Art is a deceptive word. Its sheer utterance convinces us that, within its interior, exists a magic potion which brings life together in all its profundity. It also suggests that the various mediums of art are somehow connected through a mystical channel. There cannot be anything more untruthful than this. Art has no unseen powers of its own, and it is also a deeply divided world. What art offers is unknown doors and windows through which we can perceive life. It is the responsibility of the artist to knock on the doors and open the windows.

Girish Karnad not just knocked on the doors; he broke a few down. The windows remained ajar until his very last breath. He saw an universe where nothing was beyond reach, unquestionable or passé. In his imagination, everything converged into a moment, his moment of happening and all that was strewn across lives and spaces became his story, screenplay, and characters.

He was a traditionalist in the sense of someone who continued with the Indian tradition where each storyteller creates realities from realities, stories from stories. Much like A.K. Ramanujam suggested in his seminal essay, Three Hundred Ramayanas, Girish Karnad created numerous mythologies of his own, never bound by any one narrative. In Girish Karnad’s hands, every character, place, event and possibility flew in directions unseen. But all of them had a purpose and that was his today, the world around him, and his own turmoil.

I also said earlier that the world of art is a divided house. But it is not a singular division; it is so fragmented that we rarely listen or see each other. When we encounter one another, more often than not we are lost and floundering. Hence, it is not surprising that the art we make is just pleasurable and nothing more. Girish Karnad had this ability to walk across oceans of difference in culture, language, tradition, craft, technique and intention and somehow immersed himself in numerous art forms. This did not mean he understood the grammar of these forms, but that he was able to experience the aesthetic in its completeness. We often use the word inter-disciplinary just because people dabble with different things. But here was an inter-disciplinary artist who was able to charge his life with the sensibility of multiple artistic traditions. He remained seated in his domain but allowed the fragrances from the ‘others’ to permeate his work.

Another often heard title is that he was a public intellectual. You could define a public intellectual as one who ruminates on issues of existence with openness so that everyone might engage with them. It is understood that such an individual has reflected upon the questions that he or she poses. I would go a step further and say that this individual also has the unique ability to distance herself or himself (a form of selflessness) from the discourse at hand. The truth of the matter is that there have been and there are very few who would fit this description. Girish Karnad was a rare public intellectual. The words and the actions of his characters were Girish Karnad’s open deliberations. This might be true of many playwrights and storytellers, but what set Girish apart is the unfailing honesty that remained in each of his telling. This did not mean he was always right or had the answer; it just meant that he was willing to be wrong. Not once can he ever be faulted for being dishonest or obligational. He always said what he wanted and that is exactly why his stories always hit us hard; they were mercilessly true. Here was a fearless man who was not limited by boundaries.

I will end with a personal story. When I was to perform on November 17, 2018 in New Delhi, a concert that had been ‘postponed’ under unusual circumstances and was then re-organised by the Delhi government, he sent me a kind email, which said:

More power to you! May the horizons resonate with your voice.

Girish Karnad treasured this country as a land of multiple voices, of disagreements, the non-singular and frontally took on right-wing bigotry. He was not just personally courageous, but was also always there for friends and co-travellers.

The author is Carnatic vocalist, public speaker and writer on human choices, dilemmas and concerns 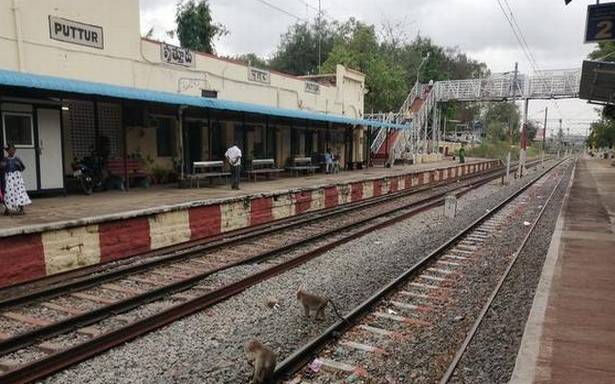