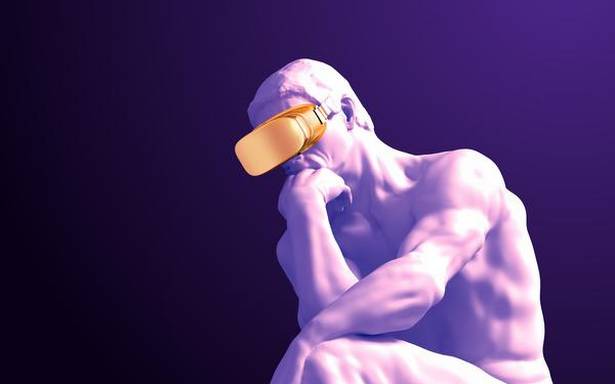 How artists and institutions have stepped into the digital universe with great resilience during the pandemic, even as they long for the rush of going live again

In October 2020, folk artist Jatwang Wangsa, from Arunachal Pradesh’s Wancho community, donned an outfit usually reserved for special occasions — a traditional costume complete with headdress. He took a two-hour trek from his remote village of Kamhua Noknu to the district office in Longding tehsil. The occasion? A talk with the audience of ‘Indigenous Wisdom’, an online series organised by the Kolkata Centre for Creativity (KCC), where he would share the cultural practices of his community. The district office was his only access to the Internet.

Meanwhile, in urban India, artists reached online audiences with greater ease, as virtual performances, talks and art walkthroughs became the norm, and Zoom, YouTube, Facebook Live, and Instagram the new venues. Soon after the nationwide lockdown was announced in March 2020, Mumbai’s National Centre for the Performing Arts (NCPA) launched ‘[email protected]’, a digital series that showcased signature performances from their archives. Youth theatre festival Thespo, fuelled by the energy of its tech-savvy young performers, livestreamed performances and created its own podcast and online community network. The Museum of Art & Photography (MAP) in Bengaluru, a work-in-progress, deferred its physical launch and instead showcased its collection digitally. The Jaipur Literature Festival (JLF) garnered over 27 million virtual views. And to the joy of its undying fans, music festival NH7 Weekender was livestreamed to an audience of over 65,000 (with an optional bartending service provided in the safety of viewers’ homes).

Arts practitioners, organisations and institutions around the world have met the challenges posed by the pandemic with agility. For many, the pandemic accelerated the transition to the digital medium; the act of self-preservation often leading to innovation.

“The Internet brought to the forefront unique opportunities for artists and institutions to interact with each other in a varied manner, forging collaborations and creating newer outlets for the arts,” says Smriti Rajgarhia, Director, Serendipity Arts Foundation & Festival. The foundation has conceptualised a publication project in collaboration with the Smart Museum of Art, Chicago, a research volume that “meditates on the nature of art in crisis, developed across continents over Zoom meetings,” she says.

Even before the pandemic struck, MAP — founded with the private collection of entrepreneur Abhishek Poddar — had plans in place for a technological interface with art. MAP Labs, in collaboration with global IT and consulting company Accenture, uses AI to bring to life artists such as M.F. Husain. The artist’s voice has been digitally created using a speech synthesis software, and museum visitors can expect to conduct a conversation with the digital persona.

Before it opens its physical space in Bengaluru, MAP has firmly established its identity and presence in the digital world. Having launched the museum’s collection with the Art is Life festival last year, its varied programmes include Museums Without Borders, a digital collaboration between MAP and institutions in India and abroad, as well as art presented with music, and talks with directors of museums in places as far flung as Benin. “The digital and the physical are two parts of a whole,” says its director, Kamini Sawhney.

Meanwhile, theatre has claimed the hybrid space between live performance and film. The critically acclaimed play Sea Wall by Simon Stephens, starring Jim Sarbh, was filmed in collaboration with BookMyShow at the NCPA and the recorded version premiered online. It was followed by a virtual meet-and-greet session with Sarbh and the director Bruce Guthrie, NCPA’s Head of Theatre and Film. “The accessibility a digital platform offers for entertainment, education, and engagement is something we have only scratched the surface of,” says Guthrie, adding that the digital versions of these performances can never replace the experience of actually being there live. But they can be the next best thing. Having reached international audiences through their performances, the NCPA is now set to launch its own digital platform.

With the digital medium, geography might have become history, but it comes with its pitfalls: global competition, reduced attention spans, digital fatigue. Also, in the race to stay relevant, most virtual programmes were offered free, or for a token fee; this would later pose a problem in an underfunded sector as the pandemic progressed. Both institutions and individuals have had to rely on their own financial reserves for existence, or exit.

But in the hybrid universe that we have come to inhabit, the divide between the two Indias — those with and without digital access — has never been deeper. Within arts and culture, an informal sector in our country, the challenges faced by the performing arts, museums and fine art, and the vast crafts sector, contrast sharply with other sectors such as design and film. As the pandemic unspools, most artists find themselves at a loose end; for some, it is a question not merely of existence, but of survival.

“During the lockdown, folk artists would call, begging for work. It put me through tremendous turmoil,” says Reena Dewan, Director, KCC. For rural artisans, who depend on the village economy and physical markets to sell their art or craft, the lack of work also exacerbated existing social problems such as alcoholism and domestic violence. The situation moved KCC to host the Ami Arts Festival in December 2020, ‘to promote, support, sustain and create opportunities’ for folk artists who were invited to perform and sell their work. These included Pattachitra, Chhau and Dokra artists. The space was offered free and assistance given to facilitate online workshops. Dewan cites the troubling trend of the younger generation of folk artists leaving their homes, heritage and identities to find odd jobs in cities for paltry wages. “Now, we stand to lose years of tradition and heritage, entirely,” she says.

Deborah Thiagarajan, founder of the Madras Craft Foundation and of Chennai’s DakshinaChitra Museum, speaks of the role played by tourism in supporting folk art. “Earlier, tourists bought souvenirs at DakshinaChitra; now the pandemic has affected sales,” she says. Much folk art is also crafted around religious festivals, with musicians hired to play and religious souvenirs bought and blessed in temples. With public festivals cancelled and temples closed, the doors closed to this market too.

DakshinaChitra celebrates the art, architecture and folk culture of South India, while working extensively with rural artists. Its heritage houses and Laurie Baker architecture with open spaces have allowed it to resume hosting its in-house crafts bazaar and LangFest, a multi-disciplinary festival celebrating Tamil. However, while it once hosted artists from rural areas from across the country, it now had to restrict itself to artists from Chennai. Although centred on live experiences, the museum has pivoted to the digital medium; it held a hybrid version of its festival, Utsavam, this March.

State of the arts

In recent narratives, much has been made of ‘Indian culture’. What do we really mean by the term? When we hark back to the days of ancient India, evoking a nostalgia and pride for things learnt from history books and social media, what are we doing to preserve what exists?

Digital communities of arts practitioners were formed, such as the one catalysed by the British Council, the Australian Consulate-General, Goethe-Institut, and arts organisations like the Art X Company. Participants, me included, began to attend workshops, webinars and closed-door meetings that would help us navigate a changed landscape. Through it all, there was a sense of urgency, a sense that if you didn’t swim, the arts would sink.

“The (cultural) sector in India is deeply fragmented and the informality results in a lack of mandate,” says Rashmi Dhanwani, Founder and Director of Art X Company, an organisation that has pioneered arts research, strategy consulting, and cultural development. “Since this sector is informal, overwhelmingly underfunded, international cultural organisations and consulates play a very crucial role in supporting it,” she says.

Art X, with its independent and community initiatives, has played a pivotal role. It works closely with the British Council’s many arts initiatives in India, including Festival Connections and the soon-to-be-launched Festivals From India platform. All this comes under their Festivals for the Future programme, which involves cross-cultural knowledge sharing in partnership with the U.K, and is aimed at strengthening the creative economy of India’s art and culture festivals. During the pandemic, Festival Connections even received a special grant from the U.K. government.

A dancer records her performance for a virtual audience. | Photo Credit: Getty Images

The British Council in India, in partnership with FICCI and Art X, has also published two editions of the extensive Taking the Temperature report — surveys conducted to track the impact of COVID-19 on India’s creative economy. The reports show that given the absence of a central culture policy in India, most initiatives are driven by individual passion and non-profit organisations who struggle to survive. Although States such as Kerala and Assam are case studies for their support of the arts, the picture is otherwise grim; the creative economy is shrinking, organisations are closing permanently, and arts professionals changing careers. “The most affected are freelancers, and large organisations with major overhead costs,” says Dhanwani. “Many have diversified into teaching and conducting workshops for a living.” In contrast, countries such as the U.K. with its Arts Councils, and Germany with its grants for innovation in the arts during the pandemic, ensured that the arts would not just survive the pandemic, but thrive.

Like the British Council, the Goethe-Institut too has long been engaged with the creative community in India. Their digitally-focussed programmes such as C3: Codes, Creativity, Communities, and CMDA Summer School go across geographical boundaries to create digital cultural communities and provide skills training to arts practitioners and administrators. Mumbai-based Harkat Studios, a multi-disciplinary studio with a focus on art, film and new media, is today set to launch the Harkat Virtual Interactive Stage, an innovative online stage supported by the institute. “C3 will look at developing organic collaborations among practitioners from different cultural fields, and depending on how these projects develop, we will consider supporting their production,” says Björn Ketels, Director, Goethe Institut/ Max Mueller Bhavan, Mumbai.

New, privately funded institutions, such as MAP and KCC, have depended on their own resources, or on project-based sponsorships. DakshinaChitra, whose revenue depends on ticket sales, has had it tougher, but CSR activities and sponsorships have helped fund programmes.

A year and a half into the pandemic, what keeps the arts going is the spirit and resilience of the community. This is seen in the survival, twice over, of Puducherry-based theatre institution Adishakti — first, after the death of its founder, theatre stalwart Veenapani Chawla in 2014, and then through these tough times. “In India, the arts run on personal willpower and dedication,” says Adishakti’s Artistic Director and Managing Trustee, actor Vinay Kumar. “The pandemic was challenging, as we had to take care of 20-30 staff members. But we are also privileged to be living together as a resident community and we used the time to rehearse. This has contributed towards our new play, Bhoomi.”

Yet, digital survival aside, as Kumar looks forward to live performances of Bhoomi at Mumbai’s Prithvi Festival next year, he says what’s on every artist’s mind, “There is no joy like being on stage.”

The writer is the author of several Mumbai-themed books, including the novel Wanderers, All.