It seems that the drug scandal has shifted from Bollywood to the South, but with a Bollywood angle nevertheless, as Karnataka CCB raided actor Vivek Oberoi’s residence after his brother-in-law, Aditya Alva, who is a prime accused in the drug racket in Sandalwood, absconded from his home. On the other hand, Kajal Aggarwal’s fiance, Gautam Kitchlu, shared the first pic of them together, which turned out to be a treat for fans. So, let’s meet all the south newsmakers this week… 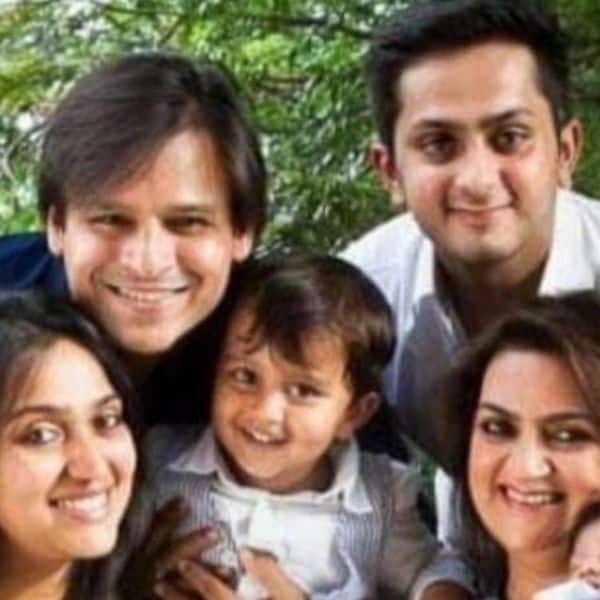 After Bollywood, we saw the drug racket in Kannada cinema getting exposed, and Vivek Oberoi’s brother-in-law Aditya Alva was among the prime accused. After absconding, the Karnataka CCB raided Vivek’s residence and asked about the whereabouts of Aditya. “Acting on information that Aditya was hiding in his brother-in-law’s house in Mumbai, the CCB obtained a search warrant from the court. The search is still on,” said Joint Commissioner (Crime) Sandeep Patil.

Popular South actress Kajal Aggarwal recently announced her marriage with businessman Gautam Kitchlu and while we are waiting for the special day, the entrepreneur recently shared a pic of the duo with an infinity sign. The couple will tie the knot on October 30 in Mumbai.

Prabhas-Saif Ali Khan’s Adipurush to be made on a budget of Rs. 400 crore

While Prabhas and Saif Ali Khan’s Adipurush is yet to go on floors, the film has garnered tremendous buzz due to its scale and cast. Now, the latest reports suggest the makers are investing Rs. 350-400 in the project, which is insane. Rumours also suggest that Ajay Devgn has come on board to play Lord Shiva in the film.

On Pooja Hegde’s birthday, the makers of Prabhas’ Radhe Shyam shared her look as Prerana, where we see her sitting with a smiling visage. The look gave vintage vibes and the Baahubali star was also spotted in the frame.

The makers of Vijay Sethupathi starrer 800 recently dropped the motion poster of the biographical sports drama, and we saw the audience getting impressed with VJS’ perfect look as Muthiah Muralidharan.