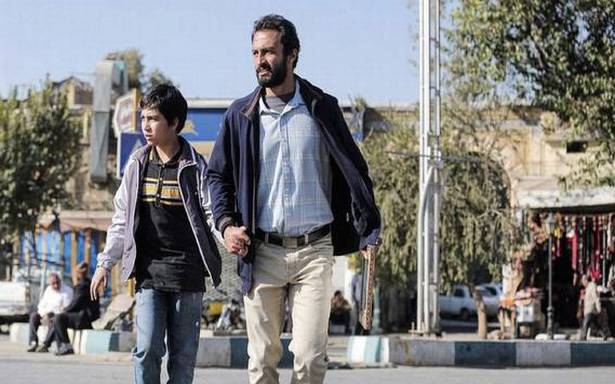 Competing films include Asghar Farhadi’s ‘A Hero’ and Nanni Moretti’s ‘Three Floors’, alongside India’s ‘Invisible Demons’ and ‘A Night of Knowing Nothing’

After more than a year away from its traditional May slot, the venerable Festival de Cannes returns in early July in a physical edition. Even for those of us double vaccinated people, there are Covid tests to be passed and forms to be filled to enter France. For those who are not, there are even more tests and forms, plus a quarantine period. And at the festival, understandably, there are a host of safety protocols in place.

At the end of the day, what awaits us is a feast of cinema. The festival opens with French auteur Leos Carax’s keenly anticipated first English-language feature Annette, a musical starring Adam Driver and Marion Cotillard.

It will close with Nicolas Bedos’ French film OSS 117: From Africa With Love, starring Jean Dujardin, the third instalment of the modern cinematic revival of the beloved 1960s series of films. The first two, set in Cairo and Rio respectively, were delightfully politically incorrect. However, they were made in 2006 and 2009, and since then the world has gone woke with a vengeance, though not France so much, so I retain hopes of some irreverent humour.

A still from The Story Of My Wife | Photo Credit: Special Arrangement

It is a vast programme packed with riches. From the competition section alone Hungarian filmmaker Ildikó Enyedi, who made the terrific On Body and Soul (2017), returns with The Story of My Wife, headlined by Léa Seydoux and Louis Garrel; veteran Paul Verhoeven with Benedetta, with Charlotte Rampling and Virginie Efira; Nanni Moretti with Three Floors, with Anna Bonaiuto, Riccardo Scamarcio and Alba Rohrwacher; Asghar Farhadi with A Hero, starring Amir Jadidi, Mohsen Tanabandeh and Fereshteh Sadre Orafaiy; and François Ozon with Everything Went Fine, starring Sophie Marceau, Charlotte Rampling and Hanna Schygulla.

Fans of Thai maven Apichatpong Weerasethakul will be queuing up for his first English feature Memoria, starring Tilda Swinton. If you ask me to go out on a limb and name just one film that I’d kill to get into, that would be Jacques Audiard’s Paris, 13th District, co-written by Céline Sciamma and starring the redoubtable Noémie Merlant, whose first film as director, Mi Iubita Mon Amour, is also playing in Cannes as a special screening. I’ve watched Audiard’s films, including Dheepan (2015), an unhealthy number of times, and he also directed the last two episodes of season five of The Bureau, elevating it from a very good series to a masterpiece.

India is represented by Rahul Jain, who gave us the searing Sundance winner Machines (2016), and now he tackles the long-standing problem that is Delhi pollution with Invisible Demons. And here I was thinking that the demons in Delhi are very much visible… There is also Payal Kapadia’s epistolary fable A Night of Knowing Nothing, which promises to be dreamy.

I also have great hopes for Singapore-Bangladesh film Rehana Maryam Noor, directed by Abdullah Mohammad Saad of Live From Dhaka fame, and the portmanteau film The Year of the Everlasting Storm, with segments from Singapore’s Anthony Chen (Wet Season) and Iranian master Jafar Panahi. I’ll be back with a post-festival report in a couple of weeks.

Naman Ramachandran is a journalist and author of Rajinikanth: The Definitive Biography, and tweets @namanrs