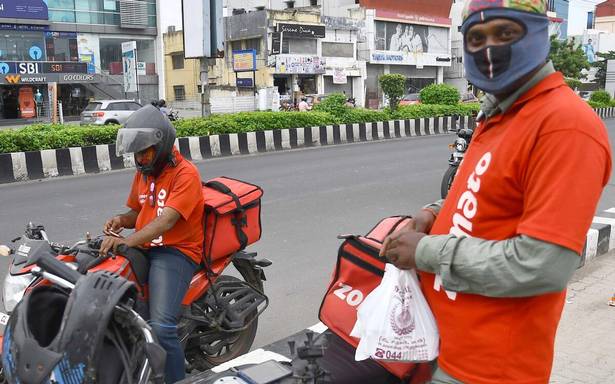 Food delivery platform and restaurant aggregator Zomato on Tuesday landed in a controversy after a customer care agent of the company said "everyone should know Hindi a little bit" and adding that it is "our national language."

Hindi in Devanagari script and English are the official languages of India, while 22 languages have been included in the Eighth Schedule of the Constitution.

After a tweet by the customer, who goes by the handle ‘@Vikash67456607’, triggered a major Twitter backlash with trending hashtags such as #Reject_Zomato, #StopHindiImposition and #Hindi_Theriyathu_Poda, the company issued a pubic apology in English and Tamil stressing that it stood for diversity.

The company also said it had terminated the agent “for negligence towards our diverse culture”.

However, Zomato founder Deepinder Goyal later took to Twitter informing about the company’s decision to reinstate the employee, saying she should not have been fired over this issue and that “she can learn and do better about going forward”.

Commenting on the social media outrage over the issue, Mr. Goyal said the country needed a higher tolerance level than it had.

“An ignorant mistake by someone in a support centre of a food delivery company became a national issue. The level of tolerance and chill in our country needs to be way higher than it is nowadays. Who’s to be blamed here?” he asked.

“And remember, our call centre agents are young people, who are at the start of their learning curves and careers. They are not experts on languages and regional sentiments. Nor am I, btw,” Mr. Goyal further said, defending Zomato’s young employees.

Earlier, Vikash tweeted he had ordered food using the Zomato app and complained that an item was missing.

“Customer care says amount can’t be refunded as I didn’t know Hindi. Also takes lesson that being an Indian I should know Hindi. Tagged me a liar as he didn’t know Tamil. @zomato not the way you talk to a customer,” he tweeted and tagged the company while sharing screenshots of his purported chat with the customer care agent in question.

After the tweet went viral, several Twitter users, including some political leaders from Tamil Nadu, pulled up the company for allegedly imposing Hindi.

“The customer care of some companies operate only in select languages. It should be made mandatory for companies to serve their customers in their local language. A customer doesn’t necessarily need to know Hindi or English. #Hindi_Theriyathu_Poda," she wrote on Twitter.

One user with the handle name, @Iamdrgautham, said, “@zomato @zomatocare Hindi is official language for union government. Not National Language of India. If you are providing service in TN, your customer care executive should know Tamil. You provide service to customer and you are paid for that. Don’t teach customer to learn.”

Another person with the handle name, @MuthuKr09565211, said, “India is special because it has many people from different languages and cultures united together in a single country. If u can’t respect other language or cultures, don’t call yourself as an Indian. #HindiIsNotNationalLanguage @zomato #Reject_Zomato.”

Some users also said they uninstalled the Zomato app from their mobiles.

This is not the first time Zomato has attracted controversies.

In April this year, an influencer named Hitesha accused a Zomato delivery man named Kamaraj of assaulting her after an argument over a late delivery. However, within a couple of days, Mr. Kamaraj refuted her claim, saying it was Ms. Hitesha who had abused and hit him. FIRs were registered against both.

In 2019, Zomato had to deal with controversy over communal lines after a man from Jabalpur in Madhya Pradesh refused to accept his food delivered by a Muslim delivery valet. The customer, with the user name Pandit Amit Shukla, also threatened to take up the issue with his lawyer. In its response, Zomato tweeted, “Food doesn’t have a religion. It is a religion.” It received widespread support from netizens as well as from rival companies for its stance.