India have won 28 medals at the Olympic Games. 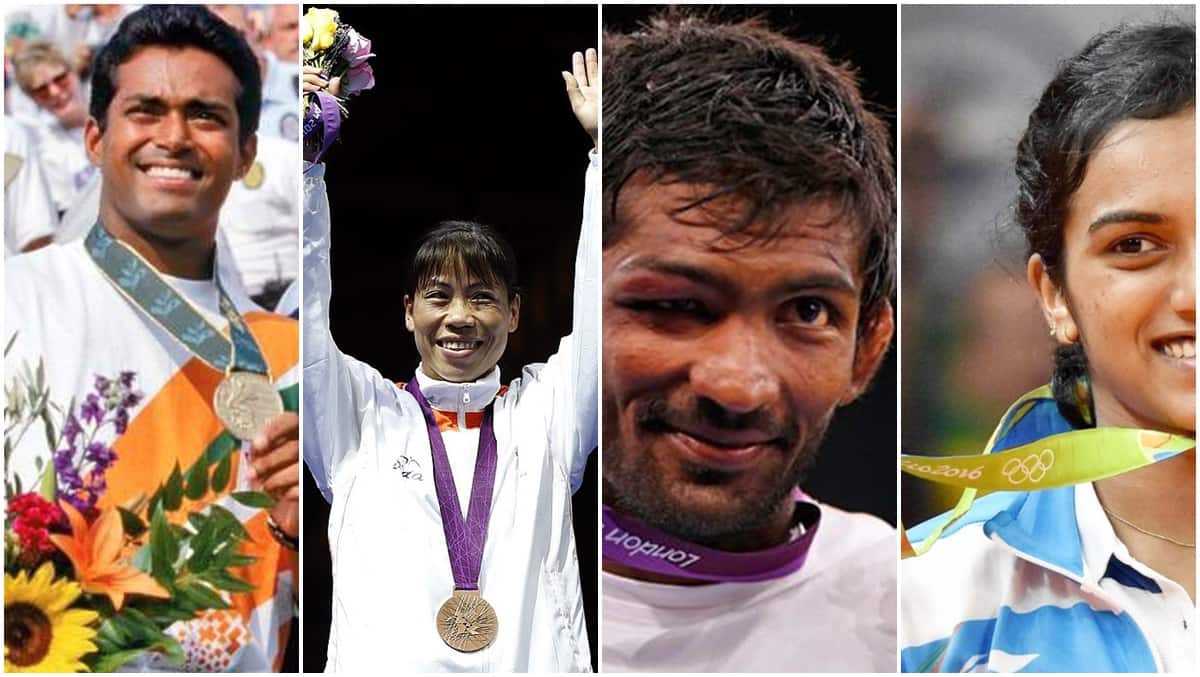 The first modern Olympics were held in Athens, Greece, in 1896 and it took India only four years before seeing their first representation at the Summer Olympic Games. It all started for India in 1900 when they sent lone athlete Norman Pritchard to Paris where he won two medals in Men’s 200 metres and Men’s 200 metre hurdles.

India has participated in every Summer Games since then, sending their first Olympic team in 1920 comprising four athletes and two wrestlers. It was, however, not till 1928 when they saw their next medal and thus began the domination of the Indian hockey team. The pre-Independence Indian hockey team dominated the Olympics from 1928 to 1936 winning an unprecedented three titles. In the 1928 Amsterdam Olympics, India beat Austria, Belgium, Denmark and Switzerland before defeating Netherlands 3 – 0 in the final to claim their first ever gold. 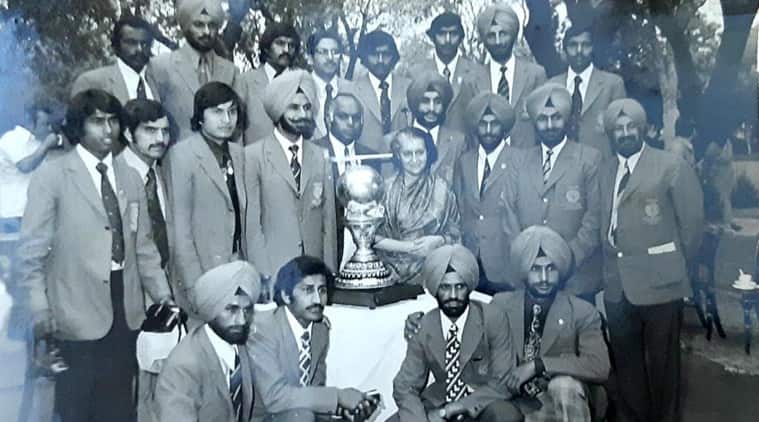 From 1948, an independent India began sending delegations of more than 50 athletes, selected by various sports federations. The delegation was headed by a chef-de-mission. The Indian field hockey team won gold medal at the 1948 Summer Olympics by defeating Great Britain in the final. It was the first gold medal for India as an independent nation.

They continued their dominance by winning the sixth straight title by defeating Pakistan in the final in 1956 Summer Olympics. In the 1960 Summer Olympics the field hockey team lost the final and had to settle for silver medal. Though the team bounced back by winning gold at the 1964 Summer Olympics, India settled for bronze medals in the next two Olympics.

In 1976 Summer Olympics India went home empty handed, the first time since 1928. But they returned stronger than before, winning their Olympic record eighth and last title till date at the 1980 Summer Olympics. 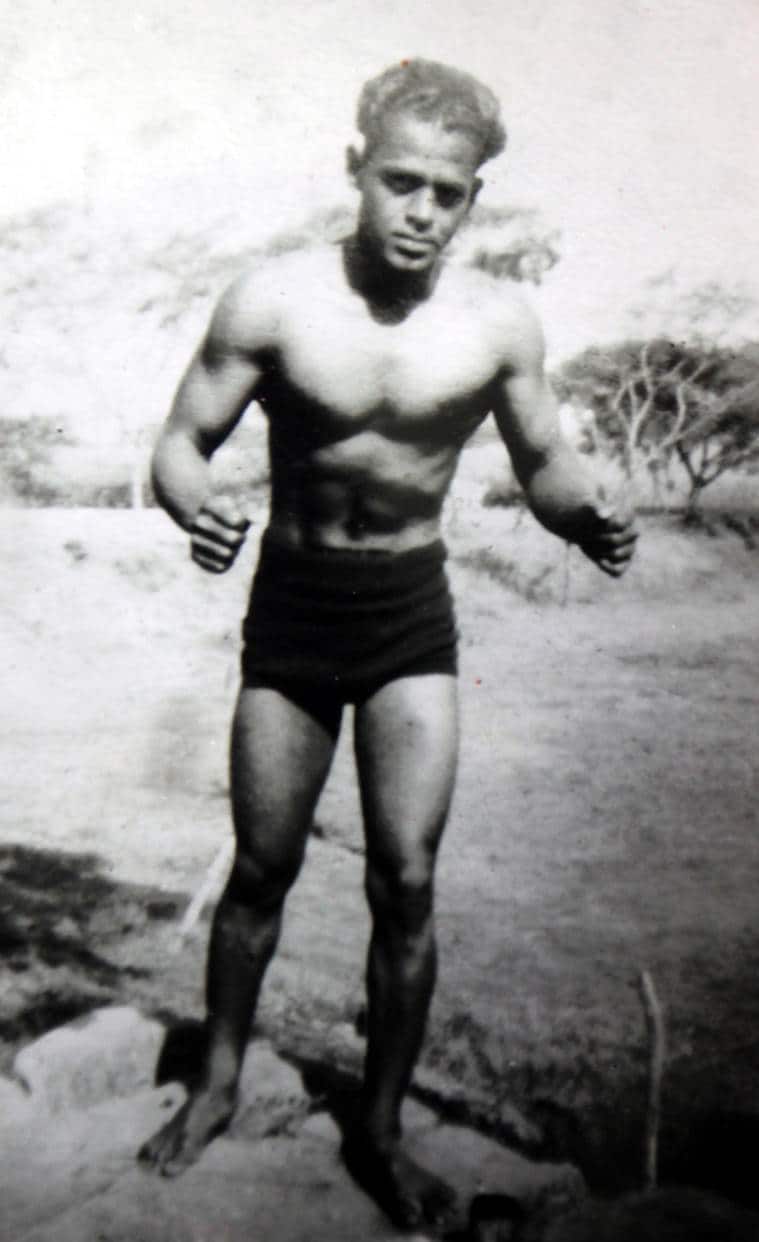 Khashaba Dadasaheb Jadhav created history, becoming the first Indian to win an Olympic medal (bronze) in an individual sport at the Helsinki Olympics. The 27-year-old had initially found himself being overlooked in the squad for the 1952 Olympics. He wrote to the Maharaja of Patiala, who was a patron of wrestling and had a say in the selection. The Maharaja convinced authorities to hold a bout again that paved the way for Jadhav to create history for the country.

Helsinki was the last Olympics he would compete in. In 1955, Jadhav joined Maharashtra Police as a sub-inspector. He had set his sights on the next Olympics but a serious knee injury held him back. He did not give up on wrestling, though, winning bouts at police games, and training many cops in the sport. He died in 1984 in a road accident.

First and only medal in tennis: Atlanta 1996

Inspiring a generation to take up tennis in a country obsessed with hockey at that time, one of India’s most famous and decorated tennis players Leander Paes reached the semi-finals of the men’s singles event at the Atlanta Olympics. Paes was up against Andre Agassi in the semi-final whom he lost to by a score of 7-6, 6-3. The medal was a huge achievement for India after they returned medalless from three successive Olympics. 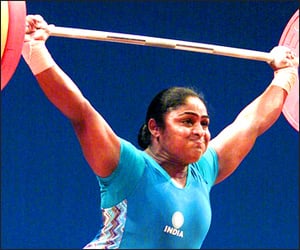 First-ever Indian woman to win an Olympic medal, Karnam Malleswari brought won a bronze medal in the weightlifting 69kg women’s category of Sydney Olympics. She lifted a total of 240 kg in the course of her event. 110 kg came in the snatch category while the other 130kg came in the clean and jerk category, both of which were enough to win her the medal.

Rajyavardhan Singh Rathore, who has also served as India’s Union Minister for Sports, not only became the first shooter from the country to bag the silver medal at the Olympics, but he is also the country’s first individual silver-medallist at the Games.

Qualifying for the finals with a score of 135 out of 150 which placed him 5th overall, Rathore finished second in the double trap event at the Athens Olympics. Consistent shooting in the final took him to a total of 179, just one over the third position 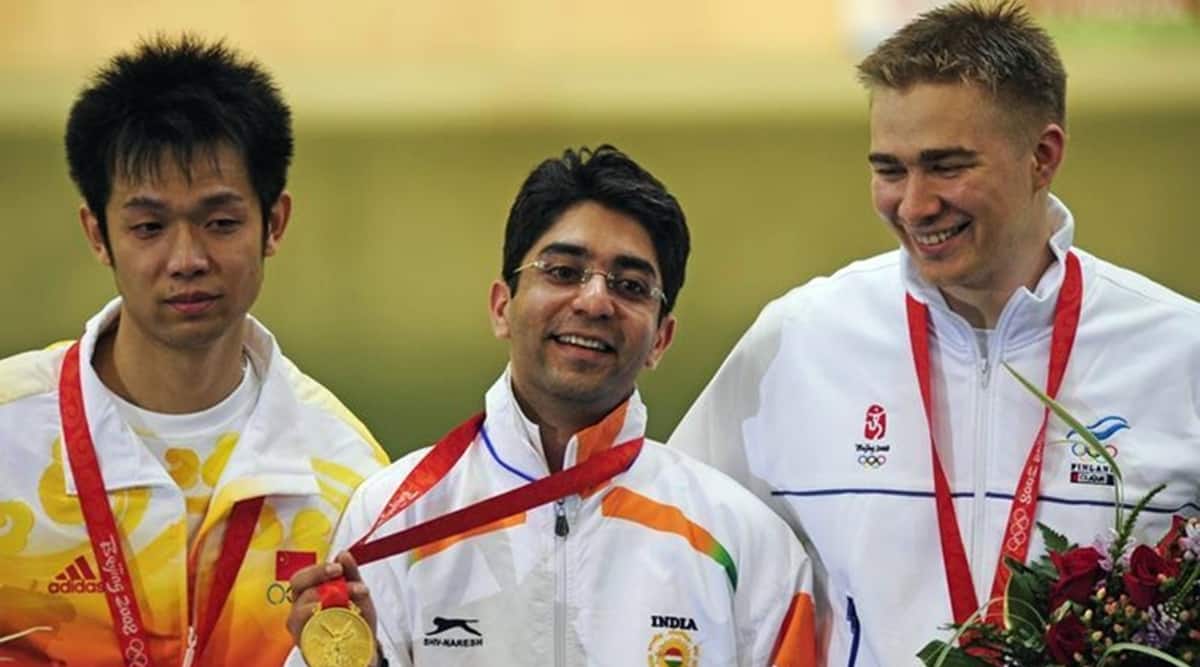 Still remaining India’s only Olympic individual gold medalist, Abhinav Bindra improved on Rathore’s medal colour, finishing top in Men’s 10m Air Rifle category with a score of 700.5. After finishing fourth in the qualifications, Bindra had a fine run of shots, all above the 10.0 mark. In his final shot, he was tied with fellow competitor Henri Hakkinen and it was a shot of 10.8 in Bindra’s favour that won him the first position.

That was not the only medal India won at the Beijing Olympics. The country returned with two more medals, both bronze, in boxing and wrestling. 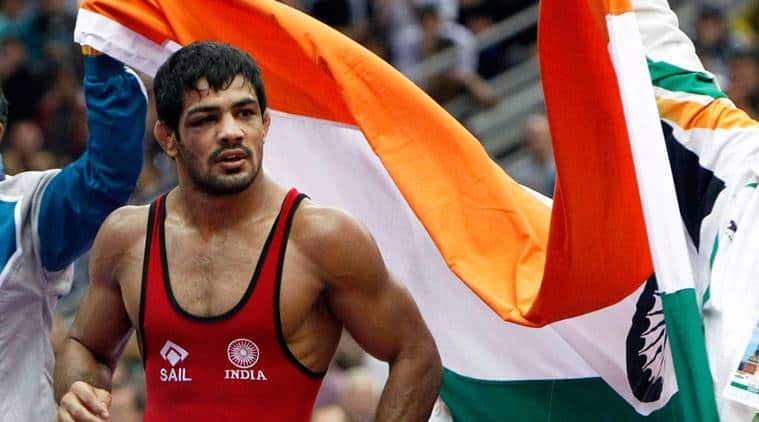 And after a gap of 56 years, Sushil Kumar added a medal to India’s wrestling tally by winning a Bronze in the men’s freestyle (66kg) category. Losing the first round, Sushil was heavily dependent on the repechage round for his medal. A series of three bouts in a span of 70 minutes saw him through and he reached the semi-final, beating Leonid Spridonov by a score of 3-1, thus bringing home a bronze. 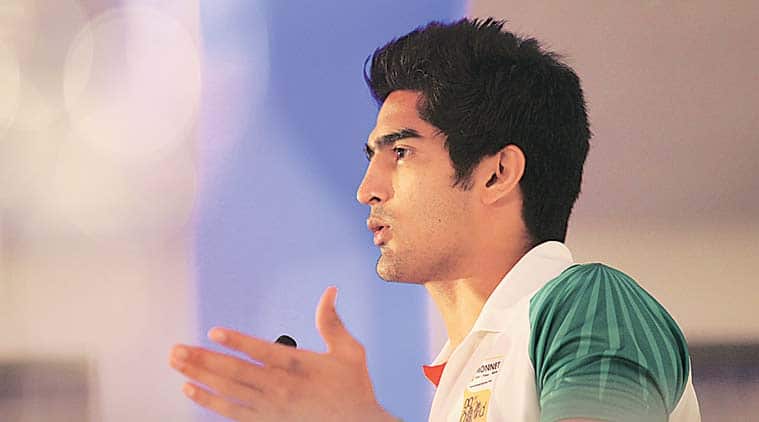 Vijender Singh became a common name in the Indian household after winning bronze at the Beijing Olympics, bringing boxing to the forefront. He sailed through the semi-finals where he lost out to Emile Correa of Cuba by a close score of 5-8. Both Vijender and Sushil received Khel Ratna Awards for their achievements that year. The London Olympics in 2012 has been India’s best Olympics performance so far with a total of six medals, doubling the country’s record of the last Games.

It was a historical milestone for Indian sportswomen as shuttler Saina Nehwal and boxer Mary Kom won bronze in their respective sports in London. World junior champion Saina became the first Indian athlete to win an Olympic bronze medal in the women’s singles.

Meanwhile, Mary Kom lost to Great Britain’s Nicola Adams in the semi-final match to settle for bronze in the first-ever women’s flyweight event. 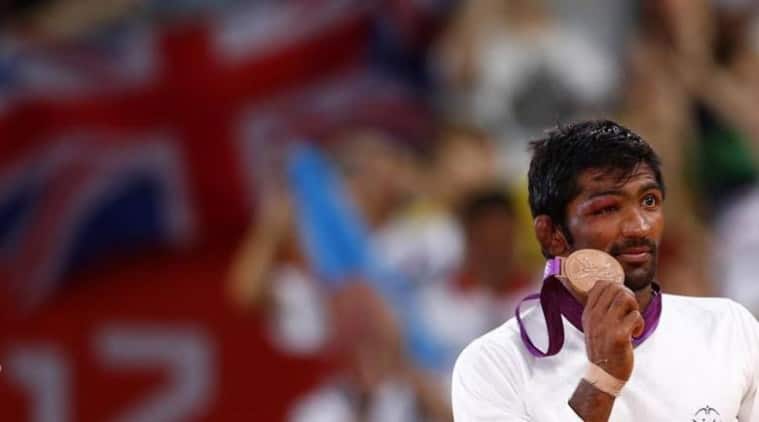 India’s flag-bearer at the opening ceremony, Sushil Kumar improved on his bronze to claim his second and India’s first silver in wrestling. Meanwhile, Yogeshwar Dutt clinched a bronze medal in the men’s freestyle (60kg) category to become the third Indian wrestler to win an Olympic medal. 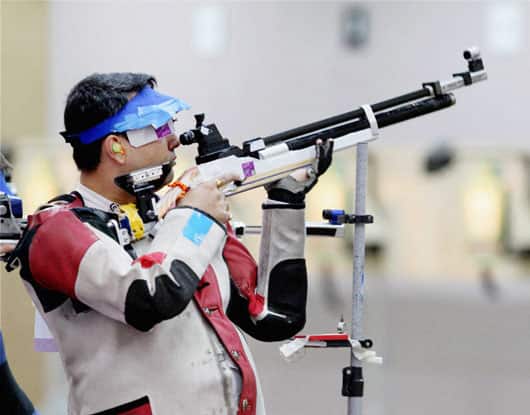 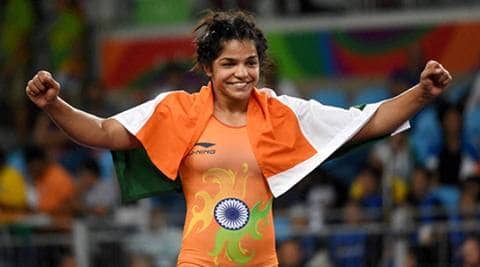 In a traditionally male-dominated sport, Sakshi Malik became the first Indian woman wrestler to win an Olympic medal with her bronze medal finish in the Women’s freestyle 58 kg category. After losing to eventual finalist Valeria Koblova of Russia in the quarterfinal, she qualified for the repechage round where she defeated Pürevdorjiin Orkhon of Mongolia in her first bout. In the bronze medal match-up, she was up against Aisuluu Tynybekova and was initially losing her bout by a score of 5-0 at one point. She made a remarkable comeback to win 8–5. 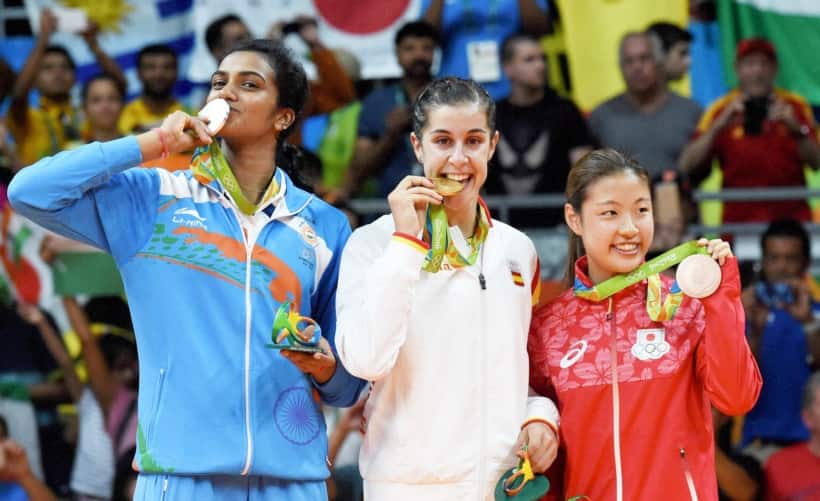