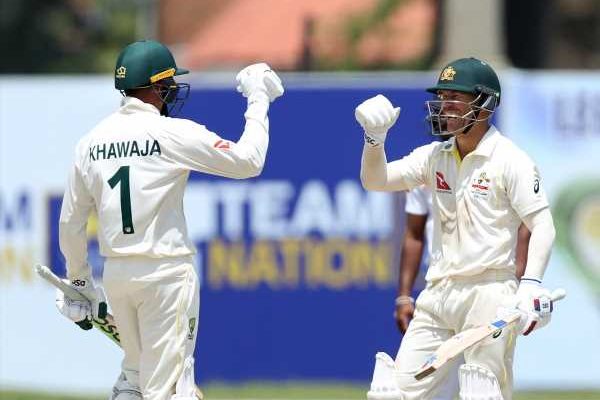 Australia beat Sri Lanka by 10 wickets inside three days of the opening Test in Galle on Friday to take a 1-0 lead in the two-match series.

Sri Lanka, who had conceded a 109-run lead, were bowled out for 113 in their second innings as Nathan Lyon (4-31) wrecked their top order and part-timer Travis Head (4-10) polished off the tail. Needing only five runs to win, opener David Warner hit Ramesh Mendis for a four and followed it with a six to seal Australia’s victory in four deliveries.