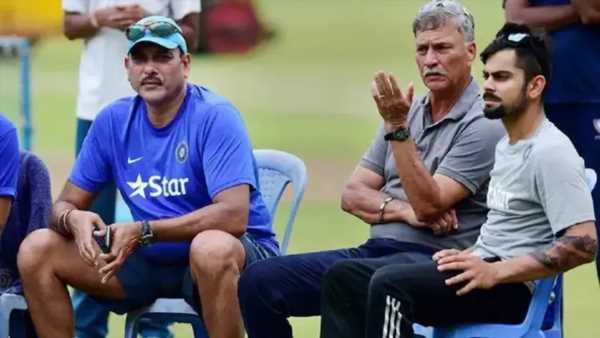 It is widely being reported that Sourav Ganguly‘s tenure as BCCI president may end soon, with Roger Binny the frontrunner to succeed Dada.

‘And I’m extremely happy because he’s a World Cup winner who’s the president for the first time in the history of the BCCI. His credentials are unquestionable. He’s got all the boxes ticked to take up this post,’ Shastri added.

‘Binny is a very amiable guy, he has got a mind of his own. He might not be a flippant type, but when he opens his mouth, I’m sure that he will be heard, especially on cricketing matters,’ Shastri pointed out.

‘One area that he would look into — and Indian cricket must look into — is the fact that you have to make Indian cricket a spectator-friendly sport, so for me, the most important thing is that the facilities at the ground should be upgraded big time,’ Shastri asserted.

‘It should be insisted upon, with the kind of bucks coming into the sport, the kind of people who come into the ground, they’ve got to get the best facilities. If that happens, the popularity of the sport will soar even further,’ Shastri stressed.

‘Being a cricketer himself, he will ensure that the interest of cricketers is paramount, not the A tier that will sustain itself, but the grassroot level,’ Shastri, who is also a colleague of Binny’s daughter-in-law Mayanti Langer Binny in the Star Sports commentary box, added.