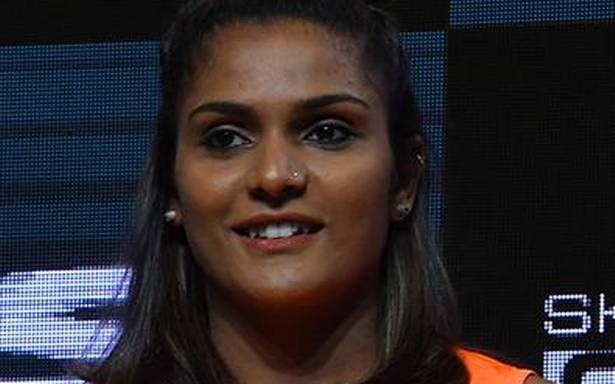 Training under new strength and conditioning coach Jane Tornqvist of Sweden for the past two months has paid rich dividends to the Indian women’s football team ahead of the upcoming AFC Asian Cup, feels goalkeeper Aditi Chauhan.

Tornqvist is a former Sweden international and she has played under current India head coach Thomas Dennerby at the club level as well as in the national team. After retirement she became a strength and conditioning coach.

Aditi believes that morning sessions in the gym with Tornqvist have helped her become a lot more agile on the pitch.

“Ever since Jane has joined, it’s made a huge difference. As a goalkeeper, I can see the change in my movements on the pitch. I feel stronger, my jumps are higher, and my kicks are longer,” said Chauhan.

“It’s all about knowing which parts of your body to work on to gain the extra yard on the pitch, and she really brings in that knowledge,” she was quoted as saying in a release issued by the All India Football Federation.

“And these things really matter in tournaments where you have back-to-back matches with little time for recovery.” Tornqvist, on her part, said the Indian players have become stronger and more agile.

“I think the players have started to understand the importance of strength and conditioning, once they started seeing the results on the pitch,” she said.