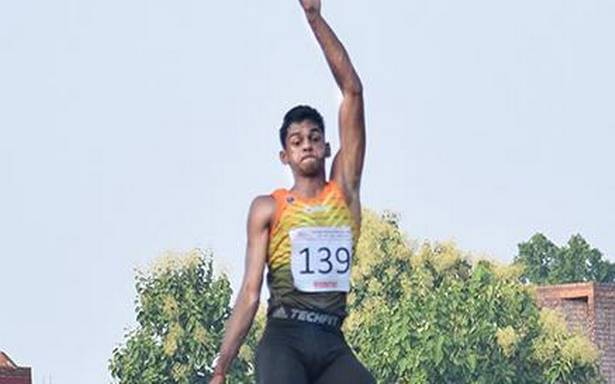 Sreeshankar, Tajinder and Annu to have new coaches

They all broke national records this year but the slump in their performance at the Tokyo Olympics has forced the Athletics Federation of India to change the coaches of long jumper M. Sreeshankar, shot putter Tajinderpal Singh Toor and javelin thrower Annu Rani.

“Sreeshankar’s coach, his father (former international S. Murali), had given in writing that if he did not perform at the Olympics, if he did not cross 8m, he will stop coaching him and he will listen to us and we can get him another coach, foreign coach or whatever. The first action has already been taken, we have changed his coach,” said AFI president Adille Sumariwalla after the federation’s executive council meeting in Jaipur on Monday evening.

“Annu’s and Shivpal Singh’s coach Uwe Hohn (former world record holder) is also being sent home and we are looking for a foreign coach for Toor.” Two new javelin coaches will be appointed.

However, the fate of Russian Galina Bukharina, the relays and quartermilers coach, is not clear. For years, the AFI had been harping that the women’s 4x400m relay team had the potential to win an Olympic medal. This time, however, India could not qualify for the Olympics with many of the leading quartermilers injured.

“We are evaluating the reasons: what happened in the women’s, the injuries, the causes… but don’t forget the men broke the Asian record, so the 400m coach has one good and one bad… we have to evaluate, there is no love for anybody, if you don’t perform, you perish,” said Sumariwalla.

Despite the many setbacks, this has also been India’s best-ever Olympics with javelin thrower Neeraj Chopra bringing the country its first athletics gold. And with three medals coming in the under-20 Worlds in Nairobi, the AFI has decided to focus on the juniors in a big way.

Foreign coaches will be brought for the juniors in select events like the 400m, javelin throw, long jump, triple jump and race walking. They will have more competitions too.

The AFI president also revealed that Tata Steel will be the host of the National Open championships for the next five years in Jamshedpur.