Amit's silver is the second medal for India at this meet. On Wednesday, the Indian mixed relay team won a bronze medal on the opening day. 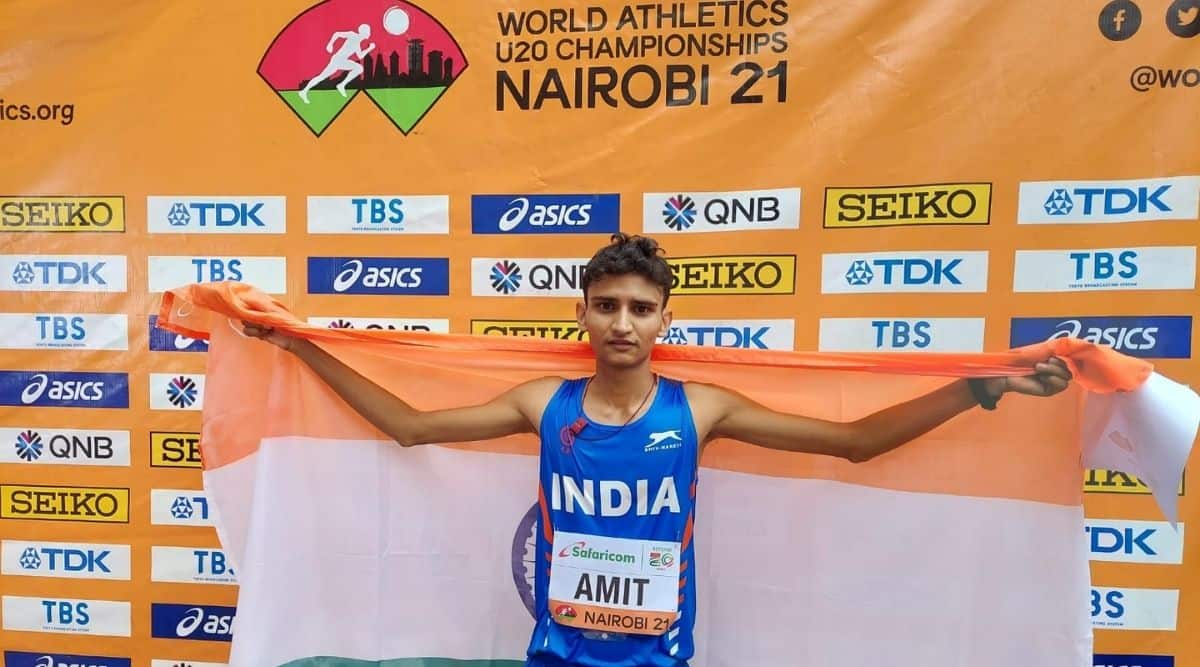 India’s Amit Kumar bagged a silver medal when finished second in the men’s 10000 m race walk event of the World Athletics U20 Championships at Kasarani Stadium in Nairobi, Kenya on Saturday, with a time of 42 minutes 17:94 seconds.

Amit’s silver is the second medal for India at this meet. On Wednesday, the Indian mixed relay team won a bronze medal on the opening day.

Hosts Haristone Wanyonyi won a rare gold with a time of 42:10.84s and Paul McGrath took home bronze in 42:31.11s.
Amit was leading all through but diverted his focus with two laps to go in the 25 la event when the Kenyan sneaked past the Indian in the final stretch for gold.

“As it’s (Nairobi almost 2000 metres) a high altitude so breathing problem for me. It was my first international competition and I won silver for India. I’m happy that at least I could fulfill the hopes of India,” said Amit after the performance.