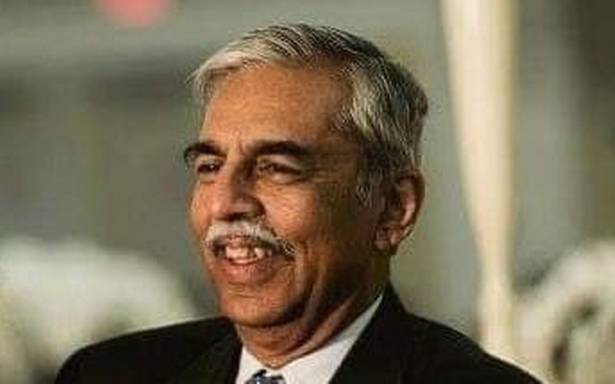 He’s gone far too soon and well before his time, but I’m sure that the stalwarts of the industry who had preceded him must have welcomed him into their midst with open arms. Anil is survived by wife Sreedevi and sons Rajiv, Karun and Akshay. The family had migrated to Canada many years ago, where Anil set up and established the very successful Galaxy Bloodstock Services, with clientele across the globe.

He was a bloodstock agent, journalist (columnist for The Hindu also), author, statistician for whom horse racing and breeding was a passion. I was fortunate to have been associated with Anil as far back as the early 1980s, in Mumbai. He ran an organization called Indian Turf Services, with an office on Veer Nariman Road, just next to Flora Fountain. I worked for him and could never have hoped for a better boss or teacher. It was a learning experience that I will always treasure and it cemented a friendship that would last decades.

Few people will remember that it was Anil who arranged one of the largest consignments of mares and stallions for breeding to come into India on a single jumbo jet. That was in 1983 or 1984 and it was only his meticulous planning and eye for detail that saw the entire operation go off without a hitch.

The flight landed in Sahar Airport in Mumbai and over 40 horses were unloaded, cleared through customs and transported into quarantine stables at Mahalaxmi. Close to an identical number remained on board the plane and they were unloaded in Delhi.

In those days, mobile phones didn’t exist and the main medium of communication was the telephone and teleprinter. Despite these restraints, all the horses reached their destination safely. The entire operation, right from sourcing some of the horses and arranging all the copious amount of paperwork, was handled by Anil and Indian Turf Services.

If that wasn’t something to be proud of, Anil’s love for facts, figures and statistics, saw the emergence of a publication called the Indian Turf Statistical Review which was a veritable encyclopaedia on breeding and racing stats in India.

In fact, when the Turf Authorities Of India introduced the ‘Classic Racing Awards’ in 1998, to honour the Champions of the Indian Turf, it was Anil who was requisitioned to provide all the data in compiling the details that would determine the winners each year. It was a service he would continue to provide until October 2020.