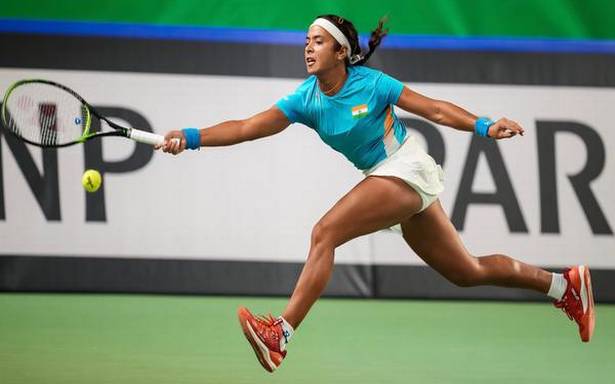 Recounts her ordeal with COVID-19; Expresses gratitude for the support

It was a hectic, but a whole lot rewarding season for Ankita Raina.

As she was getting ready for another season, the 28-year-old Ankita was forced to take time off, following a positive COVID-19 test on her return from Paris.

“I am looking forward to the season, starting with the Australian Open. I will have a different perspective now. It will definitely help me’’, said Ankita who could not get into the chartered flight to Melbourne in Dubai as planned, by the end of December.

“I have learnt that you can’t plan all the time. At times, something completely different happens, throwing all plans in disarray’’, said Ankita, after successfully negotiating the compulsory rest, which brought her brother and mother to the Capital from Pune, to lend her support.

Of course, there was no dearth of support, both physical, medical or moral, as the Sports Authority of India (SAI), her employer Oil and Natural Gas Corporation (ONGC) and the medical teams swung into action to leave a lasting impression on Ankita.

It was an unscheduled Christmas vacation for her, and she made the best of it with a lot of reading, watching television, apart from recapturing her painting skill, with the kit presented by her doubles partner Rosalie van der Hoek.

“It is my favourite tournament and my favourite place’’, acknowledged Ankita, about the Australian Open in Melbourne.

The good start last season had given “a lot of highlights to look back, in my career’’.

Ankita won her first doubles title at the $250,000 WTA level She was also thrilled to play doubles main draw in all the four Grand Slams.

“I beat the former World No.5 Sara Errani in Mexico. I had returned to India from Australia, and quickly travelled to Mexico. It was a long travel. It was high altitude and the balls were flying. I didn’t have enough practice. In such a situation, to beat such a player was very satisfying.

“ Coach Hemant (Bendre) sir said that he was proud of me. He rarely praises and it was very special’’, recalled Ankita.

It has been a refreshing change from her “robotic routine’’, even though it left Ankita anxious for some time.

“I am keen to get back on court’’, signed off Ankita.