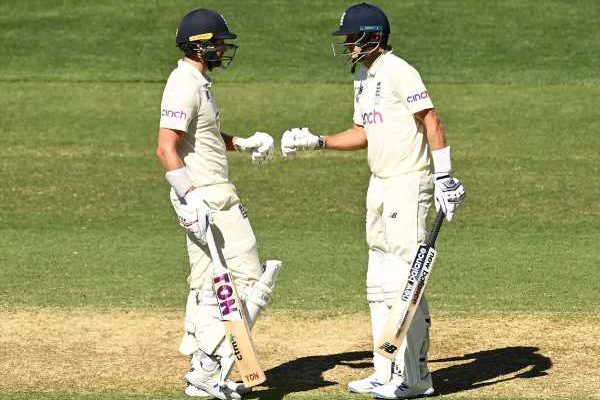 Images from Day 3 of the second Test match between Australia and England at the Adelaide Oval on Saturday.

Root was on 57 at the dinner break, cementing his place as the year’s top test run scorer, while Malan was on 68 with England still 333 behind Australia’s first innings total of 473/9 declared.

Play began 20 minutes early to make up for lost time on Friday night when lightening halted proceedings with England trailing by 456 runs but with eight wickets in hand. Adelaide Oval on Saturday afternoon was a sunny 26 degrees Celcius, and Root and Malan set about making inroads into the daunting Australia total on an afternoon of few chances for Australia’s inexperienced bowlers.

Malan faced 19 balls on Friday night for just one run but was a different player when play resumed, calm and dogged, his 50 coming off 86 balls. Debutant Michael Neser and Jhye Richardson, in just his third outing in the baggy green, opened the bowling but lacked the penetration of the missing pace duo of Pat Cummins and Josh Hazlewood.

England had few worries apart from one unsuccessful review appeal for lbw, when Neser bowled to Root.

Veteran Nathan Lyon was brought on in the 12th over of the afternoon but the off-spinner made little impact, giving away 28 runs in nine overs.