Indians ranked 77th are clubbed with hosts Japan who are nine-time champions and ranked 10th in the world, Qatar 27th and Bahrain 136th in Pool A. 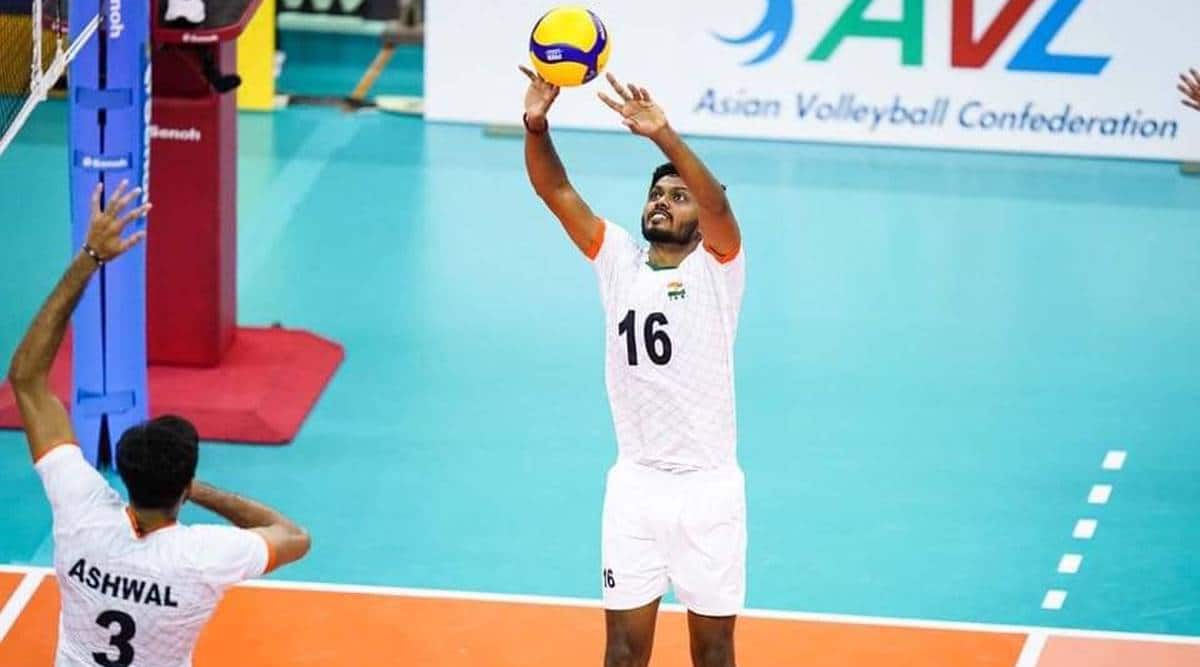 India, ranked 77th and coached by legendary GE Sridharan, committed errors at the reception and in the blocking and failed to recover while going down in straight games 25-27, 21-25, 21-25 to Bahrain who are placed 136th in the world rankings.

In the first set, they were leading 23-21 while in the second the Indian were better at 17-13 before blowing the chances.

On Monday India will take on Qatar, ranked 27th in the world, and on Tuesday they will face hosts and World No.10 Japan who are also top team in Asia, but the hopes of making it to the semi-finals is slender.

But coach Sridharan sounded very confident. “We’re leading 23-21 and a couple of simple errors in the reception cost us the first set. In the second and third sets too we’re neck and neck, but due to errors in the blocking, we lost both the sets and the match. Tomorrow we’re meeting Qatar,” Sridharan told indianexpress.com from Chiba after the match.

“I cannot blame my boys. They actually played well. Those forgettable errors cost us. You should also remember we’re competing after more than 500 days due to the Coviod-19 pandemic. Before coming here we managed to hold a national camp at Bhubaneswar for two-and-a-half months or so. They were rustic but not lethargic. I’m sure they will bounce back strongly against Qatar,” he added. It may be recollected that Indians were not allowed to compete in international events due to factional fighting in the Volleyball Federation of India from 2016 till 2019.

India finished eighth in the last edition in 2019 at Tehran which helped them to qualify here but the best show came in 2005 when they were fourth behind South Korea.

The 16-team championship includes South Korea who have won four times, China and Iran who won it three times each and Australia once apart from Pakistan, Saudi, Thailand, Chinese Taipei, Hong Kong, Kazakhstan, Kuwait and Sri Lanka and are divided into four groups with top two from each group entering the knockout stage. The final is on September 19. World No. 11 Iran are the defending champions.

The continental meet – held simultaneously at Chiba and Funabashi – doubles as a qualifier for the 2022 FIVB men’s world championship in Russia with only finalists making the cut.