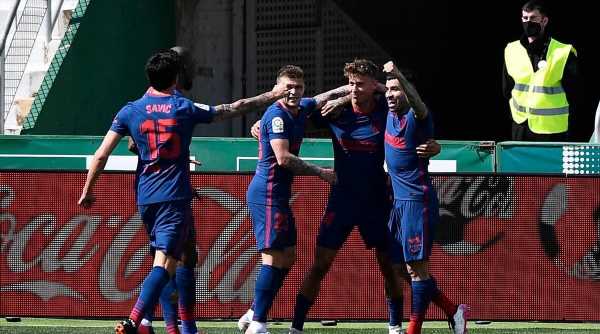 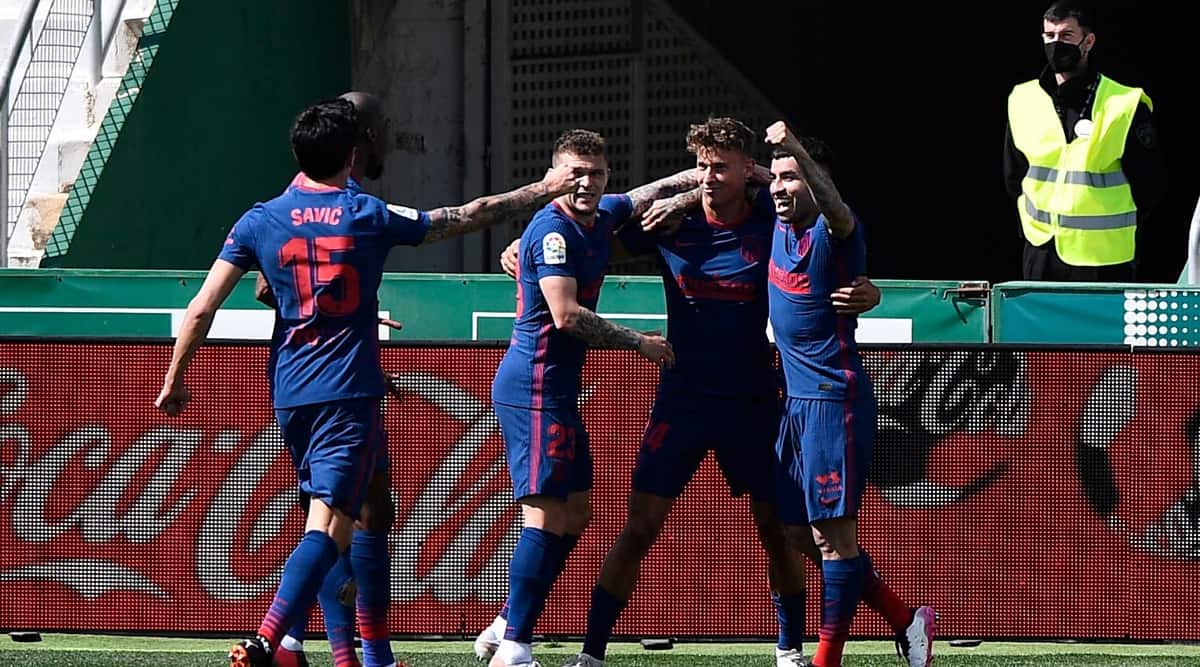 Atletico Madrid stayed in charge of La Liga’s four-way title race by earning a nerve-shredding 1-0 victory at struggling Elche on Saturday, riding their luck to the extreme when the hosts missed a penalty in stoppage time.

Marcos Llorente scored the only goal with a deflected shot in the 23rd minute but gave away the penalty in the 90th after a careless handball as Atleti defended a free kick after sitting on their slim lead rather than looking to put the game to bed.

Elche midfielder Fidel Chaves’s spot kick beat goalkeeper Jan Oblak but came off the post, providing another twist in an action-packed game in which Atletico had two goals ruled out for offside and a penalty award taken away following a VAR review.

Fidel’s spurned penalty threw Diego Simeone’s side a lifeline in the thrilling title race while leaving Elche still 18th and in the relegation zone. They would have moved out of the drop zone if Fidel had scored from the spot.

The win took Atletico to 76 points with four games left but Real Madrid moved two points behind them by beating Osasuna 2-0. Barcelona are third on 71 points and visit Valencia on Sunday. Sevilla, on 70 points, host Athletic Bilbao on Monday.

It was the second time this season Atleti had benefitted from their opponents squandering a late penalty, with Oblak saving from Alaves’ Joselu to secure a 1-0 home win in March.It was also the second stroke of fortune in three days for Atletico, who sank to a chastening 2-1 defeat at Athletic Bilbao last week and looked set to lose top spot to Barca, who then fell to a shock 2-1 loss at home to Granada on Thursday.

Atleti visit Barca next Saturday in what could be a pivotal weekend in the title race, with Real hosting Sevilla the next day.

“Winning today was an obligation and we were able to get the job done,” said Llorente.

“At this stage of the season everyone has so much at stake, whether you’re fighting relegation, going for Europe or the title. Every team is playing as if their lives depend on it.”

Atletico went on the attack early on against Elche and should have taken the lead after a slick move between Angel Correa and Luis Suarez, who could only find the side-netting.Suarez did manage to put the ball in the net soon after following a move with Llorente but was left frustrated again when the goal was ruled out after a VAR review for a fractional offside.

The Uruguayan missed the target early in the second half and then had a second goal chalked off, this time for a clear offside.Suarez was replaced by midfielder Saul late on as Simeone sought to protect Atletico’s lead.

The move almost backfired when Elche’s Antonio Barragan caught sight of goal from close range but volleyed just over the bar.

Fidel’s spurned penalty was an even bigger let off but, somehow, Atletico remain in the box seat in the title race.Llorente added: “I don’t believe in luck. But we’ve got the three points which gives us huge belief for what’s left to come.”