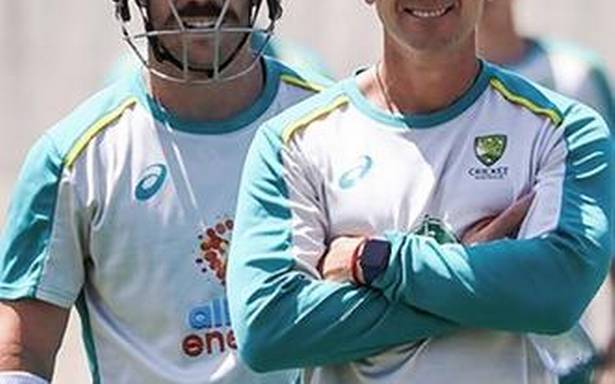 Australia head coach Justin Langer on Tuesday praised the Indian bowlers’ discipline in recent times after the visitors levelled the series with an eight-wicket win in the second Test at Melbourne last week.

Australia has managed to get to 200 only once — in the second innings in Melbourne — and Langer said his team has been working hard to tackle the Indian bowlers ahead of the third Test in Sydney, which begins on Thursday.

“India’s greatest strength over the last couple of series has been their discipline. India has taken a straighter line to a couple of our batters and set the fields accordingly,” said Langer.

The former Australia opener also praised R. Ashwin and Jasprit Bumrah, saying that it has not been easy to score quickly against the Indian bowling line-up, in response to criticism that his side has been batting too slowly.

“We know how we like to play our cricket as Australians, but credit to India… very well-planned. As you would expect, they have discipline in their bowling. And let us not discount Ravi Ashwin. How many has he taken… 380 Test wickets [sic: 375]? The great bowlers are the ones who are hard to score against. Bumrah is up there and Ashwin is up there at the moment,” he added.

Langer also said his team has been working on methods to tackle the spin of Ashwin and Ravindra Jadeja.

“I think we have got to look at our strategies against the Indian spinners. Ashwin is bowling very well, and we have worked hard on that for the last week or so.”

In what would come as a boost to a misfiring Australian batting line-up, Langer confirmed star opener David Warner is highly likely to play in Sydney after recovering from a groin injury.

“He is moving pretty well and is determined to play. He loves the competition and playing Test cricket. So we will get some final eyes on him at training and make a decision, but I would say he is looking very likely to play the Test match,” said Langer.