It will be quite a role reversal with Australia being the proverbial underdogs in Thursday’s semi-final of the Twenty20 World Cup against a red-hot Pakistan who have displayed rare consistency to set alight the tournament.

Aaron Finch’s Australia were written off after losing all five Twenty20 series they played, including in Bangladesh, before heading into the tournament and have not looked entirely convincing despite making the last four.

In a spin-dominated tournament, they have reposed faith in the pace of Mitchell Starc, Josh Hazlewood and Pat Cummins and favoured playing seven specialist batsmen.

Adam Zampa has led their spin attack and with 11 wickets from five matches is the joint-leading wicket-taker of the Super 12 stage of the tournament. 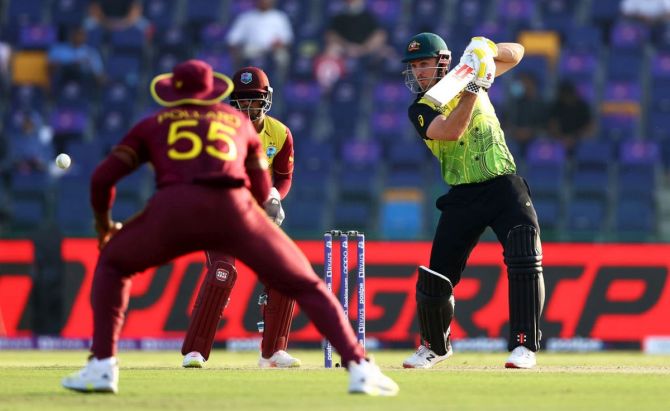 Mitchell Marsh, Glenn Maxwell and Marcus Stoinis have chipped in at different times to play the fifth bowler’s role with Australia refusing to compromise on their batting strength.

“I think you can look at stats and you can deep dive into whether you should be bowling spin or quicks in the powerplay,” Finch said on the eve of the match.

“They’re a world-class trio of quick bowlers and we’ve got Kane Richardson there as well, who’s arguably one of the best T20 bowlers in the world who hasn’t featured just yet.

Finch will hope the ploy works against the tournament’s only unbeaten team who are chasing their second 20-overs world title. 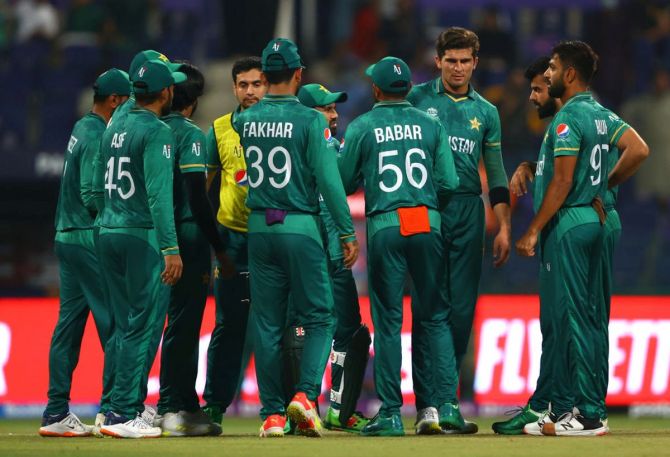 Babar Azam’s side have laid the marker with their unblemished Super 12 run built around their incisive bowling attack and incendiary batting.

Babar has led by example and is the tournament’s leading run-scorer and has a perfect foil in opening partner Mohammad Rizwan, who is number six in that table.

Down the order, they are blessed with the power-hitting skills of Asif Ali and the reassuring presence of veterans Shoaib Malik and Mohammad Hafeez.

Their bowling, traditionally their strong suit, has been equally impressive.

Shaheen Afridi’s left-arm swing has troubled the best batsmen, while spinners Shadab Khan and Imad Wasim have been very impressive.

“We face Australia tomorrow, a country which has been incredibly proud to set high standards in terms of delivery on trophies for its country in World Cups,” Hayden said on Wednesday.

“This is one that it’s never got in the trophy cabinet, so lots of high-stake matches ahead of us now.”

For a team known as much for their surfeit of talent as for their mercurial nature, Pakistan have been a revelation in the tournament.