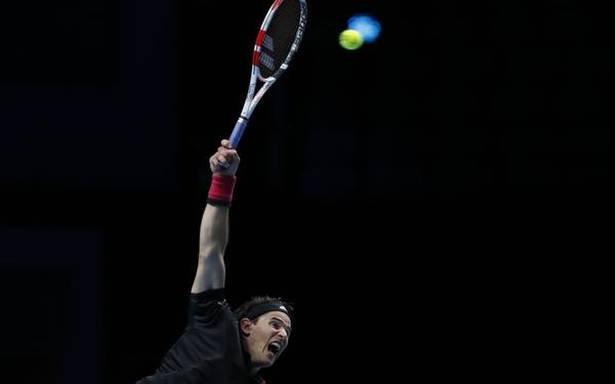 Spectators asked to leave ahead of a lockdown; Karatsev stuns Schwartzman

Local fans had a night to remember as well as one to forget at the Australian Open on Friday after home favourite Nick Kyrgios took U.S. Open champion Dominic Thiem to five sets before spectators were asked to leave ahead of a lockdown in Melbourne.

“There are easier things to do,” Thiem said when describing playing in front of a raucous crowd that will be absent for the next five days.

Top seed Novak Djokovic battled through an injury scare and came through an epic five-setter to beat Taylor Fritz 7-6(1), 6-4, 3-6, 4-6, 6-2 inside an empty arena after fans were asked to leave 30 minutes before midnight.

Second seed Simona Halep eased past Russian Veronika Kudermetova 6-1, 6-3 while seven-times winner Serena Williams was tested in the opening set of her 7-6(5), 6-2 victory over Anastasia Potapova.

Naomi Osaka beat Ons Jabeur 6-3 6-2 with a power-packed performance but also displayed her delicate side when she escorted a butterfly that had settled on her face out of harm’s way.