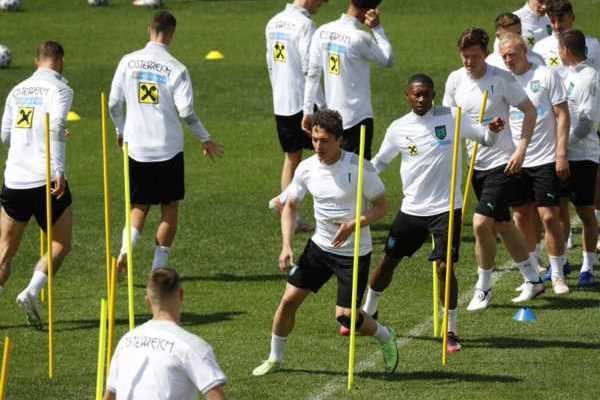 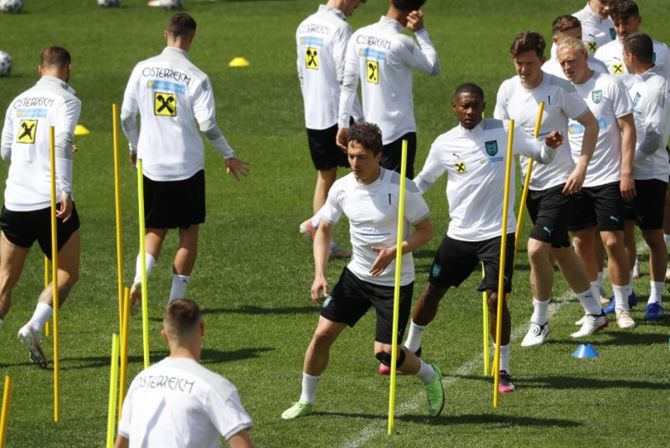 Austria may be awash with Bundesliga talent but they will be under pressure from the start against underdogs North Macedonia on Sunday as they look for their first ever win at the European Championships.

Austria are the favourites in their Euro Group C opener against the Balkan nation, but in their only other appearances at the tournament, as co-hosts in 2008 and in France in 2016, they drew twice and lost four times.

They hope to change that on Sunday, with Ukraine and Netherlands completing Group C and only the top two teams advancing.

“We have huge quality in the squad,” said Austria midfielder Konrad Laimer, who plays for Bundesliga runners-up RB Leipzig. “So it is clearly our demand to come through this group.”

The Austrians, led by new Real Madrid signing David Alaba, have had a far from smooth run-up, having won only one of their last six games — a 3-1 win over Faroe Islands in March — and having gone without a goal for over 300 minutes.

“Friendly matches are there so you can find your footing,” Laimer said. “Now it is about analysis of those matches, improve and on Sunday, deliver the best possible performance. It is then that it matters. That is when points are on offer.”

Austria beat their opponents twice in the qualifiers – a 4-1 drubbing away in Skopje and a 2-1 win at home – making them less unpredictable.

“It makes it easier for us having played them twice,” Laimer said. “Because we know our opponents now. We are hugely motivated and ready to go.”

North Macedonia’s maiden tournament appearance, however, is not enough for the players.

Having gained independence from the former Yugoslavia in 1991, North Macedonia had never come close to appearing on the big stage before a 1-0 win over Georgia in their playoff final via the Nations League propelled them to the tournament.

“I cannot wait for our opening game against Austria,” said midfielder Enis Bardhi, who returned after being sidelined with a positive COVID-19 test in the build up to the tournament.

“We did not come here to be underdogs and merely take part in the tournament. We are here to show the world that we are capable of playing good football,” he said.

“We need to take it one game at a time and be confident that we can reach the knockout stages.”