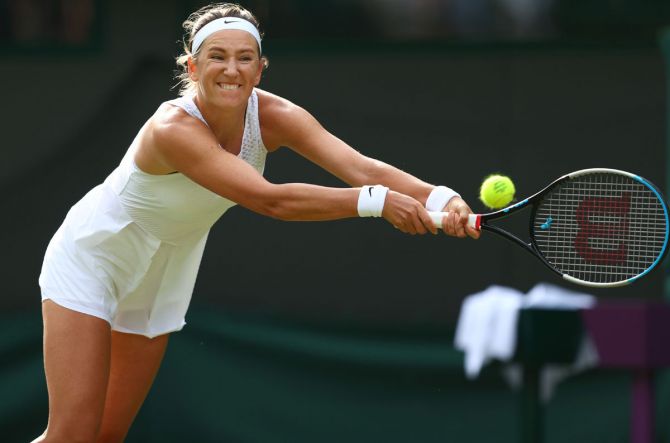 Former medallists Victoria Azarenka and Angelique Kerber on Thursday became the latest tennis stars to withdraw from the Tokyo Olympics.

Azarenka, 31, won a bronze medal for Belarus in singles and a gold in mixed doubles at the 2012 Summer Games in London. Kerber, 33, won the silver in singles for Germany at the 2016 Olympics in Rio de Janeiro.

Azarenka announced her decision on Instagram, citing “challenges” with the COVID-19 pandemic.

“I have many amazing memories winning the gold while competing and representing Belarus in previous Games, but with all the challenges we are facing as it relates to the pandemic, I know in my heart this is the right decision for myself and team,” Azarenka said.

“I look forward to returning to the 2024 Olympics in Paris to represent Belarus! I wish all my fellow athletes a safe, healthy, and successful Games.” The former World No. 1 has captured 21 WTA singles titles, including back-to-back Australian Open championships in 2012 and 2013.

Kerber posted on Twitter that she needs a break for rest and recovery.

“Representing Germany in London in 2012 and Rio 2016 … has always been one of my favorite memories of my career so far,” she said. “This makes it even more disappointing for me to accept the fact that my body needs rest after the intense few weeks that lie behind me and that I have to recover first before returning to competition later this summer!

“Thank you for your support, as this has been a very difficult decision for me. Good luck to all my fellow German athletes in Tokyo #TeamDeutschland, I will miss you.”

Other stars who are skipping the Summer Games in Japan include Serena Williams, Bianca Andreescu, Rafael Nadal and Dominic Thiem.